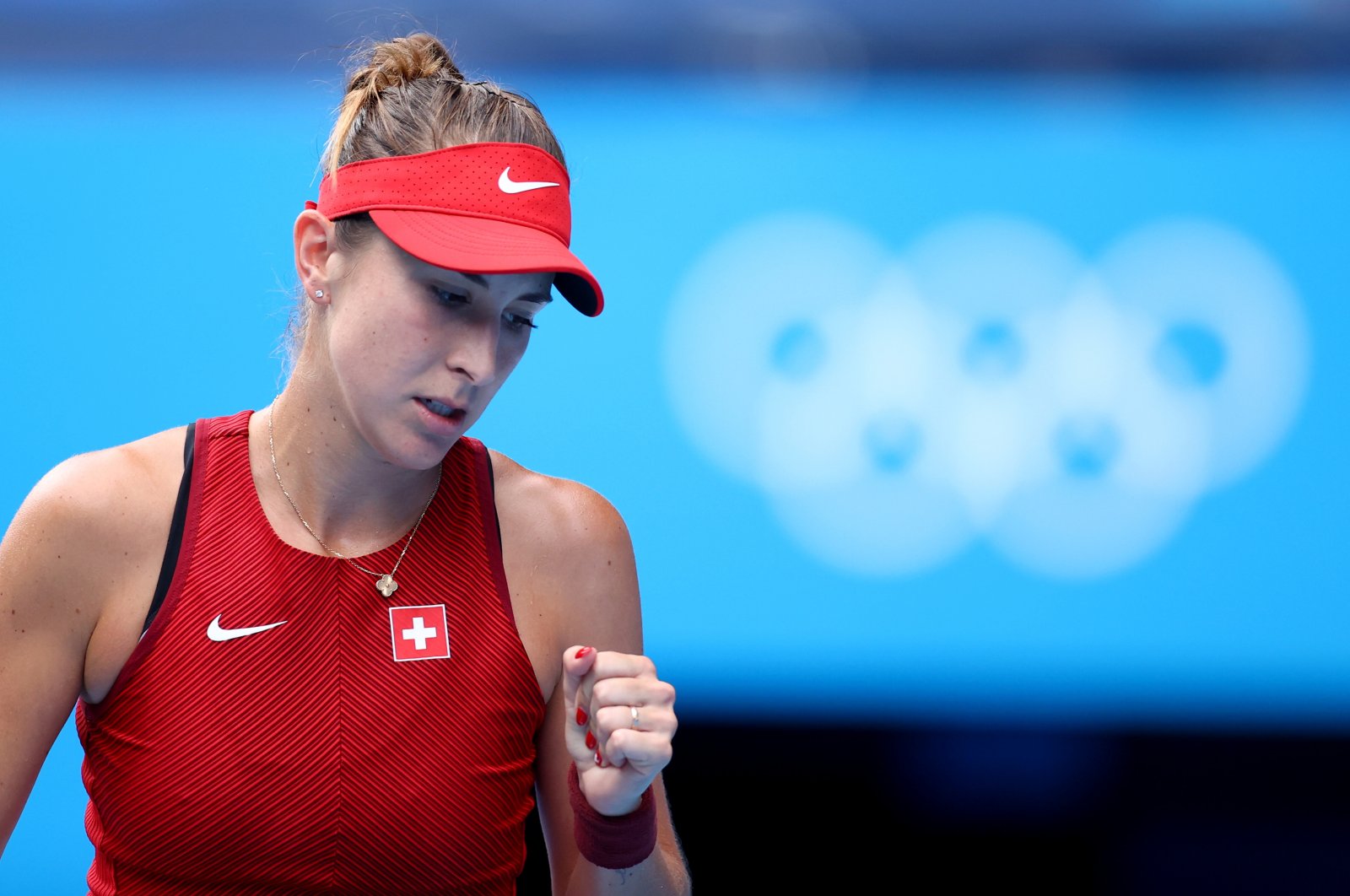 Switzerland's Belinda Bencic became the first player to advance to the women's singles gold-medal tie at Tokyo 2020 Olympics while world No. 1 Novak Djokovic cruised to the men's semis on Thursday.

Djokovic, in the meantime, eased to a 6-2 6-0 victory over Kei Nishikori to remain well on course to become the first player to win all four Grand Slams and Olympic gold in the same year since Steffi Graf in 1988.

Djokovic will next play German fourth seed Alexander Zverev for a place in Sunday's final.

Swiss Bencic was in tears after she closed out a nervy battle against 20th-ranked Rybakina, who squandered multiple leads during the late-afternoon contest on Centre Court.

The victory will ensure a tennis medal for Switzerland for the fourth Olympic Games in a row, while Bencic will have a chance to be the first woman to win singles gold for the country.

"I mean my emotions right now are too high. To have the medal, for me it's the greatest thing ever to be here as an athlete for the Olympics," the 24-year-old told reporters.

"It's amazing, and also to have a medal, it's something I dreamt of and I didn't think it will become reality."

Bencic will face the winner of the contest between Ukrainian Elina Svitolina and Marketa Vondrousova of the Czech Republic in the championship match.

The Swiss could also become just the fifth player to make the finals in both the singles and doubles tournaments since tennis's return to the Olympics in 1988.

She and partner Viktorija Golubic will take on Brazilian pair Laura Pigossi and Luisa Stefani in a women's doubles semifinal later on Thursday.

"I think in the next match I can be more relaxed and because I already have a medal and of course I want to win, but I'm not thinking about the pressure."

After going down 5-2 against the Kazakh, Bencic fought back hard, saving six set points before taking the first set in a one-sided tie-breaker.

She was leading 2-0 in the second set but Rybakina came back strongly, breaking Bencic's serve twice to force the match into a decider.

Rybakina was up a break twice in the final set but was once again unable to retain her serve, finally succumbing to Bencic who served out the match before dropping to the court in joy.

In their first meeting, Karen Khachanov edged Frenchman Ugo Humbert 7-6(4) 4-6 6-3 in a closely fought match to book a spot in the men's semifinals against Pablo Carreno Busta of Spain, who knocked out world No. 2 Daniil Medvedev.

Russian Medvedev, who was hoping to meet top seed Novak Djokovic in the final, paid for an error-strewn display with a 6-2, 7-6 (7/5) loss.

Marin Cilic and Ivan Dodig secured an Olympic medal for Croatia in the men's doubles semifinals, beating New Zealanders Marcus Daniell and Michael Venus 6-2 6-2 for a place in the title match.