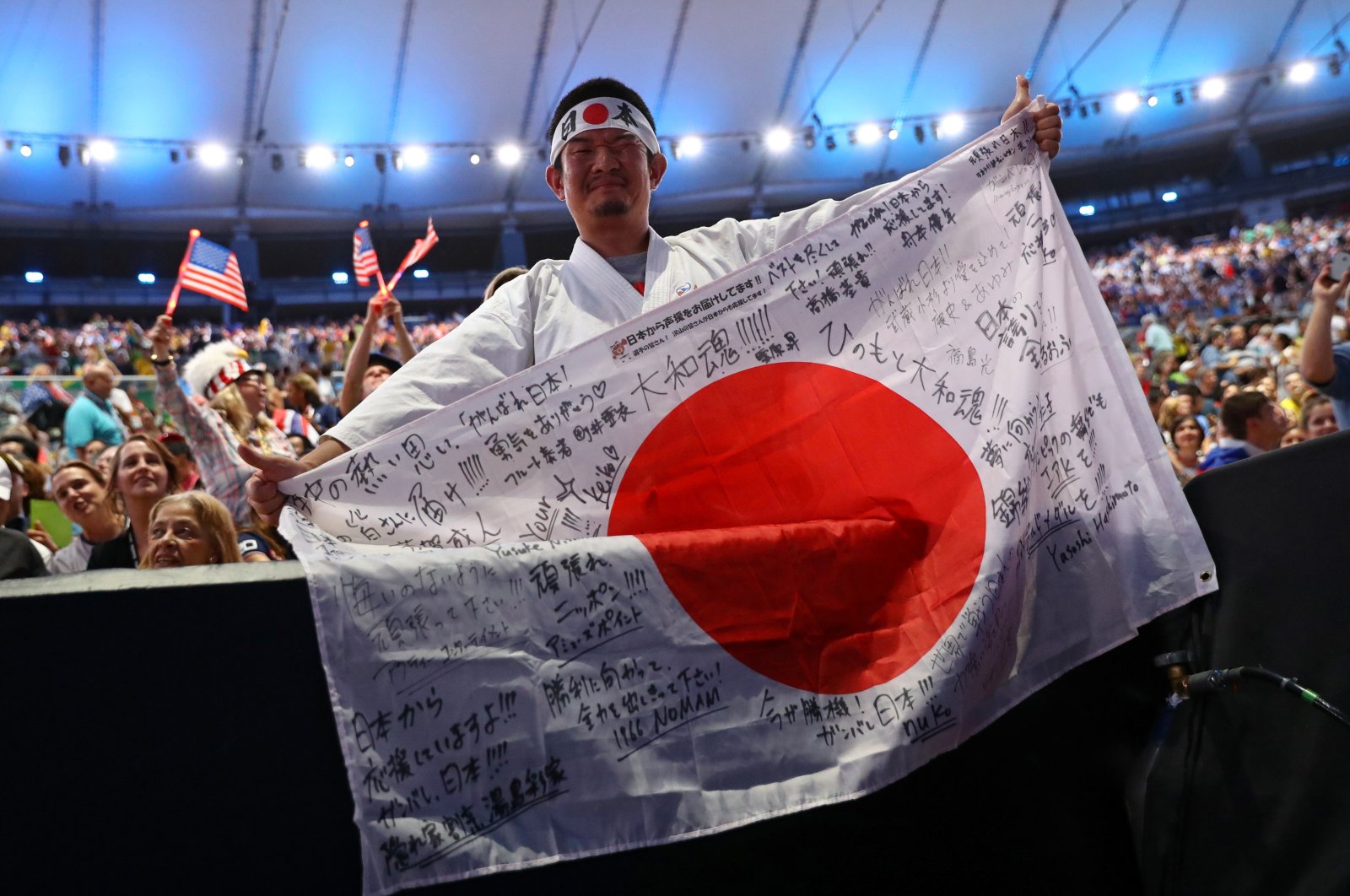 Kazunori Takishima's $40,000-dream to set a world record by attending the most Olympic events was dashed this week when organizers said spectators would be banned for most of the Games events.

Takishima had bought a hundred Tokyo 2020 tickets, saving and scheming for years to set the record.

"I stayed up until three in the morning with my mind completely blank," Takishima said of his reaction to the decision to ban fans, wearing a headband emblazoned with the national symbol of Japan. "I was just really stunned by the news. I wish I had been able to cry. That would have helped relieve my stress."

A Tokyo resident who runs a real estate office, Takishima, 45, said for most of his life he'd had no interest in sports.

A chance visit to a skating competition and the echo of blades scraping on ice prompted him to attend the 2006 Torino Games, where he saw Japanese figure skater Shizuka Arakawa take gold. At that point, he was mesmerized by the Olympics.

"I gain so many things when I attend Olympic events," Takishima said. "There are athletes who win a gold medal and other medals, and athletes who couldn't despite their immense efforts. The tears these athletes cry are authentic.

"When I see that, it makes me want to work harder at my job or make more effort or enjoy life."

He has attended every Summer and Winter Games since then, putting together elaborate schedules that sometimes only allow him four hours of sleep a night. At Rio in 2016, he walked out of a stadium, collapsed on the grass, and slept for an hour.

"There have been seconds where I myself wondered why I was doing this," he said.

Before Tokyo 2020, Takishima had attended 106 ticketed Olympic competitions, and he had planned to see 28 events over the 17 days of the Games. The Guinness World Record stands at 128 and in May, Takishima started negotiating with Guinness to register his record of 134.

Then the coronavirus struck. Organizers postponed the Games, scaled them back, banned foreign spectators and finally prohibited fans altogether. Takishima will get his money back; officials say tickets will be automatically refunded if there are no spectators.

"All the fun that I looked forward to was taken away, little by little," Takishima said. "Banning fans from venues was the final blow."

While he's hopeful of breaking the record at next year's Beijing Olympics or at Paris in 2024, it won't be the same, he says.

Takishima is considering watching the opening ceremony on his phone outside the National Stadium but otherwise doesn't know what he'll do.

Slowly scrolling through dozens of digital tickets on his phone, he said, "Just looking at these makes me want to cry."