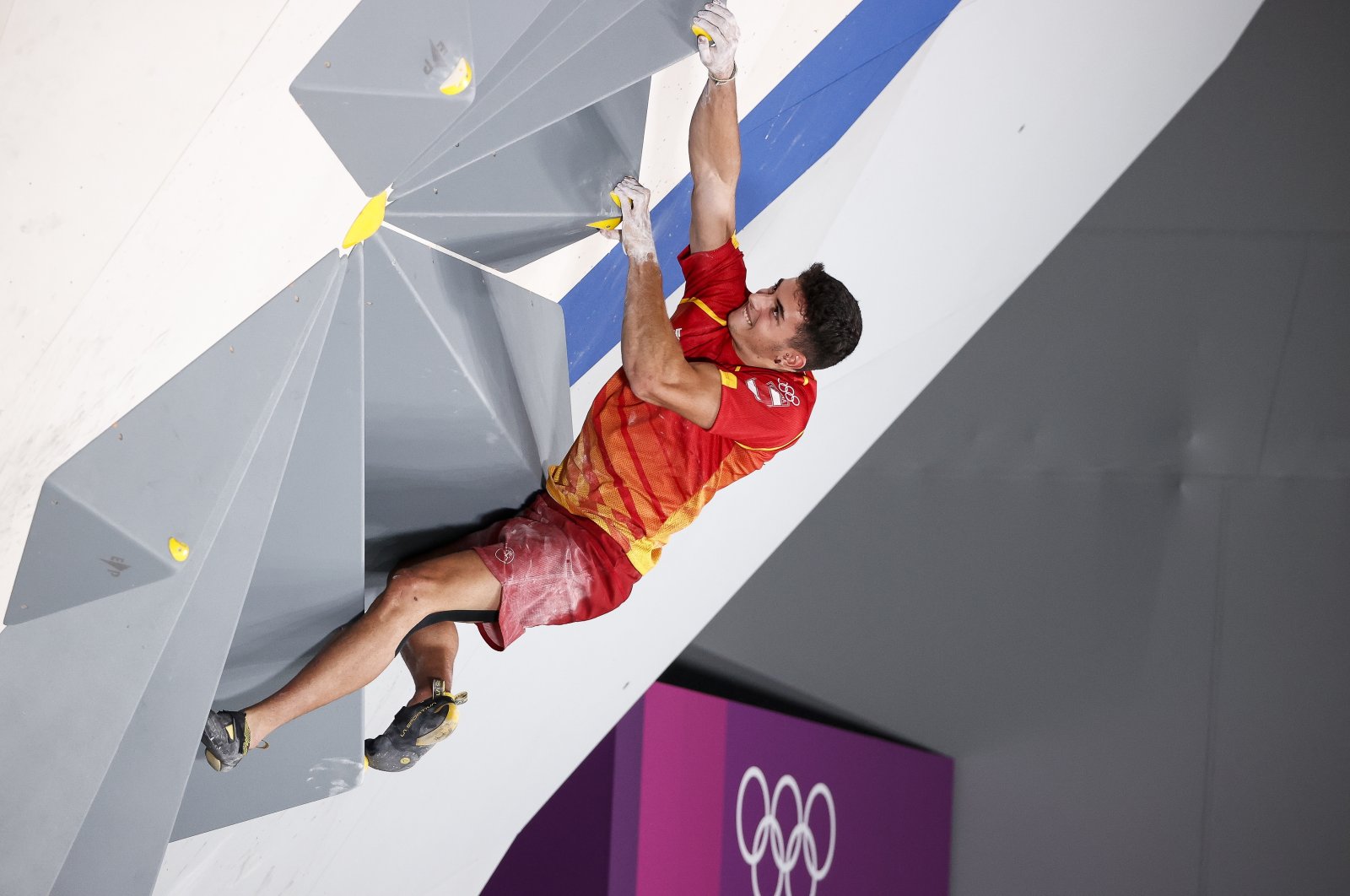 With solar and political heat clinging to athletes in their final three days of the Games, climbers clambered up the walls in the sport's Olympic debut while Team USA claimed the women's volleyball gold for the birthplace of the sport. In karate too, the home country looked set to finish at the top of the podium.

Belarus's athletics head coach Yuri Moisevich and team official Artur Shumak were asked to leave the Olympic village, the International Olympic Committee said, days after they ordered Tsimanouskaya to pack and go to the airport against her will.

In Tokyo, the boxing gold went to a dominant Cuba as Julio la Cruz outclassed Russian world heavyweight champion Muslim Gadzhimagomedov to win his second Olympic title and his country's third gold of the five awarded so far.

45 degrees Celsius and no shade

Sapporo in the far north was chosen for the 50-kilometer race walk for some respite from the heat of the capital, but Dawid Tomala of Poland had to fight Tokyo-level temperatures to take gold with a dominant second half.

Tomala, 31, switched this year from the 20-kilometer because he was "bored and needed new challenges," he said. "It's the second 50 in my life and a gold medal is crazy, right?"

More on the walkers' minds than heat, perhaps, was anger that the event may have been its last – it has been dropped from the Paris 2024 Games because there is no equivalent race for women.

On the hockey field, officials doubled the usual two-minute breaks between quarters to allow players to cool down and rolled out extra one-minute water breaks during the final two-quarters of the match.

They regained the gold for the sport's birthplace for the first time in nine years, to chants of "U-S-A" from 20 team staffers in an otherwise empty arena.

A native of karate's birthplace Ryo Kiyuna from Japan's Okinawa, also looked set to grab the gold in his sport, after his air-splitting punch, sharpness and precision on the tatami drew gasps in the kata event at Tokyo's Nippon Budokan, the spiritual home of Japanese traditional martial arts.

In an Olympic first, the fight for the men's climbing gold went down to the wire, with 18-year-old Spaniard Alberto Gines Lopez edging out Nathaniel Coleman of the United States, while Austria's Jakob Schubert surged from seventh place to grip the bronze.

Schubert's effort shut out top contenders Adam Ondra of the Czech Republic and Japan's Tomoa Narasaki in the sport combining three disciplines – a sprint up a 15-meter wall, bouldering around and over obstacles and a timed climb that tests athletes' endurance.

In addition to international politics, the Olympics that end on Sunday have highlighted mental health, transgender rights and equality – including even the clothes that women athletes wear, from mandated skimpy bikinis for beach handball players to gymnasts being allowed to wear what they choose.

The Olympics were supposed to showcase Japan's growing ethnic diversity, but the Games have dragged into the international spotlight a domestic debate about whether the country can be both multicultural and Japanese.

Judo gold medallist Aaron Wolf, NBA basketballer Rui Hachimura and tennis superstar Naomi Osaka – with fathers from the United States, Benin and Haiti, respectively – are playing for their mother country in a team that would have been unthinkably diverse a few decades ago.

But like many countries, Japan still has much to do.

"The government wanted to use mixed-race people to showcase that Japan has become a global country," said scholar Lawrence Yoshitaka Shimoji of Ritsumeikan University.

"On the other hand, the government has not taken any measures to counter discrimination."