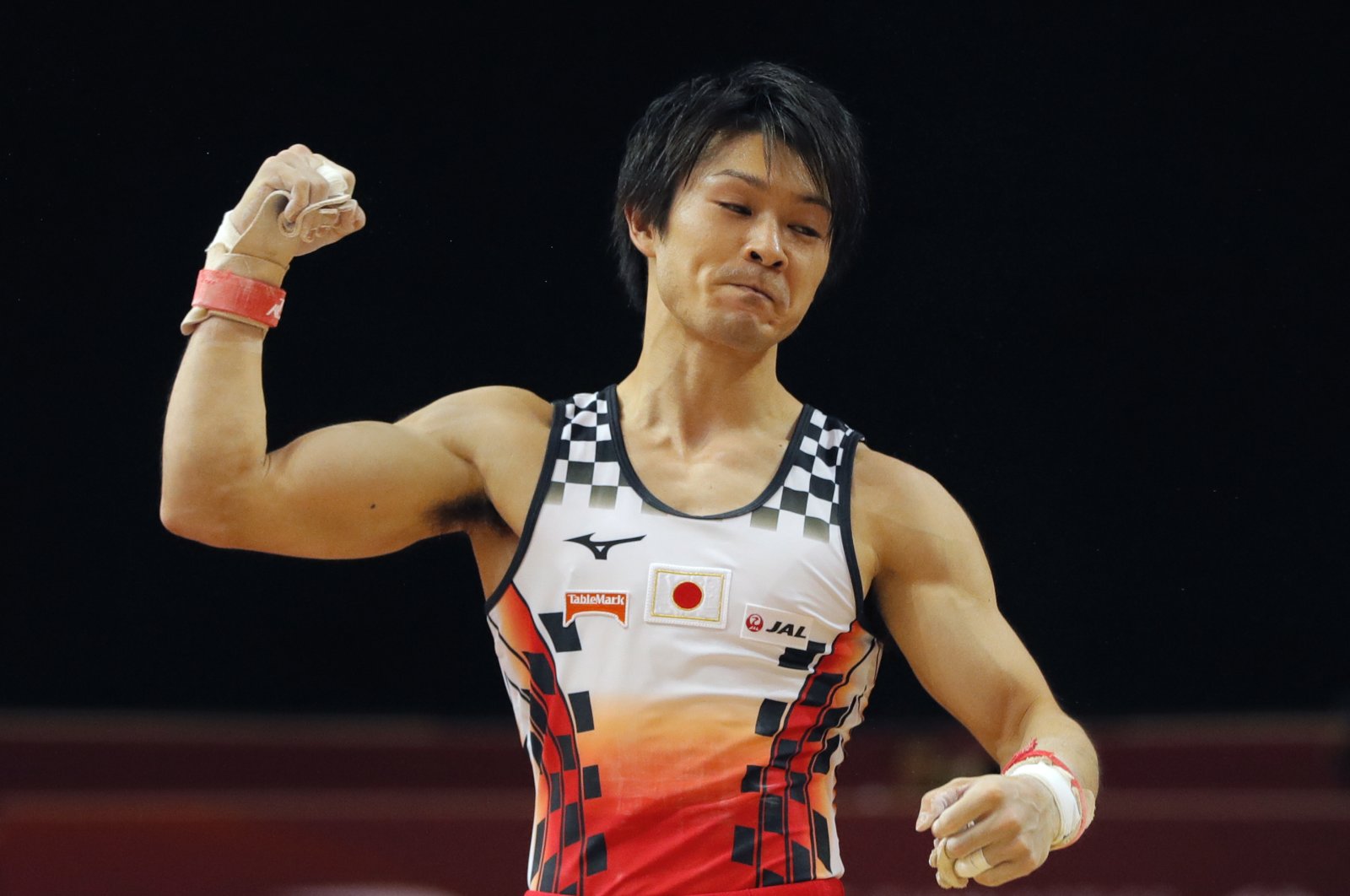 In this Oct. 29, 2018, file photo, Japan's Kohei Uchimura celebrates his performance on the rings during the men's team final of the Gymnastics World Championships at the Aspire Dome in Doha, Qatar. (AP Photo)
by Associated Press
Nov 06, 2020 6:17 pm

Gymnasts from the United States, China and Russia will join counterparts from Japan in a one-day meet on Sunday in Tokyo, believed to be the first international sports event in the country since the Olympics were postponed seven months ago.

The meet involving 30 gymnasts is largely meaningless. What’s important is for the Japanese government and Olympic officials to show that foreign athletes can enter the country safely and not spread COVID-19.

This is another step in attempting to illustrate that Tokyo will be able to hold next year’s Olympics – even without a vaccine – in the midst of a pandemic.

“I have no worries with the venue, and there are no restrictions inside the gym. I feel very comfortable being in the venue," Russian gymnast Angelina Melnikova said. "My only problem is my life inside the hotel. I was surprised that I can’t walk freely even inside the hotel. I wanted to have a tour in Tokyo, but it is impossible to do that this time, and I totally understand.”

About 2,000 fans will be allowed to attend the meet at the iconic Yoyogi Gymnasium, which was the venue for swimming in the 1964 Tokyo Olympics. It will also be the venue for handball for next year's Games.

The Olympics are gigantic and another story.

They will involve 15,400 Olympic and Paralympic athletes and thousands of staff, judges, officials, media and broadcasters. It’s also unclear if Japanese and non-Japanese fans will be allowed to attend.

Just over 1,800 deaths in Japan have been attributed to COVID-19. Japan has largely closed its borders since the outbreak to control the virus.

The athletes this weekend underwent a two-week quarantine before entering Japan. They are traveling between the venue and their hotel on special buses. They are also taking many precautions, including reports that they will have to bring their own chalk during their competitions – not using a communal supply as is usual.

“An athlete’s career is very short, so it is very important for us to participate in open tournaments as much as possible and that will be motivation for athletes," Russian gymnast Nikita Nagornyy said.