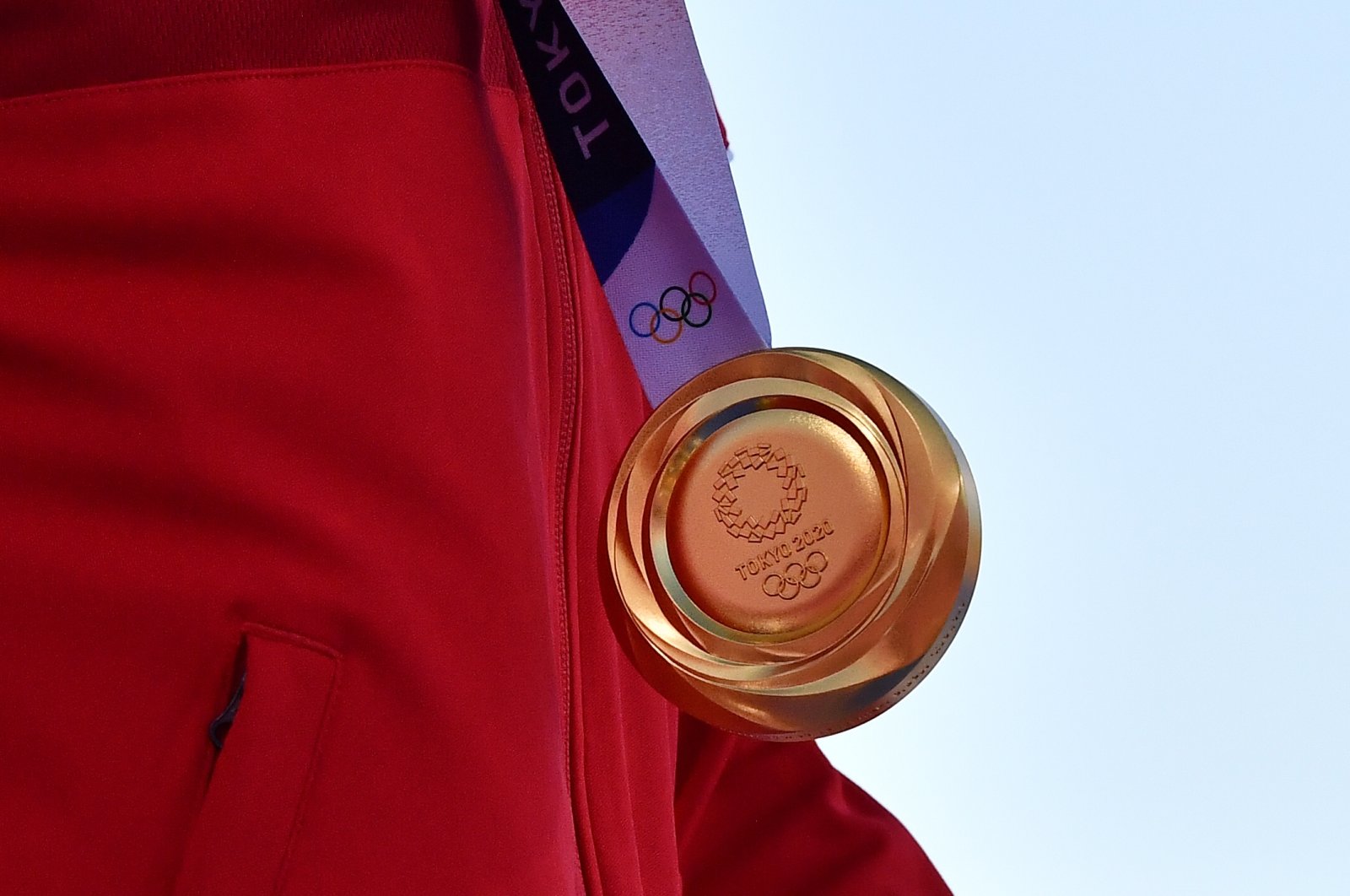 The Tokyo Games became the most successful Olympics in Turkey’s history in terms of the number of medals when karateka Uğur Aktaş won a bronze in karate on Saturday.

Aktaş was defeated by Sajjad Ganjzadeh of Iran in the semifinal of men’s +75 kg. karate kumite competition.

The Turkish karateka's bronze became the 13th medal for Turkey in Tokyo, beating the record of 12 medals set in London 1948.

The karate team brought the most medals for Team Turkey at the Olympics with four. No other team won more medals in karate, which made its debut at the 2020 Summer Olympics, than Turkey.

Meanwhile, Ferhat Arıcan made history by winning Turkey’s first-ever gymnastics medal at the Olympics when he clinched bronze in the men’s parallel bar event.

Eleven of Turkey's 13 medals were won in martial arts competitions.

The Tokyo Games will end Sunday with a closing ceremony at the Japan National Stadium.