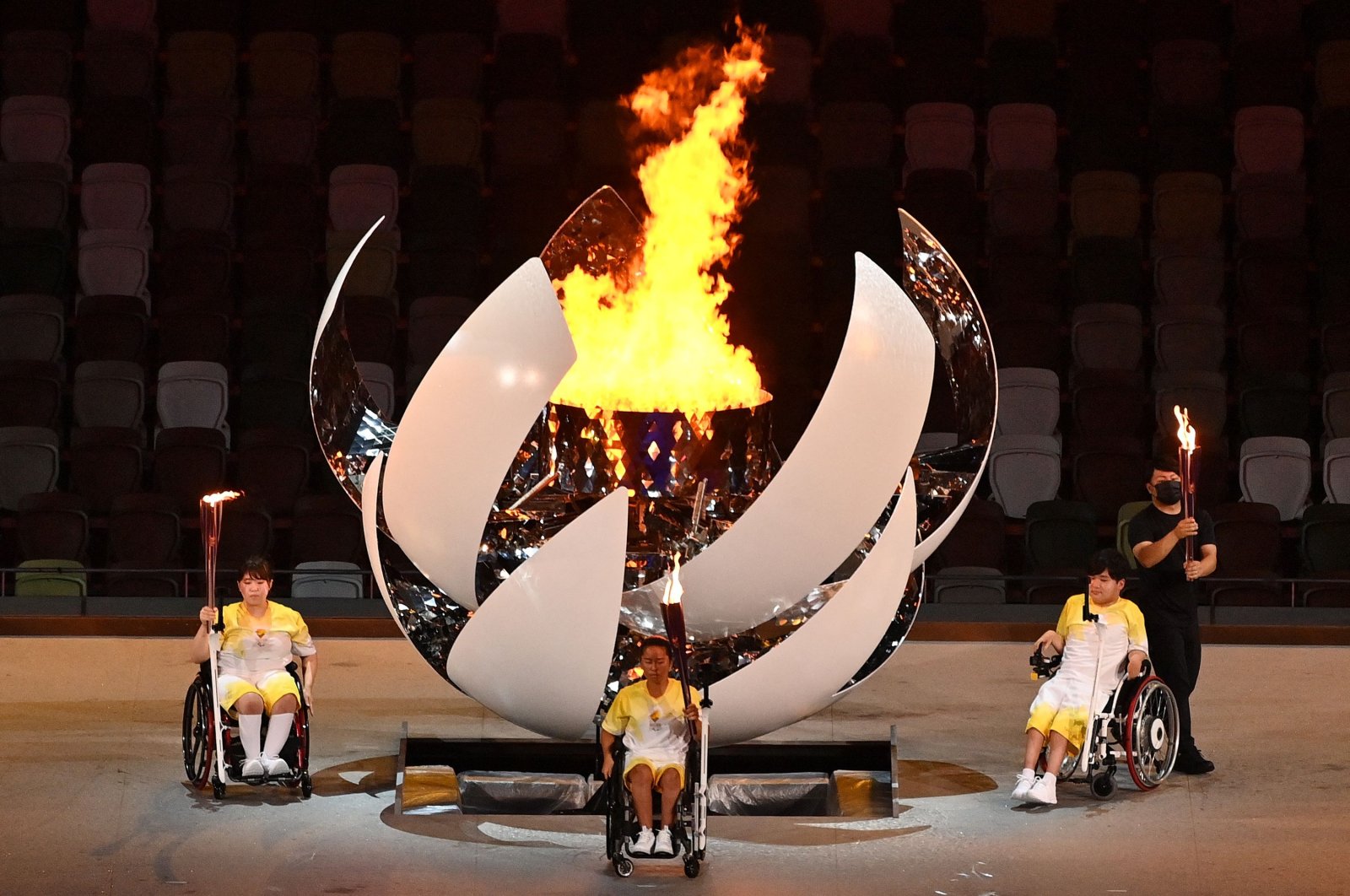 For more than 4,400 athletes from 162 teams, the Games are a long-awaited moment, after the disappointment of a yearlong postponement and worries about a potential cancelation

Japan's Emperor Naruhito declared the Tokyo Paralympics open in a nearly empty stadium Tuesday, as athletes marched past – ready to defy stereotypes and shatter records despite a yearlong pandemic delay.

The pared-down ceremony took place in front of around 800 VIPs and officials, but there was a celebratory mood as 162 teams enjoyed their long-awaited moment in the global spotlight.

The ceremony took "We Have Wings" as its concept, creating a mini "airport" on the stadium field and telling the story of a one-winged plane that takes to the skies.

A reduced parade of roughly 3,400 Paralympians and team officials entered the stadium, wearing masks but waving and dancing after the disappointment of the postponement and worries about a potential cancelation.

A volunteer carried Afghanistan's flag into the stadium as a "sign of solidarity" with athletes from the country, which is one of 21 nations unable to compete at the Games.

International Paralympic Committee president Andrew Parsons said the event could be a "platform for change."

"Many doubted this day would happen, many thought it impossible, but thanks to the efforts of many, the most transformative sports event on Earth is about to begin," he said, as a steady drizzle fell in the stadium.

The 13-day Games, with 539 gold medals up for grabs across 22 sports, arrive two weeks after the close of an Olympics that also took place almost entirely behind closed doors over virus fears.

Paralympic athletes will be subject to the same rules as their Olympic counterparts – including daily testing, mandatory mask-wearing and limits on their movement.

The run-up to the Games has been fraught, with polling for months showing the Japanese were opposed to hosting them this summer.

The mood seemed to shift once the Olympics got underway, with a majority saying they were glad it had gone ahead, but the virus situation in Japan has worsened dramatically in recent weeks.

The country has recorded more than 25,000 daily infections in the past week, and while the death toll remains comparatively small at around 15,500, just 40% of the population is fully vaccinated.

The opening ceremony came with Tokyo and 12 other regions under a virus state of emergency that largely limits the opening hours of bars and restaurants and bans them from selling alcohol.

But several hundred people gathered outside the stadium before the ceremony started, hoping to taste the atmosphere despite being locked out.

"I know this is a difficult time, but the athletes came to Japan despite the risks," said 41-year-old Haruyo Yamamoto.

"Since we're hosting the Games, I want them to perform at their best."

A small handful of protesters also gathered outside the stadium, holding signs saying "No Paralympics" and shouting through megaphones.

On Tuesday afternoon, crowds gathered in parts of Tokyo to watch the Blue Impulse air display team fly over trailing smoke in the blue, red and green colors of the Paralympic symbol.

But in a sign of the ongoing concerns, New Zealand's Paralympic team did not participate in the opening ceremony, though organizers said it was the only team to opt out.

Paralympic chiefs are hoping the mood will shift when the sporting action begins on Wednesday, with over 4,400 athletes itching to get started.

Among those competing are German long-jumper Markus Rehm, dubbed the "Blade Jumper," who is aiming to break the 8.62-meter world record he set himself in June.

Japan's wheelchair tennis legend Shingo Kunieda will be aiming to excite home fans, while United States wheelchair racer Tatyana McFadden is hoping to add to her collection of 17 Paralympic medals.

China is expected to continue its long-running Paralympic gold-medal dominance, but host Japan will be hoping its record 254-strong team can repeat the country's Olympic gold rush.

Badminton and taekwondo will make their Paralympic debuts in Tokyo.

The Games will also put the spotlight on Japan's record of disability inclusion, with activists saying more remains to be done despite some progress, especially in Tokyo, on accessibility.