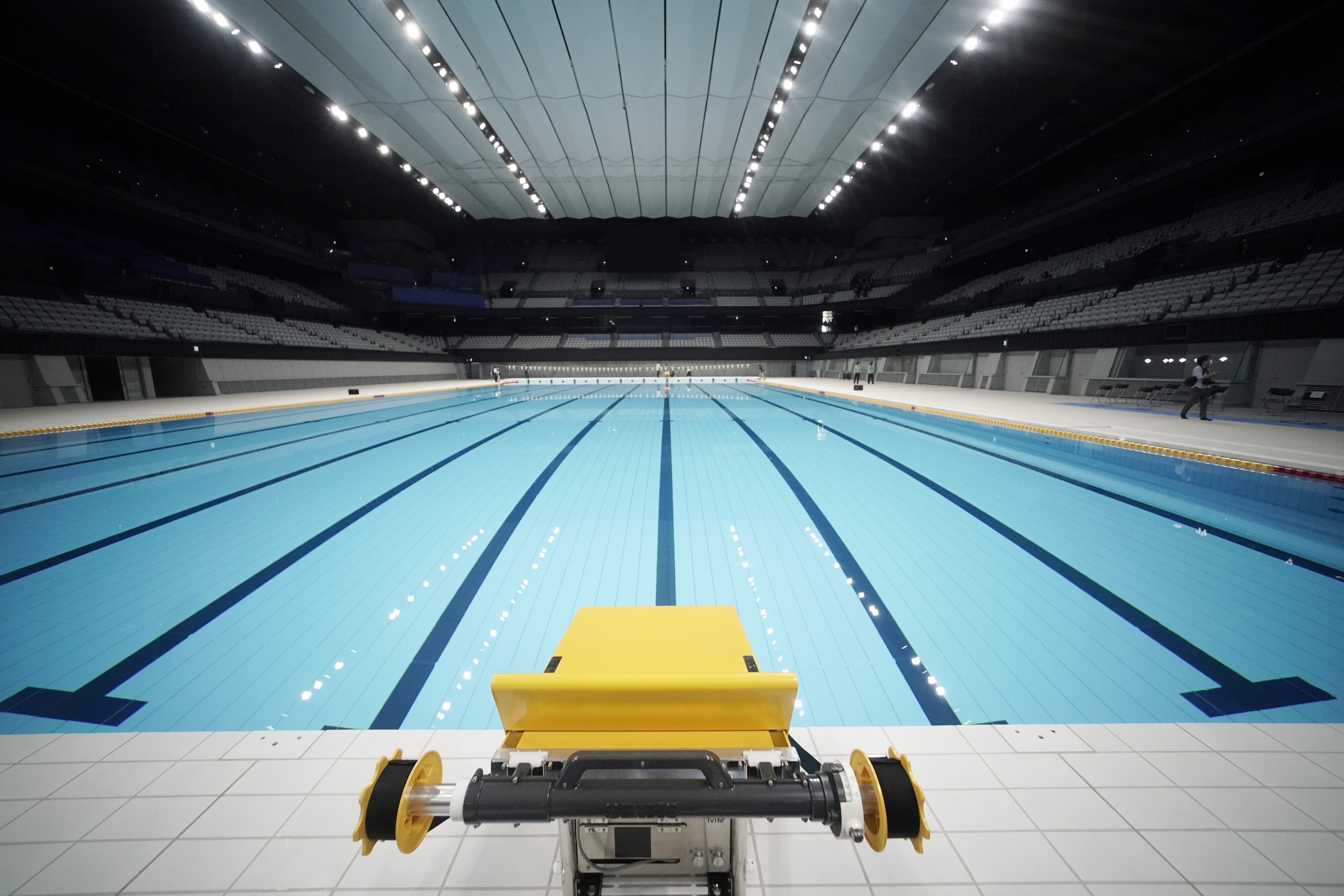 Tokyo opened its new Olympic swimming venue on Saturday, and Tokyo Governor Yuriko Koike pointed out that it was finished eight months ago, just weeks before the Tokyo Olympics were postponed until next year by the coronavirus.

"We have now completed all the new venues,” Koike said.

Next comes the hard part for Tokyo Olympic organizers: figuring out how to run the Olympics, nine months from now, in the middle of a pandemic. The Games are set to open on July 23, 2021.

Tokyo officials and the International Olympic Committee have been studying contingencies for months but it may not be until next year that they reveal exactly how the games can be pulled off.

How will 15,400 Olympic and Paralympic athletes from more than 200 nations and territories safely enter Japan? Add to this, thousands of officials, judges, media, broadcasters, sponsors and VIPs.

Not to mention fans. Will it be only Japanese, or will non-Japanese be allowed in?

"It's stable for the time being,” Koike said, speaking of Japan where about 1,700 deaths have been attributed to COVID-19. "We would like to receive more athletes and more people from the outside."

The 15,000-seat swimming venue sits just off Tokyo Bay. Its cost is listed at $520 million, which makes it the second-most expensive venue after the $1.43 billion national stadium.

Tokyo organizers say they are spending $12.6 billion to put together the Olympics, although a national audit says the cost is twice that much.

Last month a University of Oxford study called Tokyo the most expensive Summer Olympics on record.

Among the first to swim a lap in the pool on Saturday was Rikako Ikee, who won six gold medals at the 2018 Asian Games in Jakarta, Indonesia.

Ikee would have been among the favorites for several medals in Tokyo, but she was diagnosed with leukemia over a year ago. She has undergone treatment and is hopeful of qualifying for the 2024 Paris Olympics.