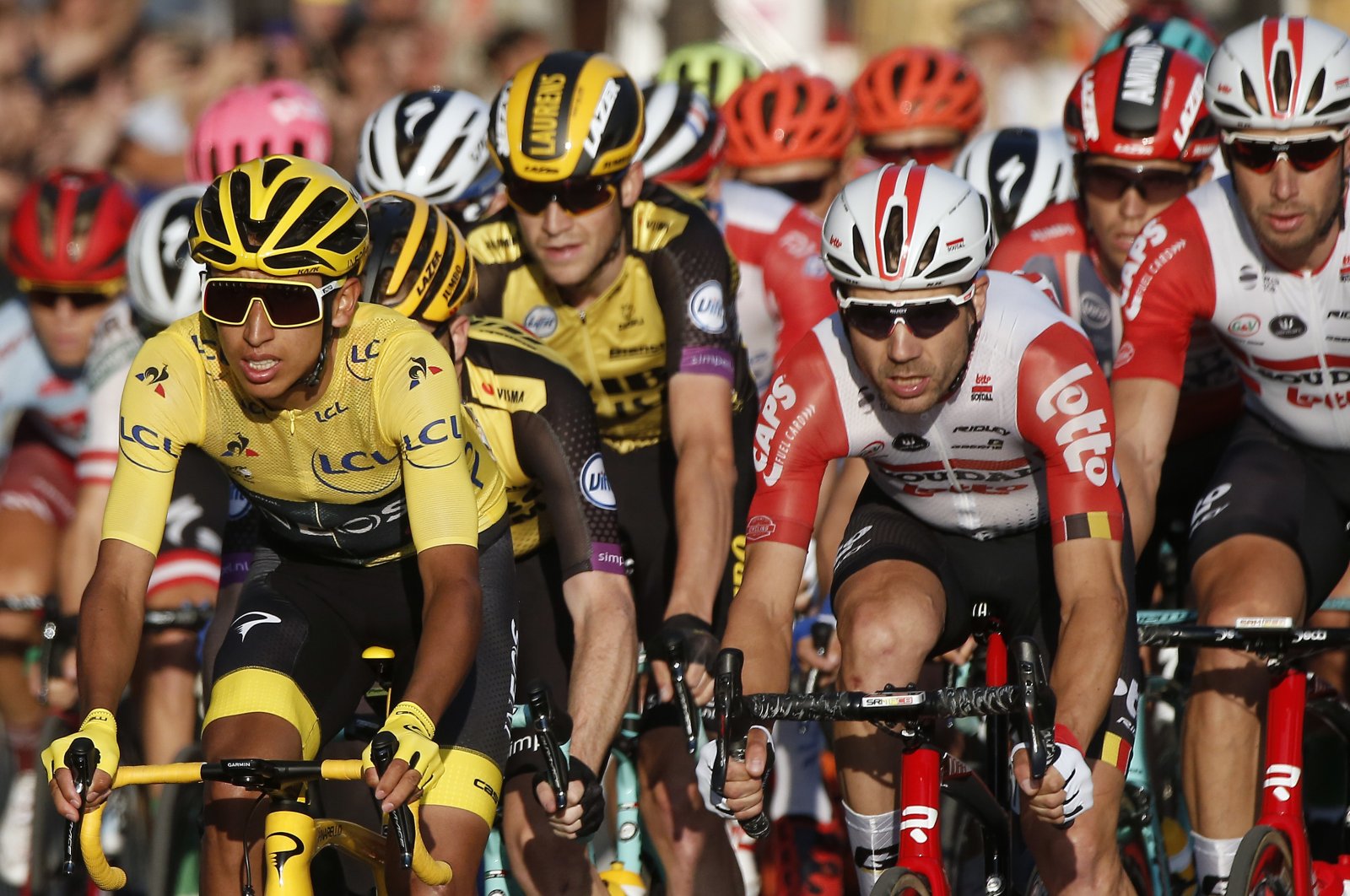 Euro 2020 in full throttle, strawberries being prepared for Wimbledon, the eyes of the world turning to Tokyo for the Olympics and elite cyclists ready to depart Nice to start the Tour de France – an alternative sporting summer could have looked very different at the end of June 2020.

Instead, the coronavirus crisis has forced the delay by a year of the Euros and Tokyo Games while Wimbledon must do without its grass-court tennis major this season.

But cycling, having initiated a bold plan to save as much of its season as possible, could yet be rewarded if the Tour de France can indeed take place Aug. 29 to Sept. 20, just a couple of months later than planned.

Little is certain but there is cautious optimism the renowned race could take place with France having moved on from the worst of the global pandemic.

Sports events are allowed in the country with fans again from July 11 and further easing of restrictions is planned for the second half of August.

"I am no fan of racing without fans," said Ralph Denk, team chief of the German Bora-Hansgrohe team. "But before we cancel the race, it is better to ride without spectators."

The 23-day haul from Nice to Paris, if it takes place, would be without mass gatherings at the start and finish areas of certain stages, including the grand depart in the Riviera. Advertising caravans along the route would be adjusted, as would the traveling village of some 2,000 reporters who follow the race.

Tour boss Christian Prudhomme decided against an early cancellation when the coronavirus hit earlier in the year. Not racing the Tour would be a massive blow to the country but he still keeps things in perspective.

"In the name Tour de France, the most important word is France," he said. "The health situation in the country is what counts. If the Tour doesn't take place, it'll mean the country is in a catastrophic situation."

The Tour gives up to 70% of its income to the teams meaning even an event without fans could be the difference to many between being able to save jobs and compete in the future or not.

"I don't think we'll lose teams but the budgets will sink. That is not just for cycling but for all of sport," Denk said of the current situation.

He believes the revised cycling calendar, due to start on Aug. 1, can go ahead as planned.

Delaying the Tour will not make it any less challenging and Emanuel Buchmann, who will lead Boro-Hansgrohe, retains sporting ambition even during a time of crisis.

"The overall victory is not impossible. Why not? I was fourth last year, I want to improve every year," he said. "This year the podium is the goal."

After the conclusion of the Tour, the Giro'Italia, Spanish Vuelta and road world championships are all scheduled before the end of the year.