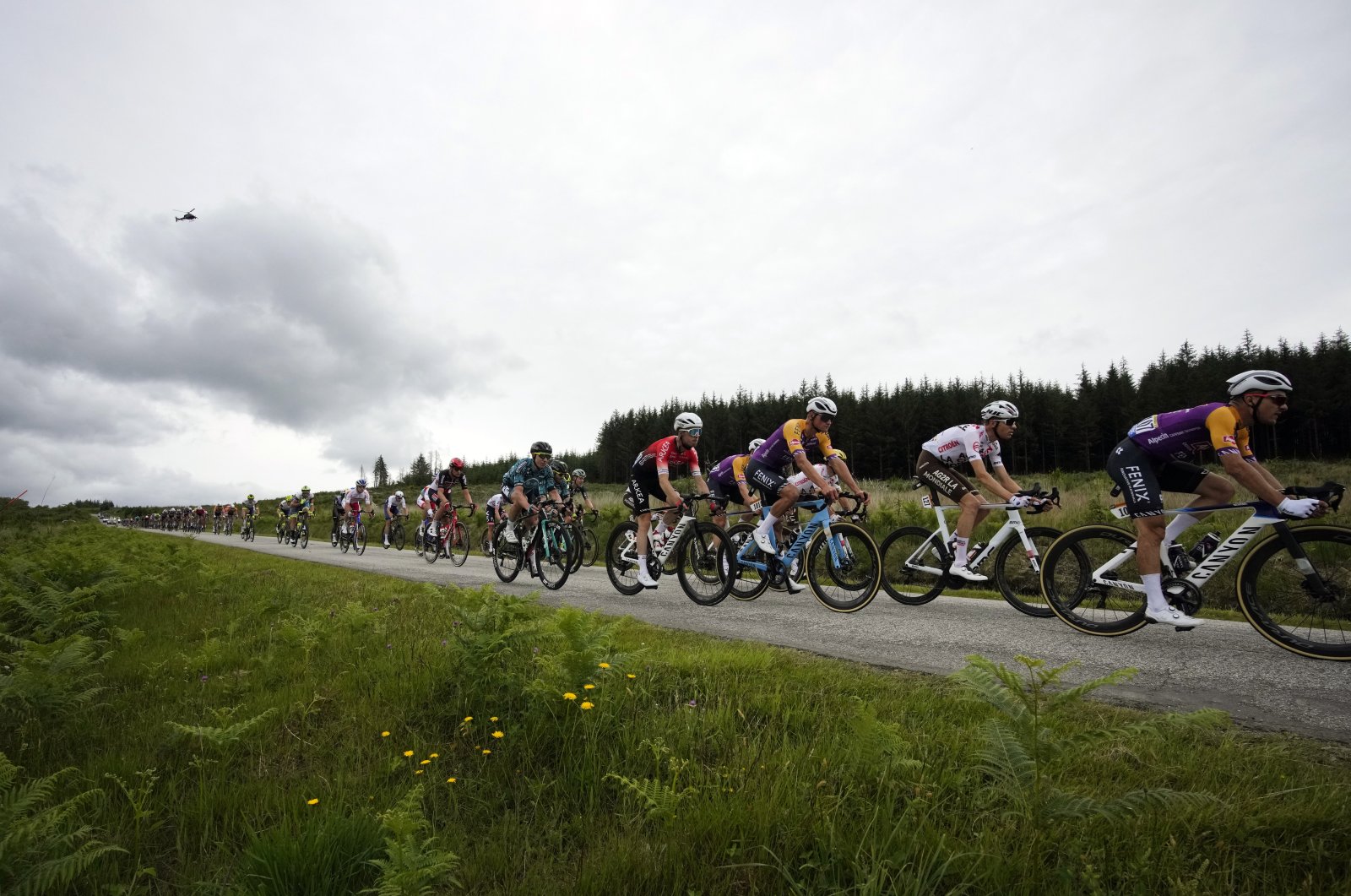 The Tour de France started off stumbling when not one but two mass falls caused quite a ruckus Saturday.

Unlike the earlier crash caused by a fan, the second came as the peloton was going around 70 kph (43.45 mph) some 5 kilometers from the finish line.

The first fall happened some 45 kilometers away from the finish line of stage one of the Tour between Brest and Landerneau.

A fan brandishing a sign brought down German rider Tony Martin who was riding near the head of the pack and close to excited roadside spectators.

The Jumbo-Visma rider fell, bringing down a huge number of fellow peloton members behind him. The crash held up the race for five minutes while bikes and bodies were untangled.

The race leader slowed down to allow the stragglers to catch up and despite the spectacular tangle only one rider, Germany's Jasha Sutterlin of DSM, has so far had to pull out due to the accident.

Italian champion Sonny Colbrelli and Dutch rider Wout van Aert, who ran over Martin before falling head over heels, had both been amongst the favorites to win the first stage hilltop finish but were both badly delayed.

Hordes of unmasked fans decked out in red-and-white polka dot caps and shirts lined the narrow Brittany country lanes for the 197-kilometer stage as France eases its COVID-19 restrictions.