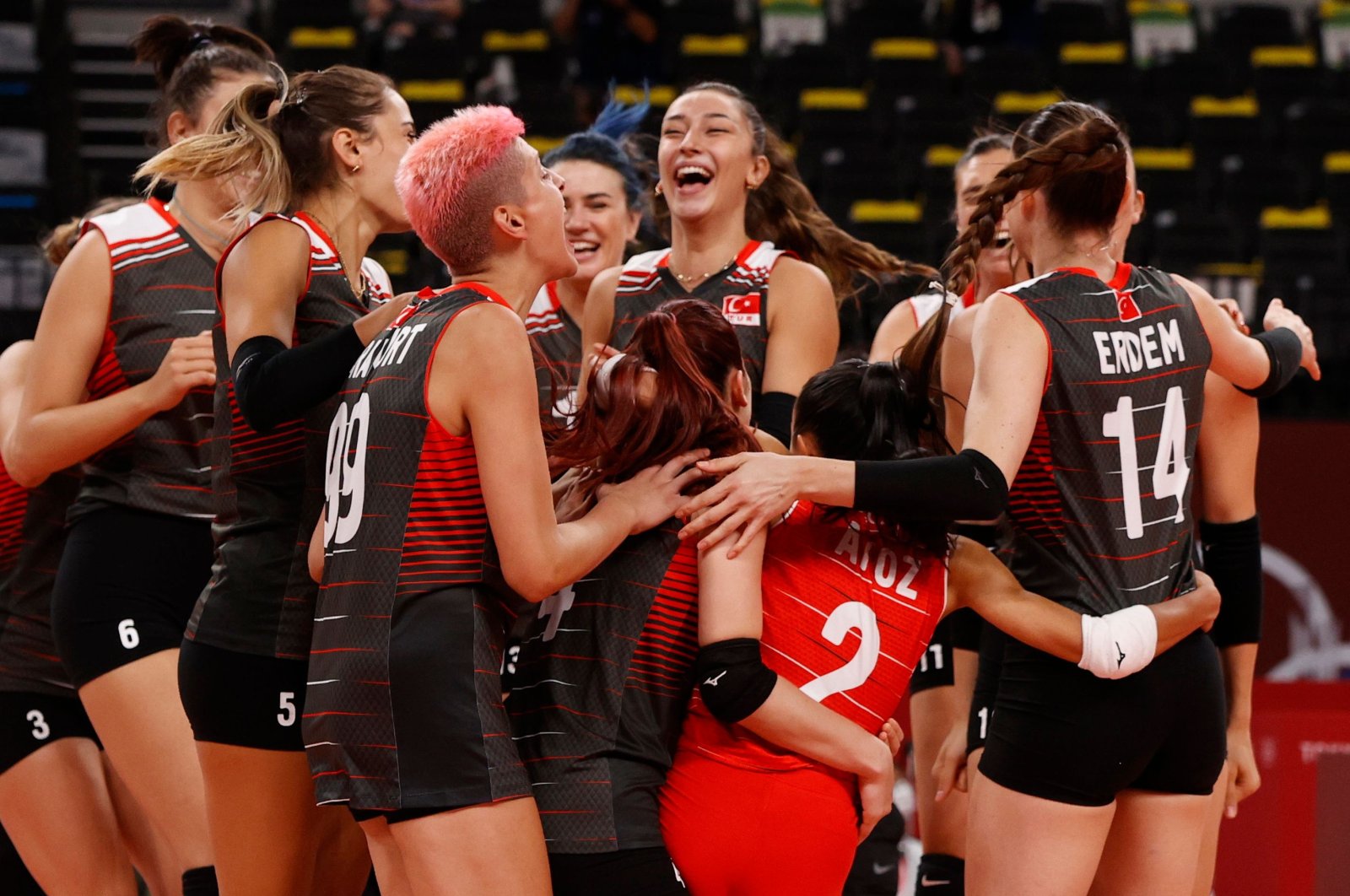 The Turkish women had already secured quarterfinals and will face either Serbia or South Korea in the last eight.

The ROC team made a flying start to the match, opening up a 13-9 advantage and forcing Turkey to take a timeout.

Despite a late fightback, with four back-to-back points, the “queens of the nets,” the ROC clinched the first set 25-21. Turkey once again found itself behind in the second set, falling to 9-4. On a below-par day for blockers, Turkey fell further behind to 16-.

However, the team recovered with the introduction of Tuğba Şenoğlu, who helped his side cut the deficit to just one at 18-17.

Despite a 2-1 advantage, Turkey faltered in the fourth se, mostly due to a number of unplayable serve from the ROC, who ultimately won 25-15 to make it 2-2.

In the fifth set, however, Turkey fought back with Ebrar Karakurt. It went ahead with 8-3, before finally sealing the match 15-10.

Turkey was led by outside hitter Boz as the 33-year-old scored 22 points against the ROC.

Irina Voronkova was the top scorer for the Russian Olympic Committee as she had 20 points.

Youth and Sports Minister Mehmet Muharrem Kasapoğlu watched the match from the stands.