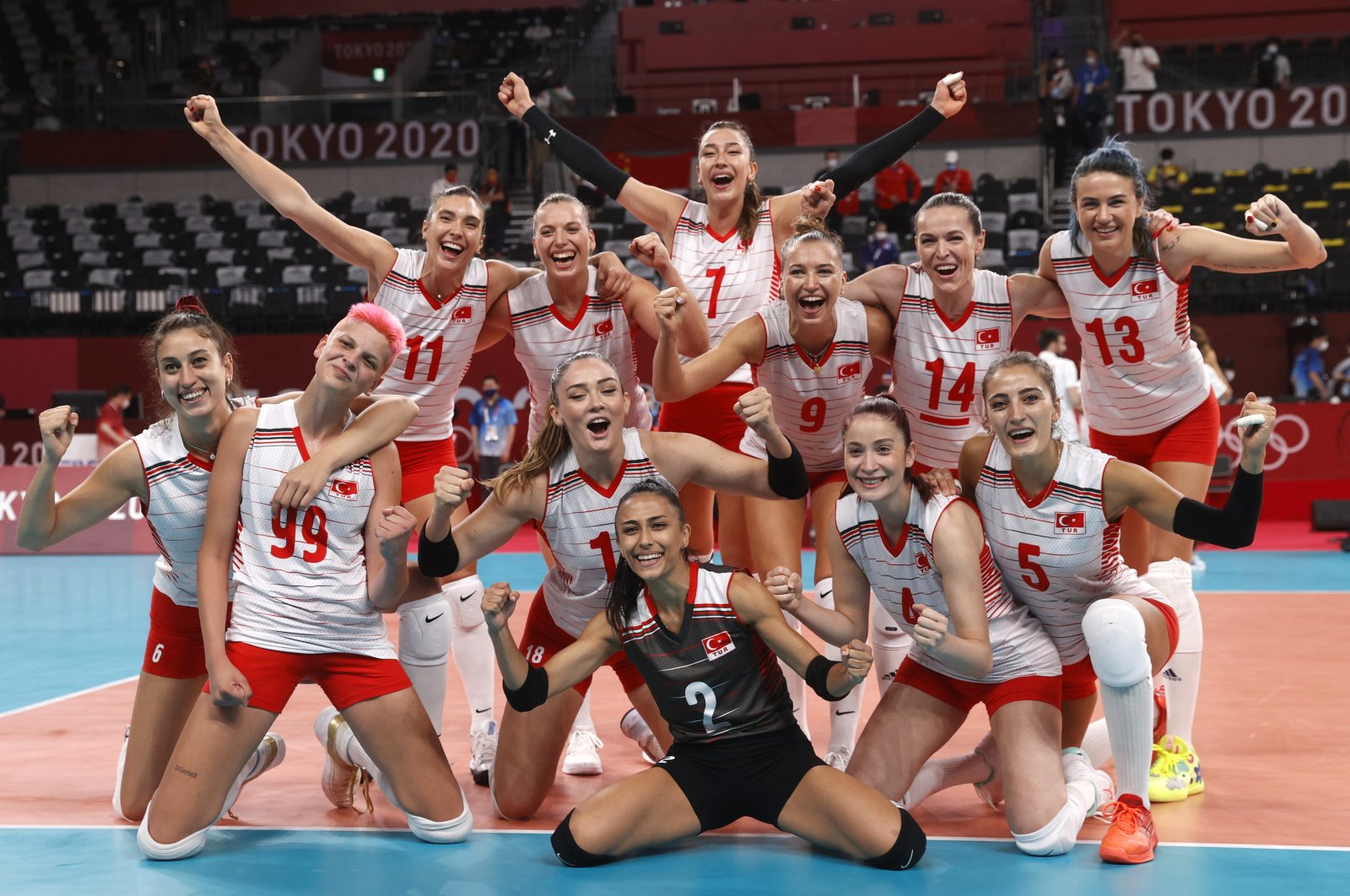 Turkey women's volleyball team, known as Queen of the Nets back home, made a flying start to their Tokyo 2020 Olympics campaign by beating defending women's champions China in straight sets on Sunday.

China, who has won six Olympic medals in women's volleyball including three gold, was overpowered by the Turks for whom opposite hitter Ebrar Karakurt – with her distinctive bright pink hair – led the way with 18 points.

Three of her teammates finished in double figures while Turkey's defense also proved to be too good for China, with Hande Baladın and libero Simge Aköz making 13 successful digs to keep the ball in play.

The Chinese lacked cohesion throughout the encounter and coach Lang Ping made several substitutions to find the right combination while Turkey stuck with the same line-up for all three sets.

"Right now we are so happy because we know that Chinese are a great team, they have incredibly talented players and they are the Olympic champions," Turkey captain Eda Dündar, who led the match with four blocks, told reporters.

"Today we served very well ... In every part of the game we were leading. Maybe China didn't play their best game but we played our best game."

China's top scorer Zhang Changning (13 points) said they must "prepare from zero" for the upcoming games.

President Recep Tayyip Erdoğan congratulated the women's volleyball team over the phone via Sports Minister Mehmet Muharrem Kasapoğlu, who is in Tokyo to support Turkish athletes.

"You've made us proud. I watched the match from the first set. Convey our love to the girls," President Erdoğan said.

US picks up easy win

Earlier, Jordan Thompson scored 20 points to lead the top-ranked U.S. to a straight-set victory over Argentina, with the 2016 bronze medallists winning 25-20 25-19 25-20 to open its account in Pool B.

Thompson was supported at the net by Jordan Larson, who had 10 points, while Michelle Bartsch-Hackley added 13.

"We are going for gold, 100%," Akinradewo said. The Americans have won five Olympic medals in women's volleyball, but never the gold.

In the other Pool B encounter, Italy was tested in its opening set against the Russian Olympic Committee team but ran out of winners in straight sets with a 25-23, 25-19, 25-14 victory.

A trio of Italians finished in double figures with Paola Egonu leading the scoring charts with 18 points.