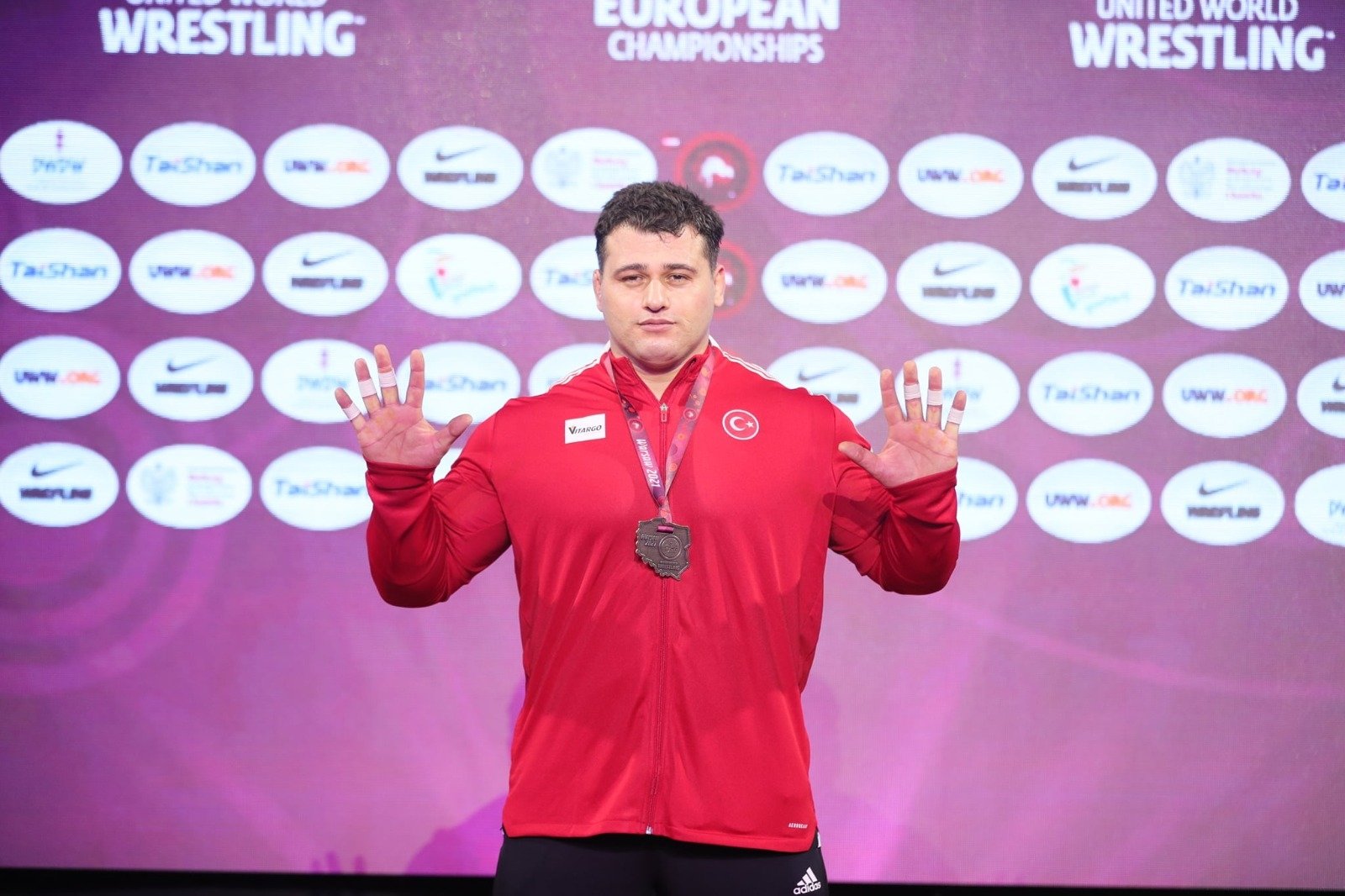 Turkey's Rıza Kayaalp won the European title for the 10th time after beating Georgia's Iakobi Kajaia 3-1 in the Greco-Roman 130 kg. final on Saturday.

Kayaalp said he is determined to win his first Olympic gold in Tokyo. The road to Olympic success started with a bronze medal win in London 2012. He followed it with a silver in Rio 2016. The Olympic championship is all there is left for the ambitious wrestler, who also boasts the two top titles in the Mediterranean Games. In his worst, Kayaalp secured two silvers in the world championships, along with one bronze and one silver medal in the European championship.

He also competed in two Olympics, winning a bronze medal at the London games in 2012 and a silver at Rio 2016.