Turkey's oil wrestling fest and what intangible heritage looks like 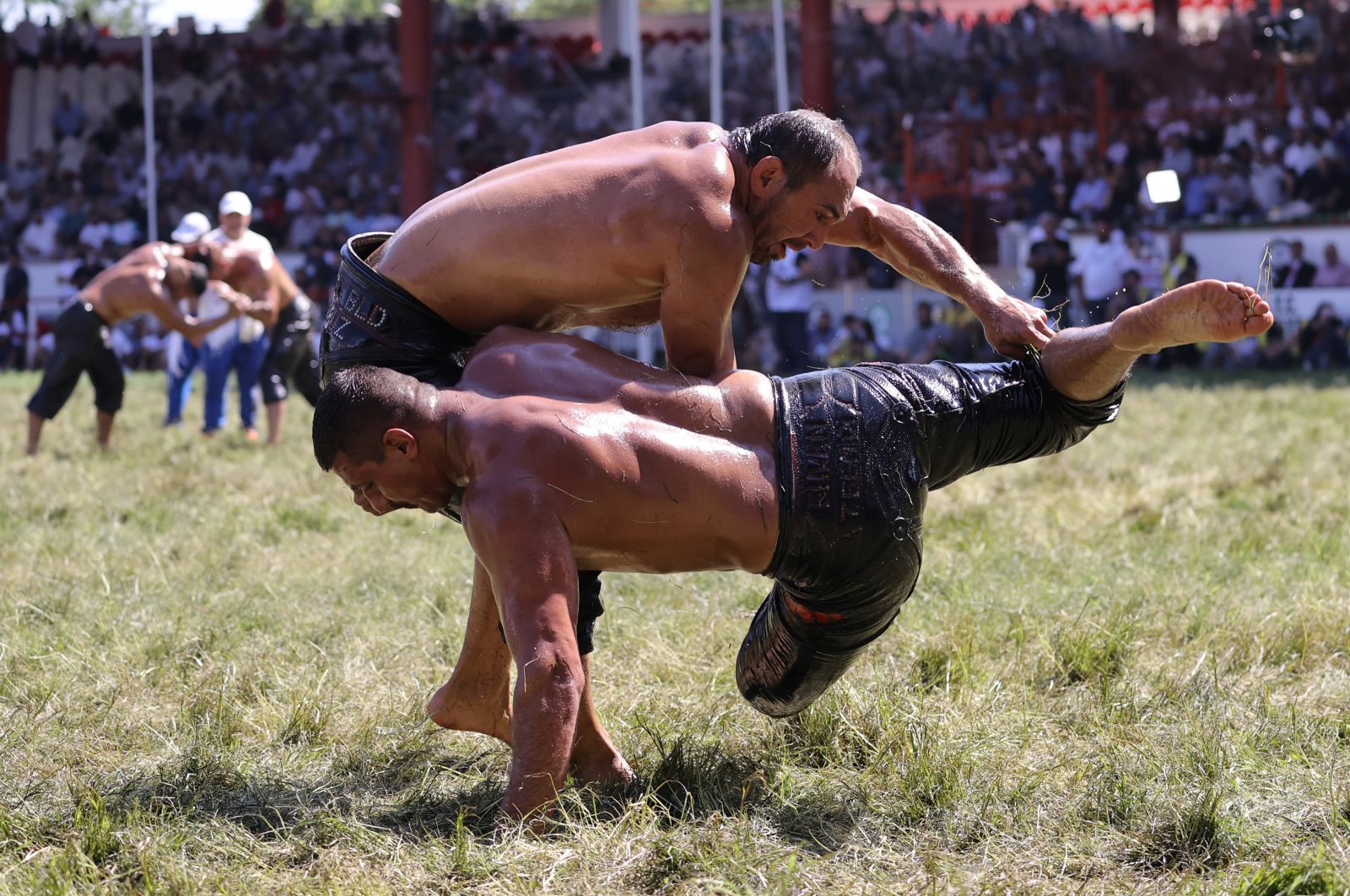 For more than six centuries, athletes from all over Turkey have been gathering in Edirne in the northwesternmost corner of the country to participate in the Kırkpınar oil wrestling tournament.

To this very day, oil wrestling (yağlı güreş in Turkish), a peculiar and perhaps even bizarre sport, is drawing thousands of participants and spectators. The viewers, however, are attracted not only by the wrestling itself but by the whole festival-like atmosphere surrounding Kırkpınar. That's why the festival, rather than the sport, is listed by UNESCO as an intangible cultural heritage.

Wrestling of any kind is obviously a tough sport. It requires you to take down your opponent without any sort of tool and without punches, kicks or hits of any kind. It requires enormous focus, patience and constant monitoring of the rival.

And oil wrestling, which sees pehlivans (wrestlers) pour olive oil over their entire bodies before the match, could well be one of the toughest types of competitive wrestling in the world.

Wrestling is a combat sport centered around grappling, but in yağlı güreş trying to hold onto your opponent is an extremely arduous task. Good luck trying to get a grip of your rival when you are both covered with a thick layer of oil. These "slippery" conditions are why concentration is even more important in oil wrestling where winning a match means either quickly reacting to the opponent's slightest slip up or picking the perfect moment to be aggressive.

On top of that, at Kırkpınar the competitors have to wrestle under the scorching sun of late June with oil and sweat running down their faces and into their eyes.

As such, many matches are rather unspectacular for 99% of their duration. For around 20 or more minutes the wrestlers are mostly just pushing, shoving or unsuccessfully trying to get a grip of each other, but then all this is followed by several seconds of brilliance in a form of powerful bodyslams, throws and takedowns.

Despite all the difficulties of the sport, the interest among wrestlers remains high. This year 2,160 athletes participated in Kırkpınar – just 220 short of record-breaking participation in the 2019 edition. Among the hundreds of children, some as young as 11 years old.

One of them was Ilker, 12, from Kocaeli. It was the debut appearance for the boy, whose father and uncle were also pehlivans.

Ilker has trained five times a week since the age of 9 and aims to one day become the "baş pehlivan" – the ultimate champion of Kırkpınar.

His first step in the competition, unfortunately, did not go as well he hoped it would.

"It's my first time. I had one match yesterday and immediately lost," he said, somewhat disappointed, but noted that this year he came first and foremost to gain experience much like many fellow members of his wrestling team from the province just east of Istanbul.

Oil wrestling sure is fascinating as a highly demanding sport, but what makes Kırkpınar so special is the ambiance surrounding the competition.

Kırkpınar draws thousands of visitors, who test the limits of the local hospitality industry every year, including at the time of a pandemic. Even though in 2021 the event was scaled down significantly, hotels in Edirne were booked to the brim over the weekend.

Although many visitors don't stay in the hotels and instead opt to camp somewhere in the city with the area around the iconic Selimiye Mosque being a particularly popular spot. Some also stay in the area surrounding the wrestling arena, which is where all the festival stuff is happening – or used to happen.

Despite thousands of fans being able to come to Kırkpınar, the pandemic did still hit the festival as the "festival" part was, unfortunately, missing altogether this year.

Everyone lamented the fact that 2021 Kırkpınar was "not what it used to be" and even called it "not the real" Kırkpınar.

Veteran spectators, some of whom have been coming to the festival for decades, reminisced about the past events, which traditionally included countless food stalls, fairs, musicians and concerts as well as night-long hangouts with friends near the arena.

For Ismail, a man in his 50s who has visited nearly every edition in the past 20 years, aside from the oil wrestling Kırkpınar represents a traditional trip with multiple friends. This year he only had one companion and was a little disappointed to see the atmosphere of celebration accompanied by an unending traditional drum beat gone, yet he is sure that it will return.

"This tradition (of the Kırkpınar festival) will continue because we are expecting it, we are waiting for it (every year)," he said.

Ismail's companion, Şerif, said he visited for the first time some 20 years ago just as a fun trip with friends and as it struck their fancy it became a yearly thing.

"It's a once-in-a-year event. People come here from all over the place, even from Bulgaria and Greece. It's nice to spend this time here," Şerif said.

As people around the globe are now pinning their hopes of returning to normalcy in 2022 so do fans of Kırkpınar. If we do manage to beat the pandemic, their hopes will certainly be realized as neither fans nor pehlivans show any intention of letting this captivating centurieslong tradition go. It's a non-renounceable heritage.