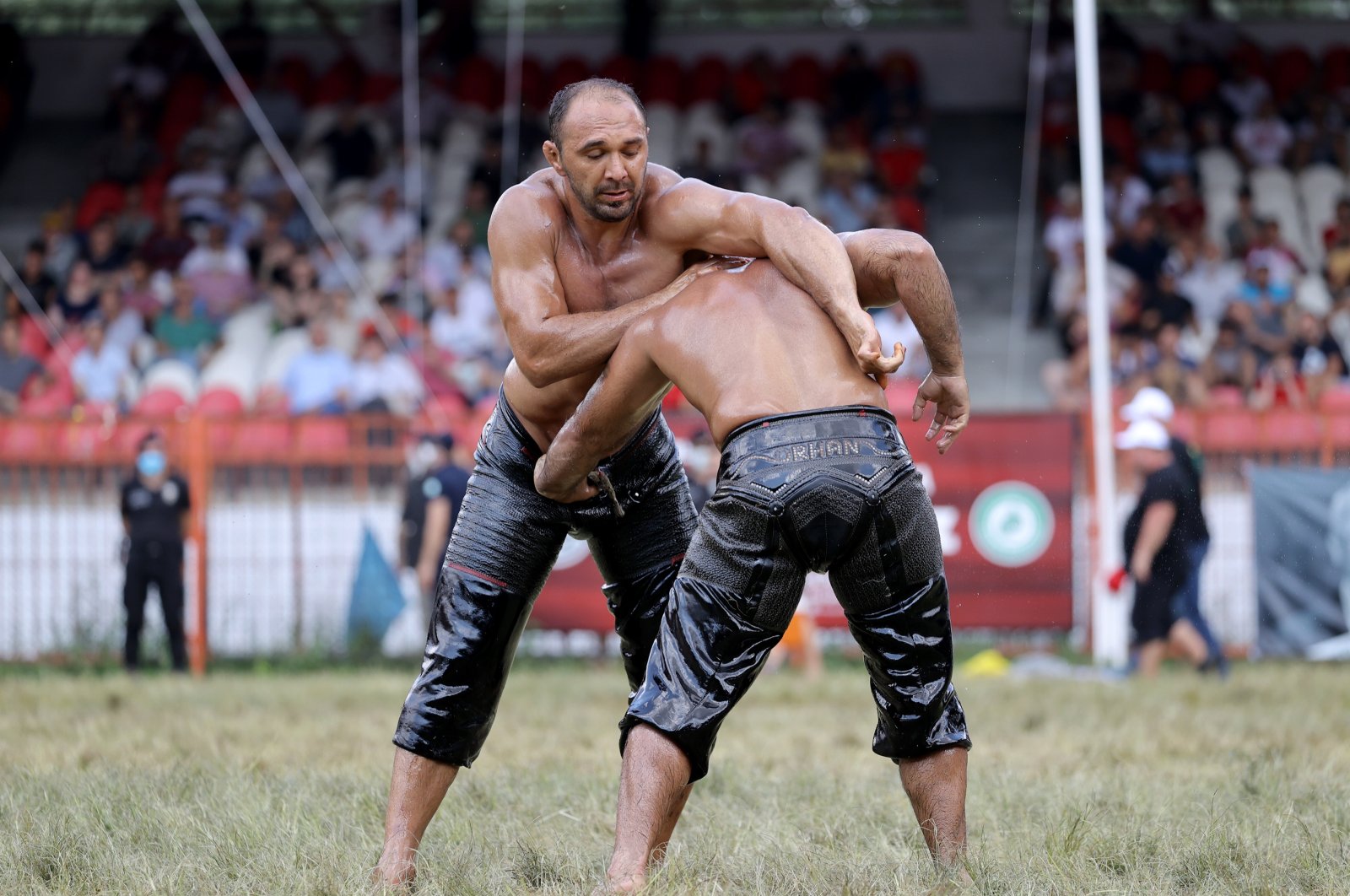 Ali Gürbüz won golden belt to become the chief wrestler in Turkey’s Kırkpınar oil wrestling by defeating his opponent Ismail Koç on Sunday.It is Gürbüz’s second title in a row and fourth overall. He also initially won in 2013, but the title was taken away over doping.

Turkey’s 660th Kırkpınar Oil Wrestling Festival is started in the country's northwestern Edirne province on Friday, continuing the tradition as the oldest competition of its kind in the world.

Turkish Parliament Speaker Mustafa Şentop, main opposition Republican People's Party (CHP) Chairperson Kemal Kılıçdaroğlu and Minister of Youth and Sports Mehmet Kasapoğlu attended the ceremony.
About 3,000 wrestlers participated at a field in Sarayiçi, one of Edirne’s most crucial recreational sites. Thousands of fans from different age groups, cultures and regions visit every year to see wrestlers competing for the golden belt and the coveted title of "baş pehlivan," or "chief wrestler."

The wrestlers from the southern Mediterranean coastal city of Antalya have dominated the festival in the last 10 years – excluding 2014 and 2016, when Fatih Atli from the northern Samsun province and Recep Kara from the Black Sea province Ordu claimed the titles, respectively.