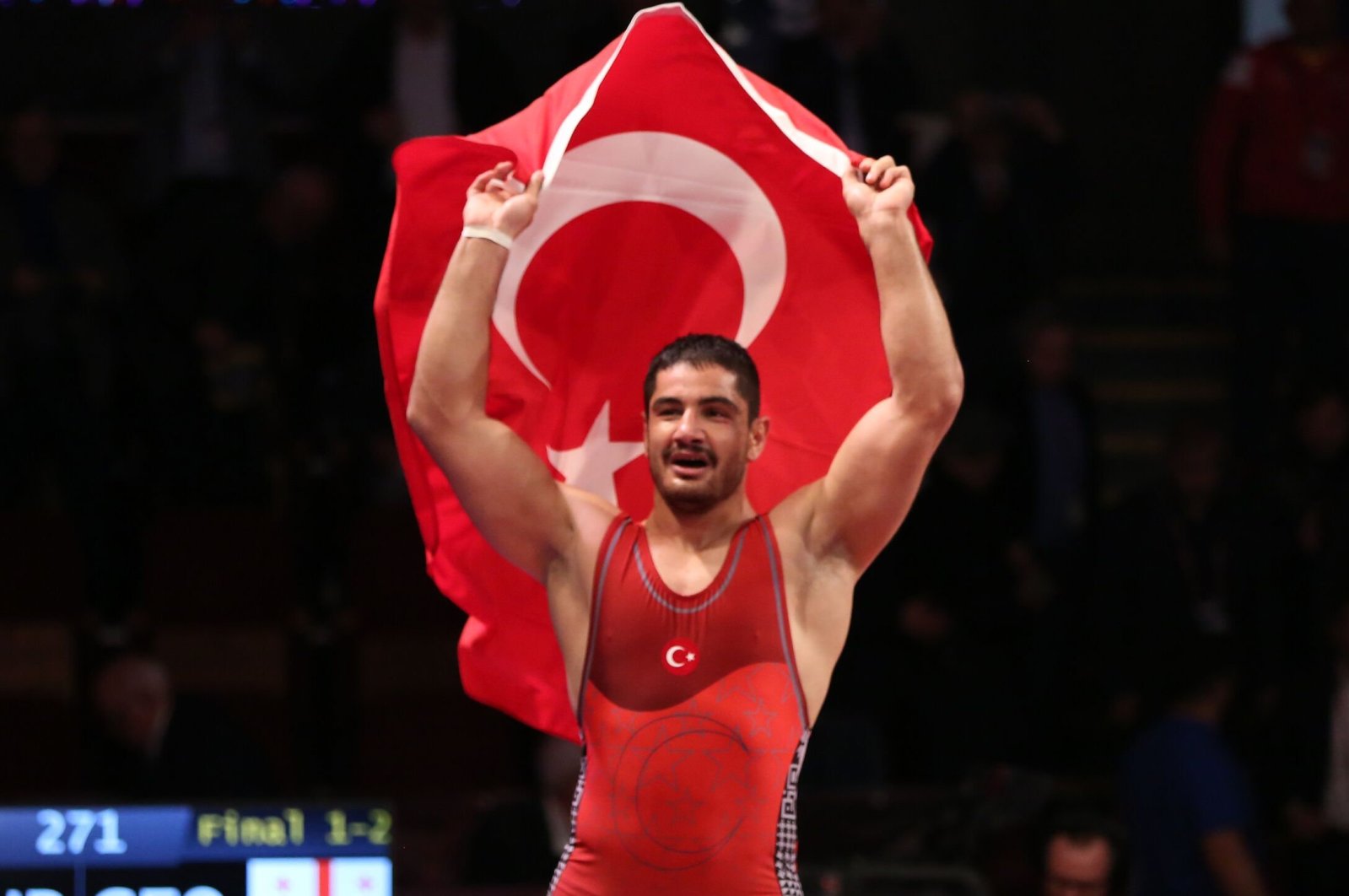 An Olympic champion in wrestling, Turkey’s Taha Akgül said Thursday that he aims for another gold medal in the 2020 Tokyo Olympics as he fully recovered from his major shoulder injury.

"I had a very serious injury in the Turkish national team camp. I sustained a dislocated collarbone and underwent surgery then. For me, it was very hard to prepare for the Olympics in a six-month period. I was very sad as I thought I would miss the games," Akgül told Anadolu Agency (AA).

It was "God's gift" for him that the 2020 Tokyo Olympics was postponed to 2021 over the coronavirus pandemic, Akgül said, as the delay gave him time to heal and train.

One of the most respected wrestlers, 29-year-old Akgül won a gold medal in the 125-kilogram freestyle in the 2016 Rio Olympics. And now, Akgül says he wants a second one.

With the 2020 Olympic Games moved to next year amid the pandemic, the Tokyo Olympics will be held between July 23 and Aug. 8, 2021.

"When I went to Rio 2016, I was a five-time European and two-time World champion. I was the favorite. Thank God I won the gold medal there. This was the most important medal in my career, an Olympic medal. Now I am the most experienced athlete in our national team for Tokyo 2020, and our goal is to win gold again," Akgül said.

He made his Olympic debut in London 2012 as the youngest member of the national team and was severely inexperienced for the games at the time.

The Turkish wrestler added that his success in Tokyo will shape his future for the 2024 games.

Akgül said that he sees the World Championships in Serbia as a "rehearsal for the Olympics" so he will be able to test himself in this tournament.

Belgrade will host the World Championships between Dec. 12-20 with Akgül among the competitors.