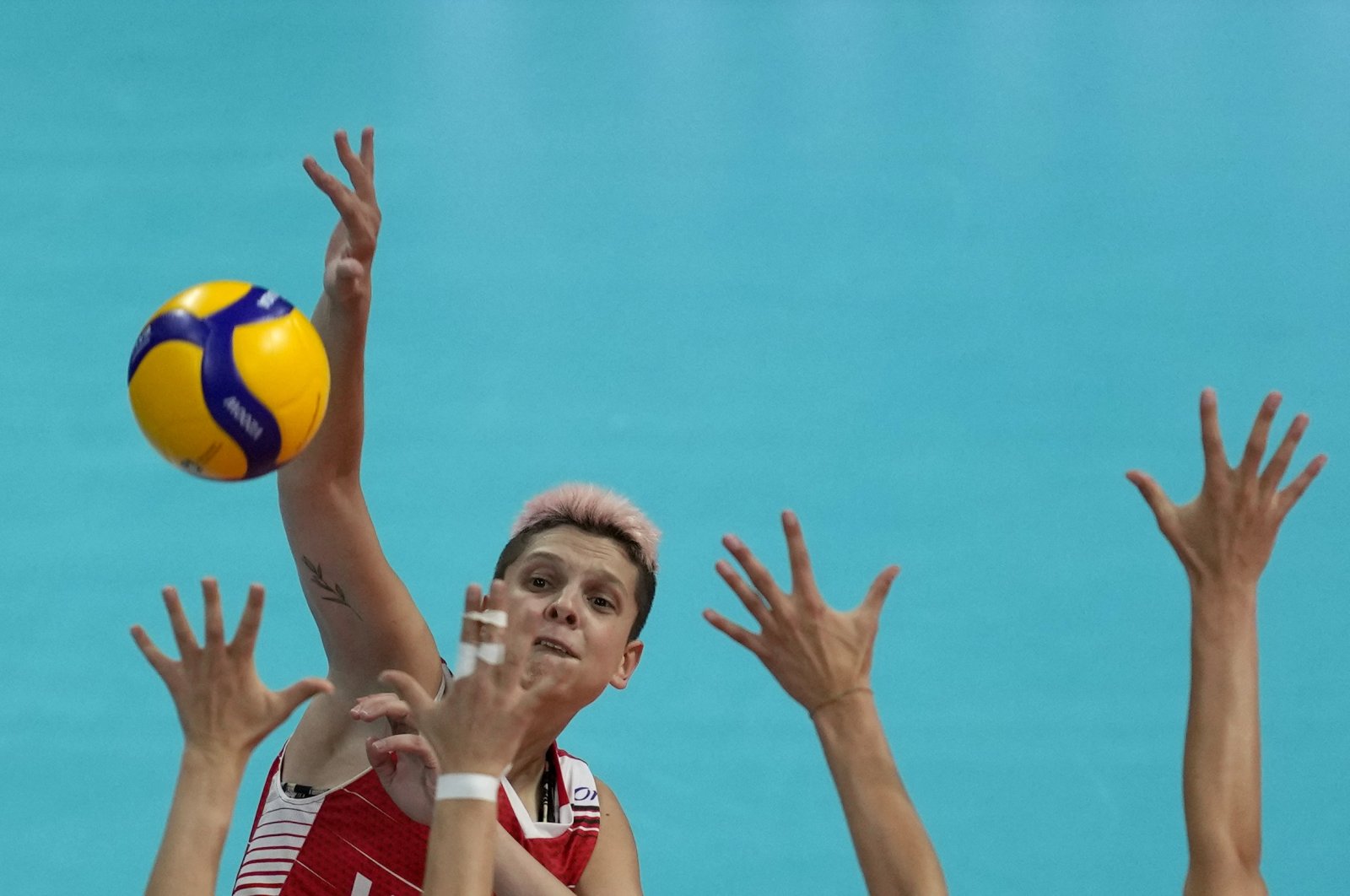 The Turkish team missed their chance to nab the crown of the tournament when they lost against Serbia in the semifinals on Friday 3-1.

With the Netherlands losing their game to Italy, they qualified for Saturday's match.

Italy won 3-1 against Serbia later in the day bringing home gold from the tournament held in Serbia.

President Recep Tayyip Erdoğan and Vice President Fuat Oktay congratulated the Turkish team, known as the "Sultans of the net," for their victory.

"On behalf of all of Turkey, I would like to express my gratitude to the Sultans of the Net, who did not stop fighting until the last moment," Erdoğan said on Twitter.

Speaking to Anadolu Agency (AA) after the game, Turkish player Ebrar Karakurt said they were very proud of their win.

Team captain Eda Erdem and players Hande Baladin and Cansu Özbay said they are happy to win the bronze medal.

Hami Aksoy, who is Turkey's ambassador to Serbia, said the team brought their country great happiness, adding that the Sultans deserved their medal.