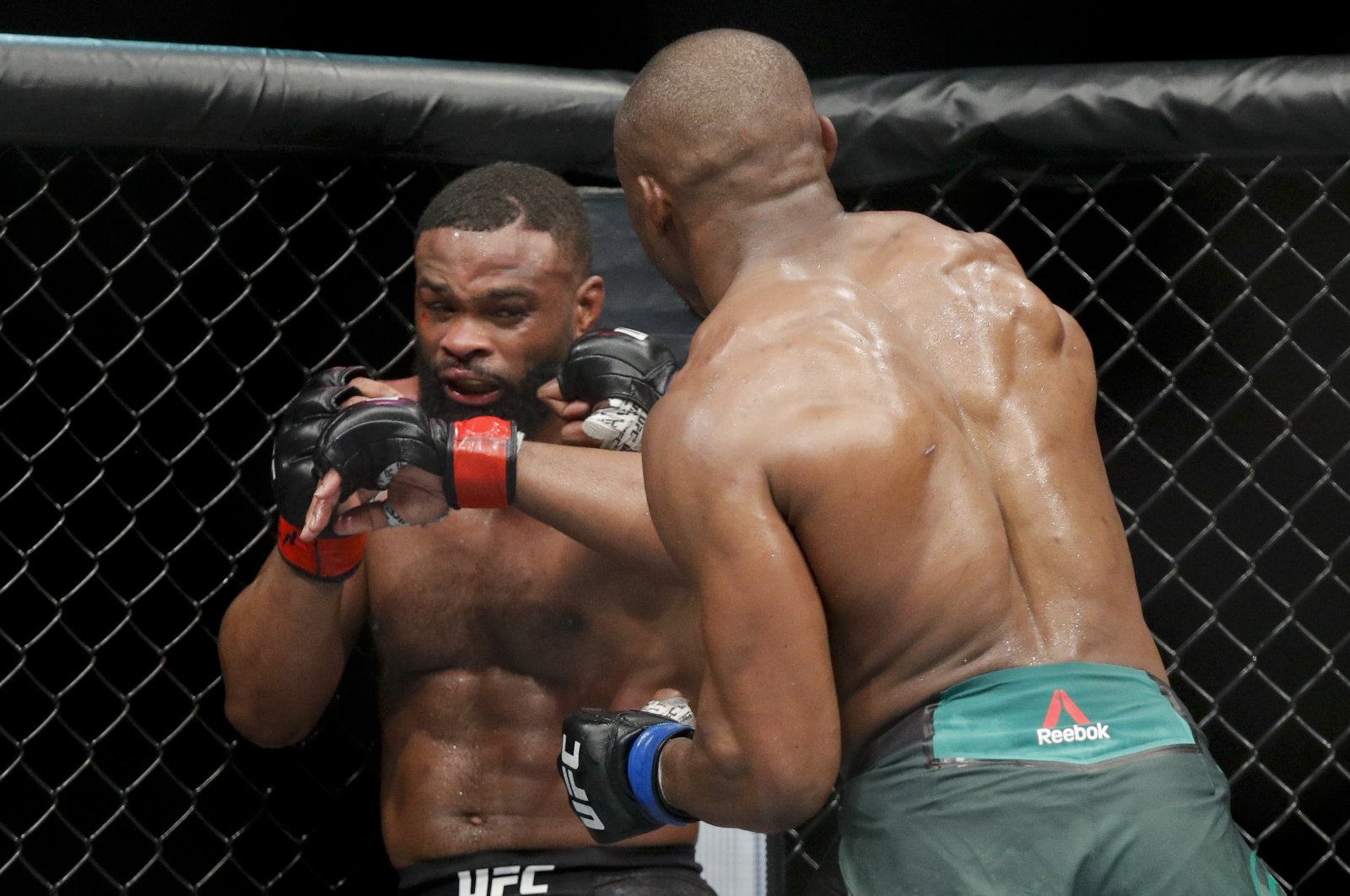 Mixed martial arts and boxing are back in business in Nevada.

The decision ends the moratorium on combat sports that has been in place in Nevada since March 14, when the commission stopped competition amid the coronavirus pandemic.

The UFC immediately confirmed its plans to stage a show without fans in attendance Saturday night at the UFC Apex arena on its expansive corporate complex in Las Vegas, followed by the UFC 250 pay-per-view show at the same place June 6.

Top Rank is expected to hold fan-free boxing shows at the MGM Grand on June 9 and June 11.

Citing the importance of sports to the state’s economy and morale, Nevada Gov. Steve Sisolak announced Tuesday night that sporting events could return if promoters followed health rules approved by the appropriate authorities.

The commission on Wednesday approved stringent coronavirus safety protocols to accompany the return of combat sports to their hometown. The UFC and Top Rank have worked closely with the commission in recent weeks to create the protocols, according to Bob Bennett, the commission’s executive director.

The UFC established a partial blueprint for the safety rules when it staged three shows in Jacksonville, Florida, earlier this month while waiting to get approval from the Nevada commission to return to its hometown.

The Nevada commission’s safety protocols include immediate testing and mandated quarantine at a hotel upon all participants’ arrival in Las Vegas, followed by another test and isolation period before the events.

The UFC is expected to stage several domestic cards in Las Vegas over the upcoming weeks, and President Dana White still intends to hold other shows on a private island for fighters not based in the U.S.

White said the events in Jacksonville included more than 1,110 processed tests for COVID-19. Veteran fighter Jacare Souza and two of his cornermen tested positive before the first event in Florida, but no other positive tests were reported.

The main event of UFC 250 on June 6 features dominant two-division champion Amanda Nunes defending her featherweight belt against Canadian challenger Felicia Spencer. UFC 250 initially was scheduled for May 9 in Nunes’ native Brazil, but was postponed and eventually moved.

Last week, Promoter Bob Arum said he plans to stage a card of five fights on June 9 at the MGM Grand, the first of a series of fights over the next two months at the Las Vegas hotel. A second fight card will be held two nights later, with ESPN televising both cards, kicking off twice-weekly shows at the hotel in June and July.

“Once we get those fights in and UFC gets its initial fights in, both of us will ask for additional dates," Arum told The Associated Press. "The key was getting enough testing, and we’ve got plenty of testing in Nevada to hold our events.”

In addition to Arum’s fights, British promoter Eddie Hearn said this week he plans to hold fights beginning sometime in July from the backyard garden of the family mansion outside London where he was raised. Hearn told The Athletic that the first fight card is tentatively set for July 15.

Golden Boy promoter Oscar De La Hoya has also talked about returning with a July 4 card, though he has offered no details. UFC returned to action earlier this month with cards in Florida, including a pay-per-view event, that took place without fans.

Arum declined to say who would be fighting on June 9, saying ESPN wanted to make the announcement after the fights are approved. But he said the cards would feature the same quality of fighters who were on ESPN before the shutdown of sports around the world.

The cards would be expanded to three-hour shows, Arum said, and feature a main event, a co-main and three supporting fights.

“These will be the same guys we were going to have before to the extent possible,” he said. “Guys like (Olympic medalist) Shakur Stevenson and others who would have been fighting on our cards.”