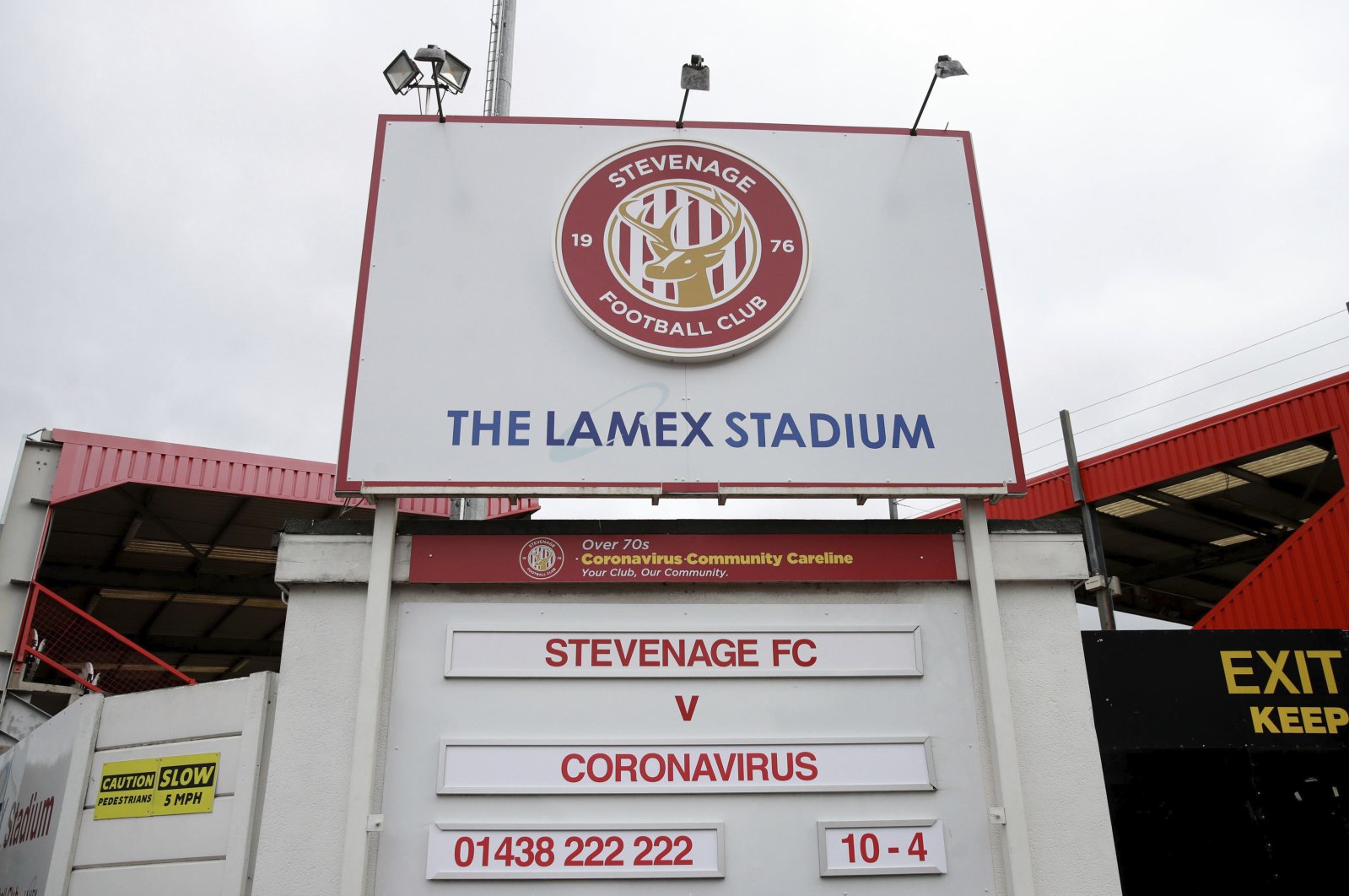 The suspension to the current football season due to the coronavirus pandemic has left the game's biggest clubs arguing with star players over cuts to their multi-million euro salaries as top sides brace for huge drops in revenues.

However, the potential damage is even more serious at the lower reaches, where clubs are losing out on gate receipts vital to keeping them afloat and potentially being denied planned-for financial windfalls from reaching the top table.

Italy could be the scene of legal chaos this summer as clubs desperately try to defend potential promotions that boost their coffers. On Tuesday, Frosinone president Maurizio Stirpe threatened "legal action" if his club were not promoted to Serie A this season, despite his team only being third and not in Serie B's two automatic promotion places. The season finishing as it stands would give Frosinone no chance of breaking into the top two, while the removal of the play-offs would open up a potential deluge of legal challenges with millions in Serie A TV revenue up for grabs. Stirpe had already suggested last month that this season be extended until the end of June next year, extending contracts until that date but "only paying for this season". However, that would be disastrous for players in the lower leagues, in particular, those in third-tier Serie C, which according to Monza CEO Adriano Galliani (formerly of AC Milan) has "basically no revenues" and "loses 120 million euros a year."

The economic fall-out from teams being denied promotion will exacerbate an already brutal financial situation for lower-league clubs. Real Zaragoza has been out of Spain's top flight since 2013, but are currently second in the Segunda Division, five points ahead of the play-off positions with 11 matches remaining. Zaragoza president Christian Lapetra said he will "defend the club's interests" if the season is canceled and they don't reach La Liga. "There is an economic significance for all clubs if we don't restart.

We would have to adopt extraordinary measures to be able to come out of it and continue to compete," he said in a videoconference with Spanish reporters. "If we end up being left in Segunda we will be squeezed even more and we will have to keep looking for ways of getting by. Promotion is the best way of financing ourselves."

The situation is similar even in England, the richest football nation of all. Last month League One and League Two clubs – the third and fourth-tiers – said they face losses of around 50 million pounds ($63 million) if the season doesn't restart. Phil Wallace, chairman of League Two's bottom team Stevenage, is reluctant to pull the plug on a club he has owned for 20 years but told AFP the current state of limbo is "a disaster."

"I would expect some casualties this year," he says. "We get average crowds of 3,000 so we are losing 45,000-50,000 pounds per home match. We have been given an advance of money by the EFL (English Football League), which is what we would normally receive in August. However, when we get to July we have got to be thinking about what on earth do we do then."

The prospect of matches being played behind closed doors doesn't cut it for Stevenage either, due to the loss of income from bars, restaurants and sponsorship. "All that income is gone," he says.

Across Europe clubs have put measures in place to protect the income of non-playing staff, either through topped-up partial unemployment schemes or player donations, but many workers at the sharp end of the industry are in limbo because of the suspension of the season. German TV station Deutsche Welle reported this week that in Germany nearly two-thirds of some 56,000 Bundesliga matchday jobs, such as security and catering, are staffed by third-party employees rather than the clubs. Those employees have been largely overlooked by solidarity measures extended by German clubs.

Lawyer Verena Speckin told Deutsche Welle that football clubs only have a legal responsibility towards those who are directly employed by them, and the channel reports that the vast majority of Bundesliga clubs have no plans in place to help third-party employees. Speckin said "the challenge many employees face is the fear and pressure of losing their livelihood," meaning that they are scared to challenge their employers. "Many decide to keep silent and choose not to do anything so that they'll be able to keep their job."