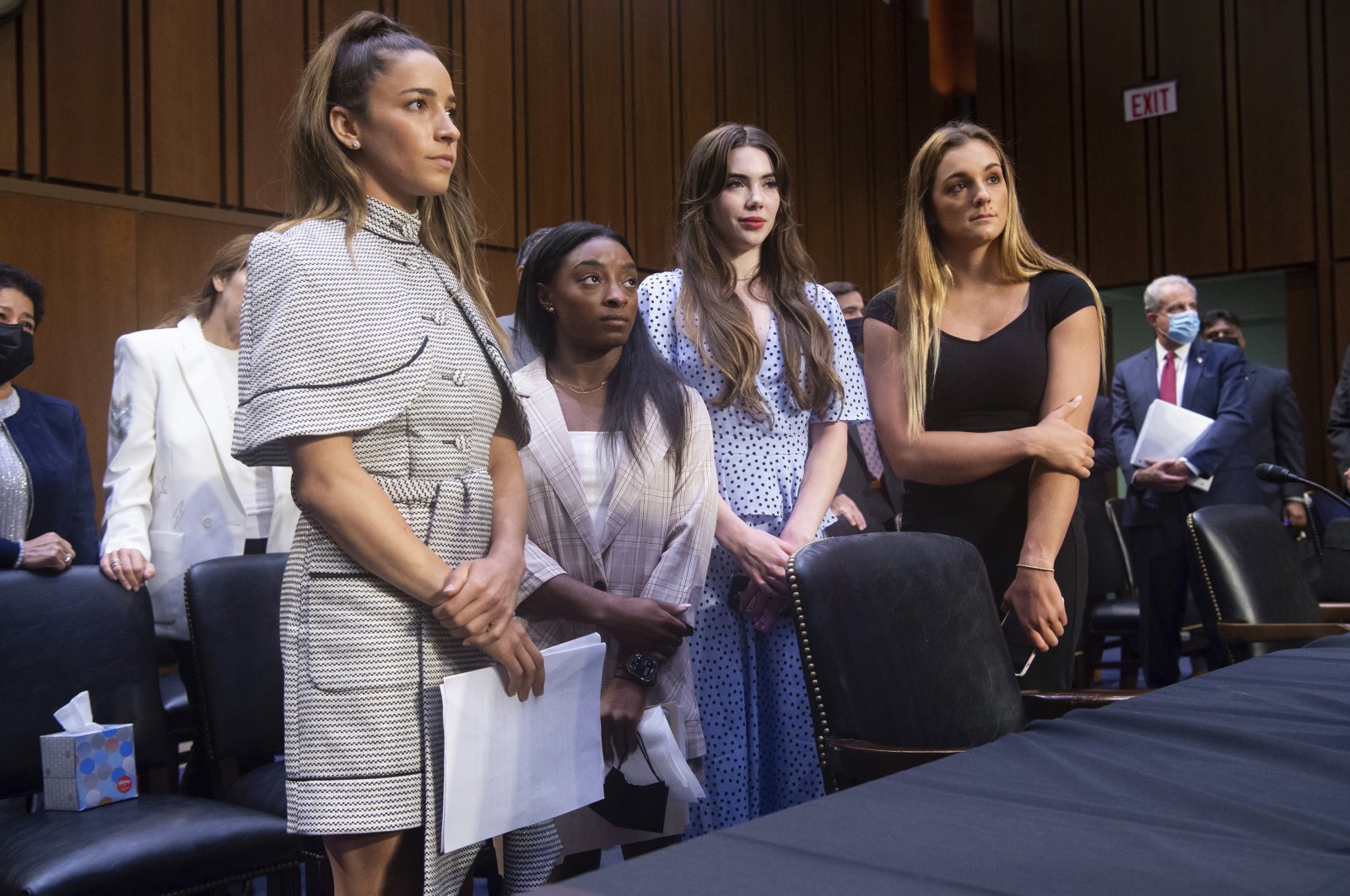 The settlement – one of the largest ever recorded for victims of sex abuse – ends a five-year legal battle that erupted following the abuse scandal that rocked the U.S. Olympic movement.

It will cover claims brought among others by Olympic gold medalists Simone Biles, Aly Raisman and McKayla Maroney, who were among Nassar's most high-profile sexual abuse victims. According to court filings, more than 500 victims have sought compensation.

"USA Gymnastics is deeply sorry for the trauma and pain that Survivors have endured as a result of this organization's actions and inactions," USAG President and CEO Li Li Leung said in a statement.

As part of the settlement, USA Gymnastics (USAG) and the Olympic & Paralympic Committee (USOPC) also agreed to designate some of their board seats to survivors and to implement other new policies aimed at protecting athletes from future abuse.

To get those reforms in place, the Olympic Committee committed to allocating $5 million, a lawyer for some of the plaintiffs said.

"This settlement is about the brave survivors who came forward, forced these organizations to listen, and demanded change," Michelle Simpson Tuegel, who represents more than two dozen Nassar survivors, said in a joint statement with Tasha Schwikert Moser, co-chair of the Survivors Creditors Committee.

"Through this agreement, these survivors are finally being acknowledged and USAG and USOPC are being forced to change so that this sport can begin a new chapter," they said.

Biles, Raisman and Maroney testified about the abuse during a Senate hearing in September at which they blasted USA Gymnastics and Olympic officials for failing to stop Nassar. They also took the FBI to task over its botched investigation into Nassar's actions.

The Justice Department in October launched a fresh inquiry into the FBI's handling of the Nassar investigation after previously declining to prosecute the agents involved.

Nassar, the main doctor for Olympic gymnasts for 18 years, was sentenced in federal court in 2017 to 60 years in prison on charges of possessing child sex abuse material. The following year, Nassar was sentenced to up to 175 years and up to 125 years, respectively, in two separate Michigan courts for molesting female gymnasts under his care.

The settlement announced Monday was reached after TIG Insurance agreed to pay a large portion of the money, the Wall Street Journal reported earlier.

USA Gymnastics voluntarily filed for bankruptcy in 2018 after Olympic bronze medalist Jamie Dantzscher filed a lawsuit and additional claims were filed on behalf of a growing number of Nassar's victims.

The terms of Monday's settlement deal, which were confirmed after a U.S. bankruptcy court hearing in Indiana, will also enable USA Gymnastics to exit bankruptcy.