US sports edge back from virus shutdown with motorsports, golf 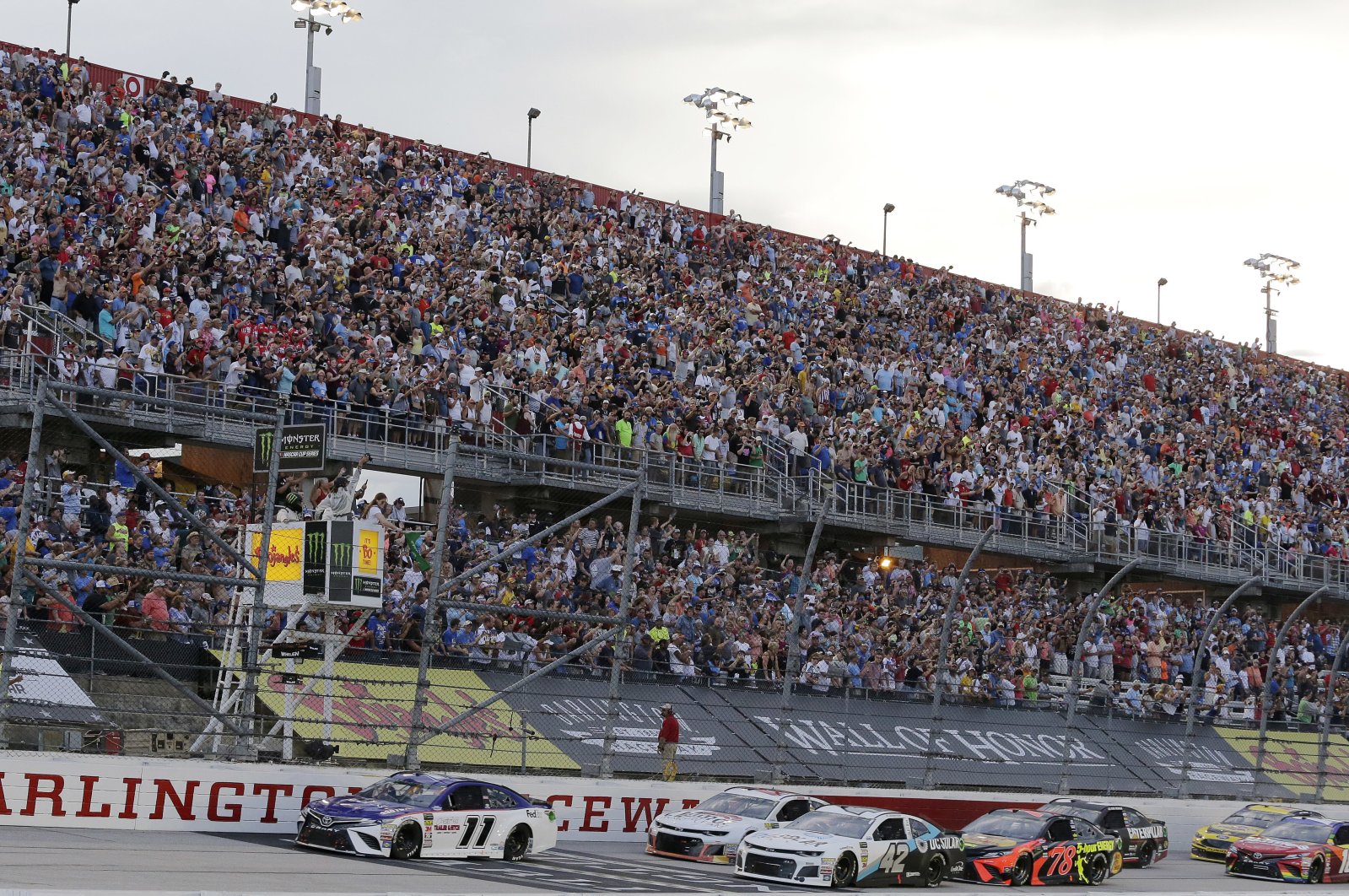 The tentative reopening of sports in the U.S. gathers pace this weekend with a PGA-Tour backed golf event and the return of NASCAR, as leagues across the country attempt to resume seasons put on hold by the coronavirus pandemic

World number one Rory McIlroy and America's most popular auto racers will nudge U.S. sports forward this weekend as hope grows for a June revival from the coronavirus shutdown.

Four-time major champion McIlroy and fifth-ranked Dustin Johnson will team up to face Rickie Fowler and Matthew Wolff in a made-for-television Skins Game without spectators on Sunday to raise $3 million for virus relief charities.

"Golf can return to doing things like this," McIlroy said. "We can keep ourselves socially distant. We can keep ourselves in different carts and stay more than six feet away from one another. That's very important, too, taking all the necessary precautions to be able to put this match on."

That's in part because other sports organizations seeking their own returns will be watching to see how well these events handle the challenge.

The National Association for Stock Car Auto Racing (NASCAR) also returns Sunday without fans with a 400-mile (643 kilometer) race at the 1.33-mile Darlington Raceway oval, where temperature-taking and masks will be among the measures used to safeguard the health of all involved.

"There will be a huge microscope on how we're doing things," 2020 Daytona 500 winner Denny Hamlin said. "For all of us, it's just the unknown of making sure we're doing it the right way."

Creating an atmosphere where athletes can be confident they won't contract the deadly virus, risking the health of themselves and loved ones, is key to chances the NBA, Major League Baseball, National Hockey League and Major League Soccer can return, perhaps as soon as next month, after shutting down in March.

"If we get proper testing and we know everyone is negative... golf is in good position to lead the charge back and sports, I think, is important for American culture," veteran U.S. PGA Tour player Joel Dahmen told Golfweek.

Even without spectators, plentiful testing will be needed for players, coaches, trainers and officials when sports resume, with IndyCar planning a June 6 Texas race and the PGA Tour set for a June 11 relaunch at Colonial after stopping in March.

The PGA Tour's event plan includes temperature monitoring, virus tests for those above 100.4 Fahrenheit (38 Celsius) and quarantines for those testing positive to keep events in a secure bubble, much the same strategy the NBA, MLB, MLS and NHL are studying.

Small-scale events are easier, such as the Tiger Woods and Phil Mickelson skins game May 24 with NFL stars Tom Brady and Peyton Manning or McIlroy's Sunday event at Seminole Golf Club in South Florida.

"It has been difficult to witness what so many are enduring over the last several weeks due to the COVID-19 pandemic," McIlroy said.

"I'm pretty excited to do a small part to raise some money and some awareness in these challenging times."

'Too Tough to Tame'

NASCAR's return comes at Darlington, a 70-year-old oval in rural South Carolina nicknamed "The Track Too Tough To Tame."

This year, drivers must also contend with COVID-19, the virus too virulent to vanquish – at least for now.

"NASCAR and its teams are eager and excited to return to racing, and have great respect for the responsibility that comes with a return to competition," NASCAR executive vice president Steve O'Donnell.

"NASCAR will return in an environment that will ensure the safety of our competitors, officials and all those in the local community."

Social distancing measures will be in place, and if rescue workers need to help drivers out of vehicles after crashes both will have protection to contain potential virus transmission.

NASCAR staged only four races before the season was stopped, the last won by Joey Logano at Phoenix on March 8. Hamlin won the U.S. stock car circuit's signature event at Daytona for the third time but has had to prepare for a race with no practice or qualifying and more safety requirements than usual.

"Figuring out protocol for me, when I need to be there, where I need to be at all times, just going through that this week, make sure I get it right," Hamlin said of his preparation.

"I'm sure after this first race it will be a lot easier for us and it should go quite a bit smoother, so I'm looking forward to it."

NASCAR has now announced nine top-level Cup Series races to be run under their revamped schedule, all to be held without fans in the stands.

For many, the usual qualifying procedures will be scrapped. Teams will be allowed to prime engines and make final adjustments to cars on the pre-race starting grid.

Information for mandatory driver and crew chief meetings will be sent electronically.