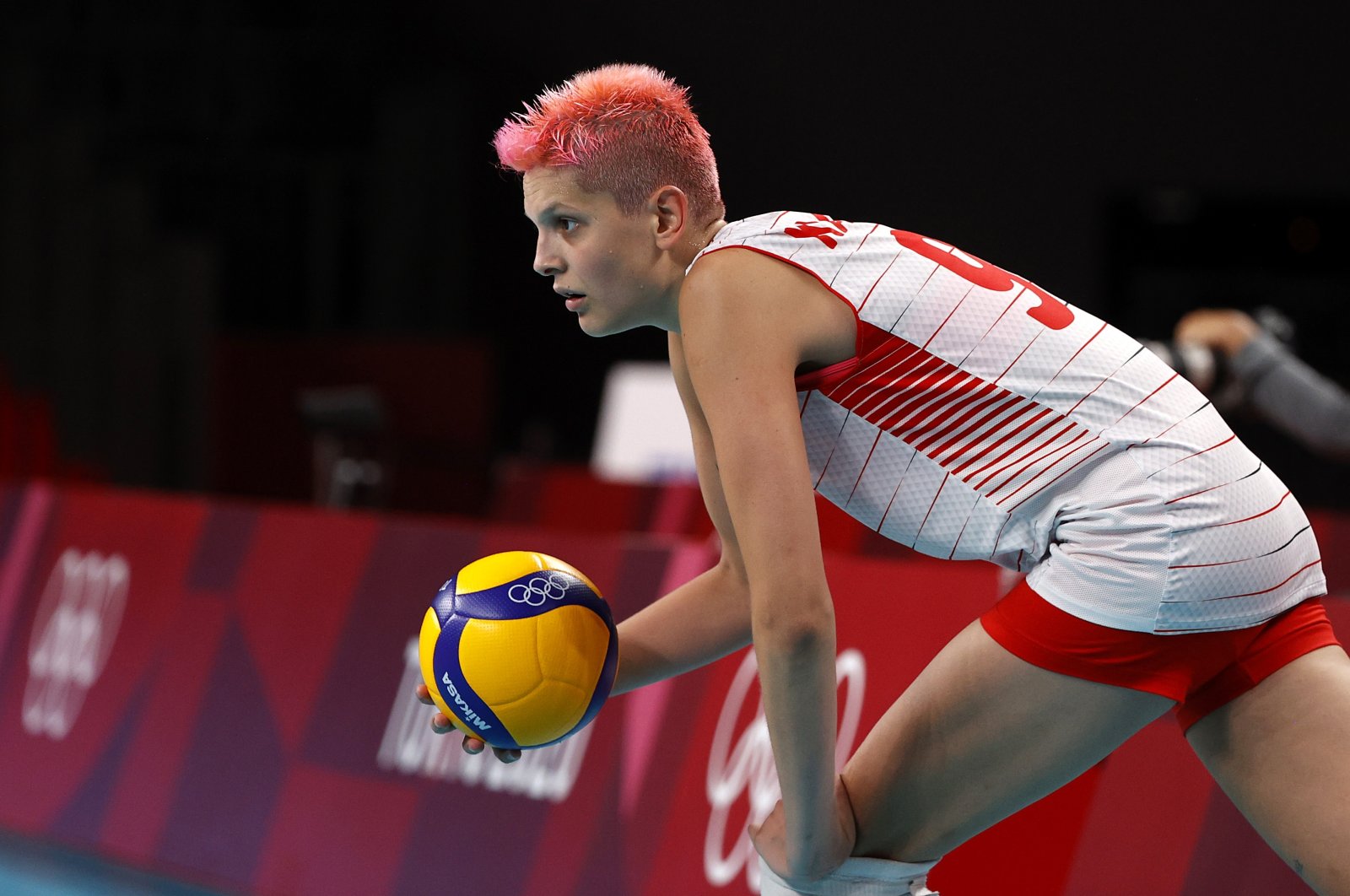 Turkey's Ebrar Karakurt in action during the women's preliminary round pool B volleyball match against USA during the Tokyo 2020 Olympic Games at Ariake Arena, in Tokyo, Japan, July 30, 2021. (Reuters Photo)
by Reuters
Jul 30, 2021 10:25 am

Ebrar Karakurt was just 12 years old when she decided she was going to compete at the Olympics one day as she watched the Turkish national women's volleyball team at the London 2012 Summer Games.

Fast-forward nine years, and the opposite hitter Karakurt, sporting bold bright pink hair, leads the way with 18 points in Turkey's first game at Tokyo 2020, a 3-0 win against defending champions China.

"I am living a dream here. Realizing my childhood dream," Karakurt said on Friday.

"It's even more fun, better than I dreamed. We get to meet athletes from all over the world from all sports. I love exchanging pins, I have got so many to take home and cherish."

The spiker has always been short-haired and likes changing it up. At times it's been her natural dark brown, full bright blonde or streaks of blonde, but her favorite is the hot pink that she also picked for Tokyo 2020, she said on Friday, speaking to Reuters at the Olympic village.

On the court against the six-time gold medalists China, it was hard to miss the flamboyant youngster not only because of her hair but also because how her long, powerful limbs stood out through the massive attacks she shot.

She's been playing for the Turkey women's national team since 2018 and has helped them win a silver medal at the 2018 FIVB Volleyball Women's Nations League and at the 2019 Women's European Championship. At only 21 years old, she has been a great addition to the rotation as an opposite.

Standing at 1.96m tall, Karakurt is a big personality on the court.

"I think my strong reactions galvanize the team. As a young player, I think it’s my duty to bring dynamism and excitement."

Turkey lost its second and thirds games against Italy and the United States. It will be taking on Argentina and Russia next. But Karakurt is not worried.

"We are not concerned about the group stage. We are focused on what happens after the group stage, the quarterfinals, semifinals, and hopefully the final. We are here for a medal."