Washington makes most of second chances to down Giants 30-29 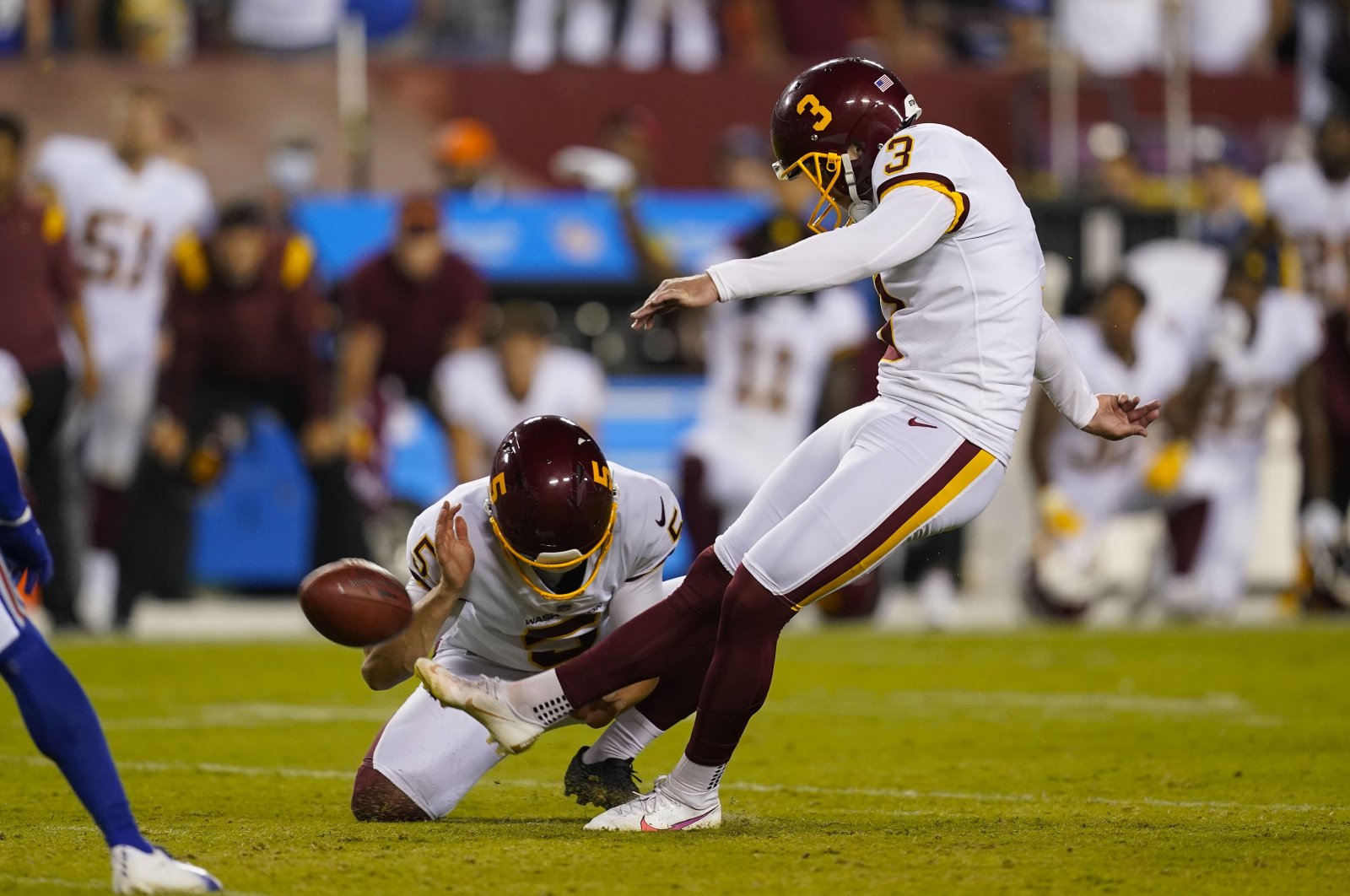 It is only the second week of the season, but so far the NFL's marquee showcases of Monday and Thursday Night Football have provided fans with games that have gone down to the wire rather than boring blowouts.

Week 1 was bookended by an ageless Tom Brady leading his Buccaneers to 31-29 victory over the Cowboys and then the Raiders coming through in overtime against the Ravens. If Week 2's auspicious start is anything to go by, then hopefully Monday night's matchup between the Lions and Packers will be worth tuning into. The Thursday Night Football game between the New York Giants and the Washington Football Team provided its fair share of drama and heartbreak.

Washington needed every last second – and then some – to earn a long-awaited win over the New York Giants.

Dustin Hopkins made a 43-yard field goal on an untimed down – after a penalty negated his miss seconds earlier – and Washington beat New York 30-29 on Thursday night, snapping a five-game win streak for the Giants in the series.

It also gave Taylor Heinicke another moment in the sun after he cost Washington dearly with a late interception. The 28-year-old quarterback was making his second career start in the regular season and first since 2018 with Carolina. He became a bit of a sensation when Washington had to use him in last season's playoffs against Tom Brady and Tampa Bay, but his team lost that game.

“It's amazing,” Heinicke said. “The first start was what, two or three years ago in Carolina? Threw three picks, tore my tricep, it was just a brutal thing – and that was my last start until last year (against) Tampa. Come in to Tampa last year, had a good game, but ultimately fell up short. And finally get that first win.”

Heinicke, playing because of an injury to Ryan Fitzpatrick, threw for 336 yards and two touchdowns. His interception set up Graham Gano’s fifth field goal of the game, which gave the Giants a 29-27 lead with 2:00 remaining. Heinicke then guided Washington back into field goal range.

“He does have the ability to throw the ball and make all the throws. We’ve seen that,” coach Ron Rivera said. “And he’s got a lot of confidence.”

Hopkins missed his first attempt to win the game, but he was given a reprieve when Dexter Lawrence was flagged for being offside. His next attempt was good, giving Washington (1-1) a wild victory.

“Somebody out there check on my mother,” Hopkins said. “She's probably had a heart attack.”

For most of the night, it was Washington’s highly touted defense that wasn’t pulling its weight. New York scored on its first four possessions of the second half, but after the Giants went up 26-20, Heinicke needed just 17 seconds to put Washington ahead.

J.D. McKissic slipped downfield for a 56-yard reception, and then Ricky Seals-Jones outjumped Adoree’ Jackson in the corner of the end zone for a 19-yard TD that put Washington up 27-26.

The Giants had to punt after that, but as Washington was trying to run out the clock, James Bradberry picked off a pass by Heinicke, giving the Giants the ball at the Washington 20.

Washington's defense forced a field goal, giving Heinicke another chance. Then the penalty on Lawrence gave Hopkins his extra opportunity.

“It’s going to be a tough lesson,” Giants coach Joe Judge said. “I’m not going to put this on Dexter.”

After struggling to stop Justin Herbert and the Chargers last weekend, Washington’s defense had its problems again at the start of this game. New York went 79 yards in 11 plays the first time it had the ball, taking a 7-0 lead on a 6-yard run by Jones.

After Washington tied it on Heinicke’s 11-yard scoring pass to Terry McLaurin, Jones broke free for what initially looked like a 58-yard touchdown run. That play was shortened by a holding penalty, however, and the Giants settled for a field goal.

Washington took a 14-10 lead on a 2-yard TD run by McKissic in the final minute of the half.

Jones found Darius Slayton for a 33-yard TD in the third quarter that put New York ahead 20-14.

Washington's biggest defensive breakdown wasn't punished. With the Giants up 23-20 in the fourth quarter, Slayton was all alone behind the defense, but the pass bounced off his outstretched hands.

That play – and the penalties on the final field goal and the long run by Jones – will likely haunt the Giants during their long break before the next game.

“It’s a pretty tough one. You give it your all and fight and it comes down the tail end,” Giants receiver Sterling Shepard said. “See that first one miss and you see those flags it’s not a fun feeling at all.”

The Giants had 11 penalties for 81 yards. Washington had nine for 80 – and some of those were costly, too.

Gano has now made 35 consecutive field goals, the longest active streak in the NFL. His five field goals Thursday included kicks from 47, 52 and 55 yards.