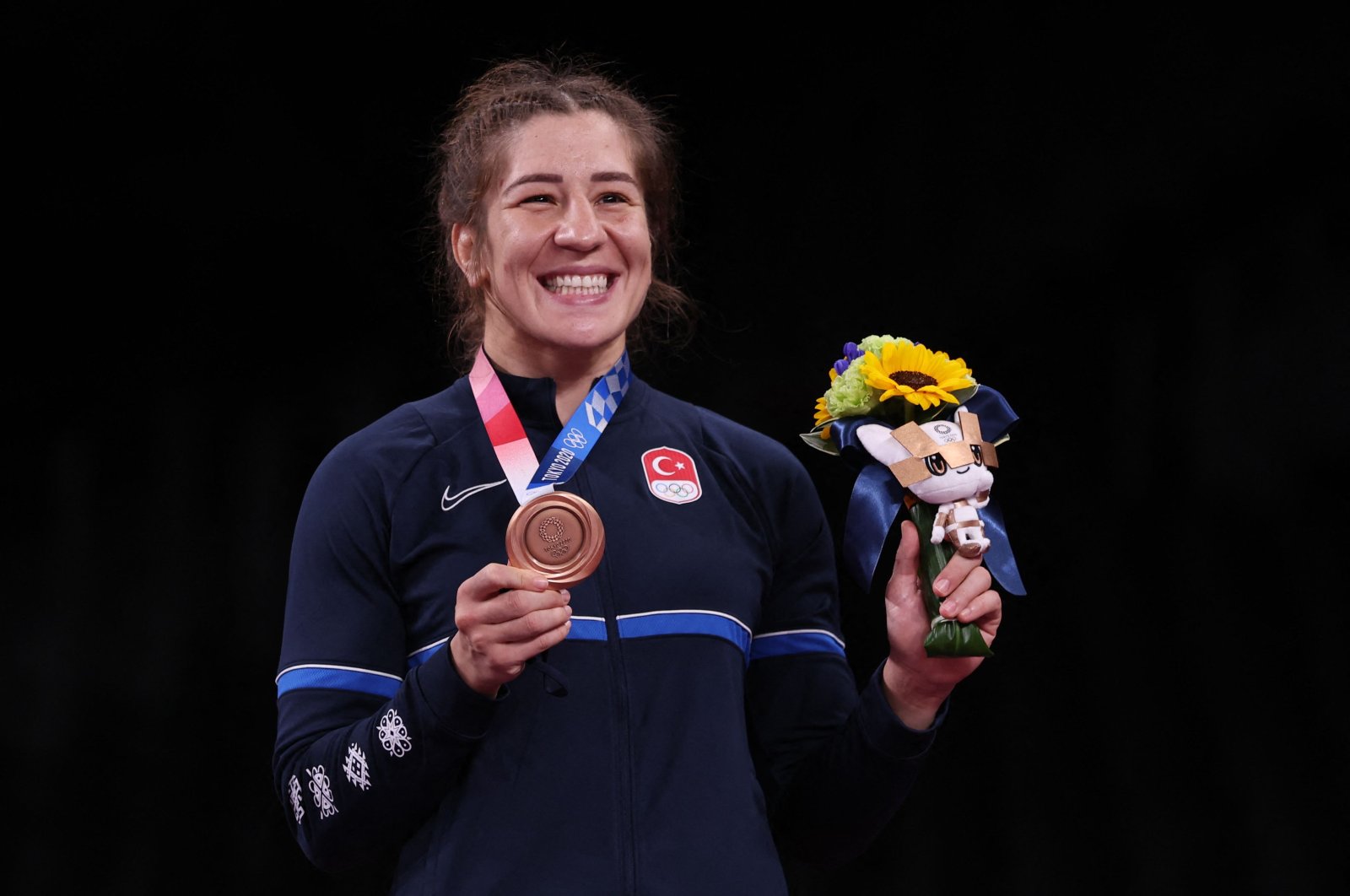 Turkey's Yasemin Adar, who became Turkey's first woman Olympic medalist in wrestling Monday, said her historic win was tinged with sadness due to the raging wildfires in her country. However, she hoped her bronze in Tokyo would give people back home a reason to smile.

"I'm thrilled ... I'm very excited to be achieving a first, honored to be representing my country and it means so much more because my country is having a difficult time with wildfires," Adar told reporters.

"The pain is burning inside me. My tears after winning the bronze medal were due to a mix of emotions, of pride, of joy and of sadness over what's happening in Turkey," she said.

"I'm not able to describe my emotions, but I hope from the bottom of my heart that my medal gives my people a glimpse of hope and joy in these difficult times."

Firefighters are battling to contain the deadly wildfires on Turkey's southern coast that have left at least eight people dead and forced thousands more from their homes.

The 29-year-old wrestler said Turkey's women athletes were determined to help alleviate the pain with their performances.

"Turkish women are really strong and we're now extra motivated by the wildfires, it makes us want to make our people happy, even more than usual," Adar added.

Of her personal achievement, Adar said, "I'm excited about how I'll be welcomed by my fellow Turkish athletes at the Olympic Village. Mete Gazoz (the gold medallist in men's archery) had a hero's welcome there this weekend. It gave me a lot of hope and strength."

Adar said she hoped to compete again in Paris 2024.

"Everyone's curious if I'm going to quit wrestling but no, I want to see what happens in Paris," Adar said.

"I'll be going there for gold. I lost my quarterfinal in the last 10 seconds, I'm sorry about that. I could have gone for silver or gold here."