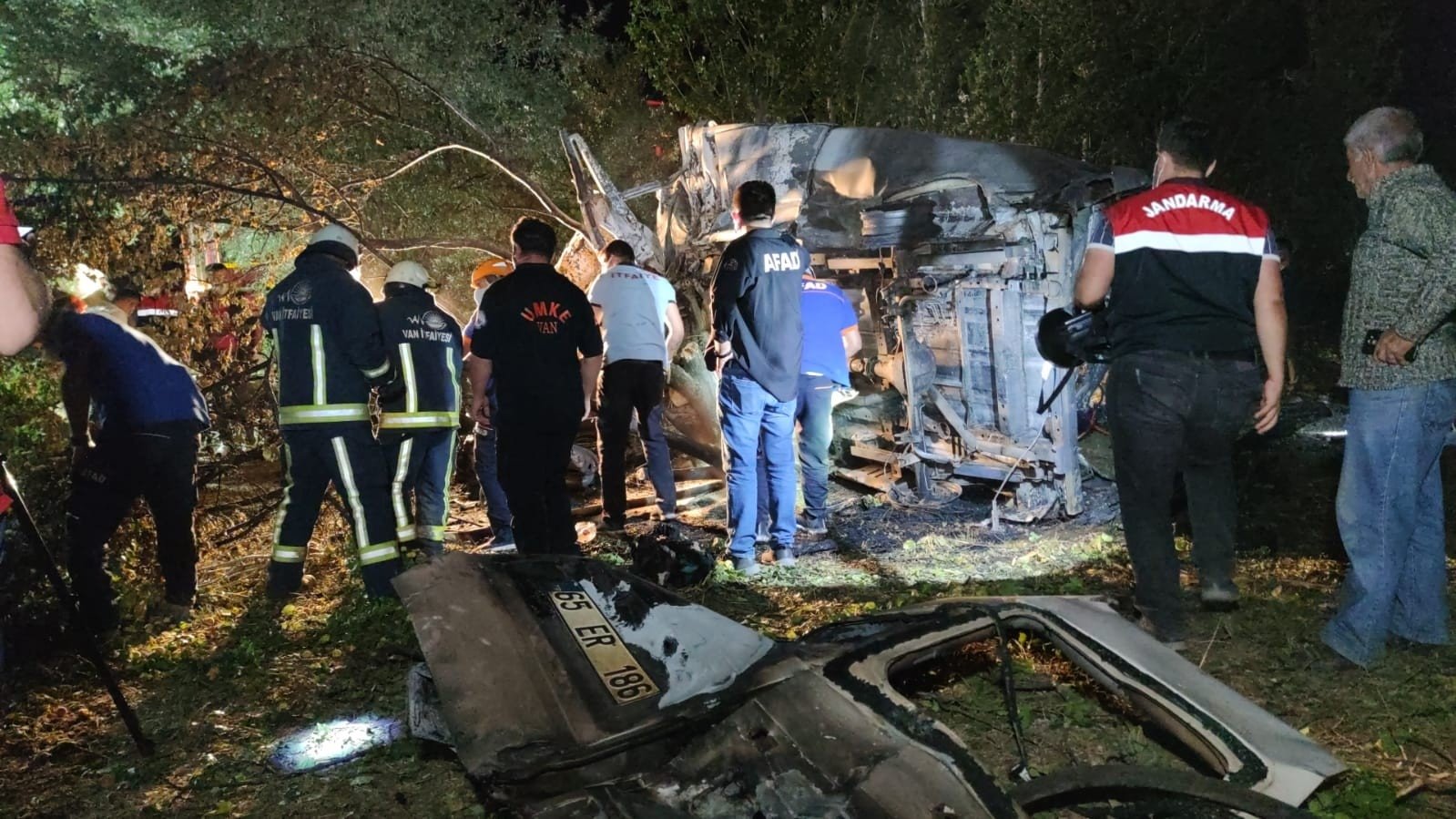 At least 12 people were killed and 20 others were injured after a minibus carrying illegal migrants crashed in eastern Turkey’s Van province on Sunday.

The identities of those killed in the accident were not immediately clear.

According to the authorities, the crash occurred in Van’s Muradiye district, where the vehicle caught fire after tumbling into a ditch.

Among the dead were 11 migrants and a person who helped organize their illegal transport, the authorities were quoted as saying.

The injured were taken to hospital and the owner of the bus was detained, they added.

Situated near Turkey's eastern border with Iran, the city of Van is used as a crossing point for migrants on their long journey to reach Europe, with many coming from Afghanistan.

Medical teams, firefighters, security forces as well as emergency personnel from Turkey's Disaster and Emergency Management Authority (AFAD) were dispatched to the scene.

Migrants – mostly from Iran, Afghanistan and Pakistan – regularly cross the Iranian border into Turkey on foot before being ferried west to cities such as Istanbul and Ankara.

Journeys often turn lethal, be it a short journey to Greece by sea aboard unsafe boats or in overcrowded minibuses and trucks.

Turkish security forces rescued or held some 352 irregular migrants over a 24-hour period on Monday and Tuesday last week across a number of provinces in Turkey.

According to a statement, security units were tipped off that a large group of foreign nationals were at a social establishment located on the highway.

All 101 migrants, who had entered Turkey at different times, were held and two suspected human traffickers were arrested.

In the Belen district of southern Hatay province, at least 28 migrants who were all Syrian nationals and had illegally entered the country were held.

Acting on a tip, security teams stopped three vehicles and identified the migrants, according to local security sources.

While the migrants were sent to the local migration office, legal action was initiated against the three Syrian drivers.

Separately, a Turkish coast guard team was dispatched off the coast of Ayvacık in northwestern Çanakkale province to rescue 25 asylum-seekers.

The asylum-seekers were trying to reach Europe by sailboat, according to a statement by the Coast Guard Command.

Another 43 asylum-seekers, who were pushed back by the Greek coast guard into Turkish territorial waters in the Aegean Sea, were also rescued in Çanakkale.

Four suspects were arrested for alleged human trafficking while the asylum-seekers were sent to the local migration office.

Another group of 25 asylum-seekers was rescued by the Turkish coast guard, who were conducting a routine patrol off the coast of Bodrum in Muğla province.