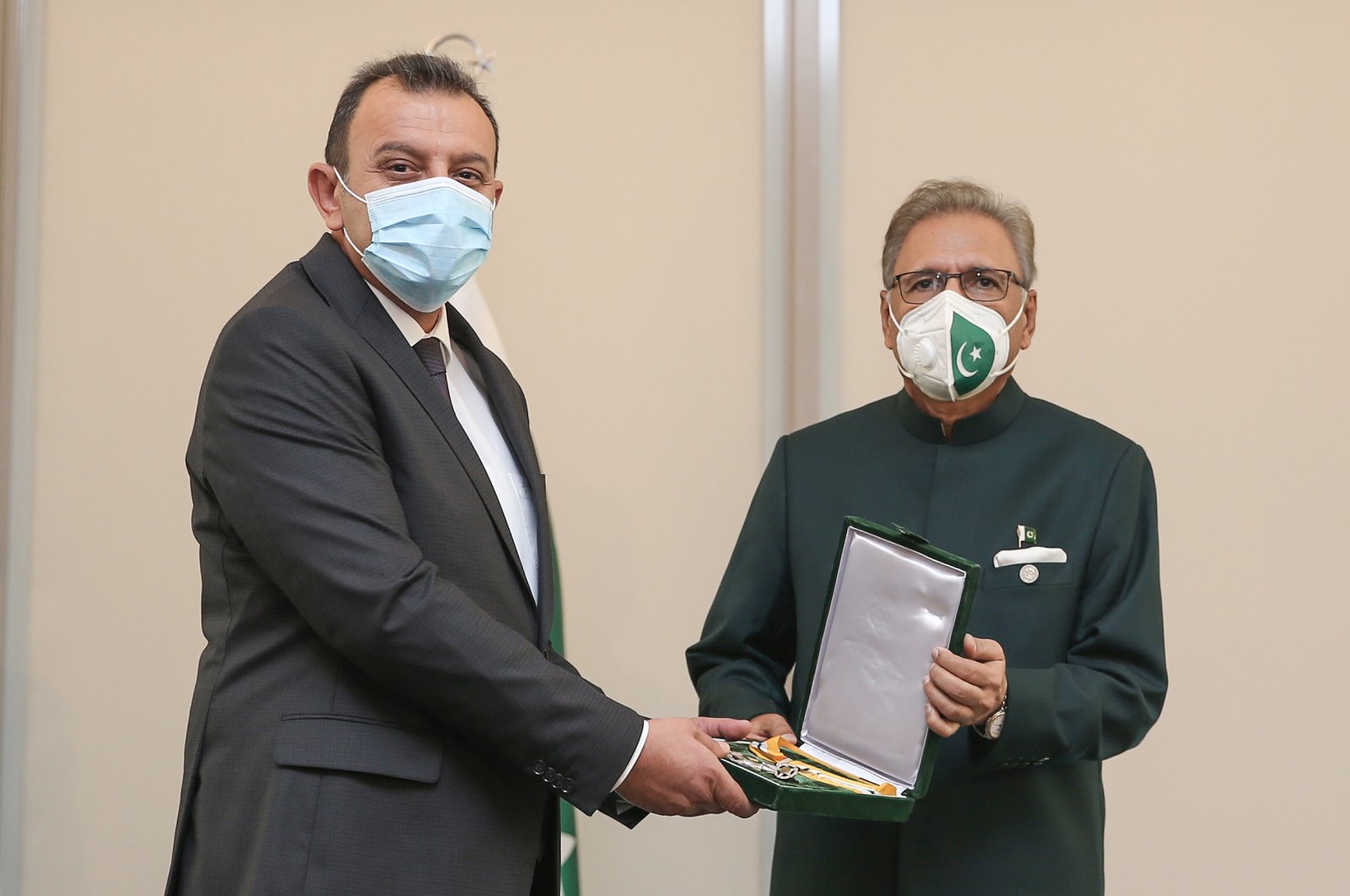 A high-ranking bureaucrat and a prominent academic became two Turkish citizens to have received top civilian honors from Pakistan for their contribution to boosting relations between Turkey and the South Asian country.

Pakistan's president conferred his country's top civilian awards upon the two men at a special ceremony in Istanbul on Sunday. Arif Alvi conferred the Sitara-e-Imtiaz upon Selami Kılıç and the Sitara-i-Quaid-i-Azam upon Prof. Celal Soydan in recognition of their outstanding services to Pakistan. Speaking to Anadolu Agency (AA) following the event, Kılıç said that he was honored to receive the award. "I hope the friendship between Pakistan and Turkey will continue forever. If we have contributed to these relations, I would be very proud of it," he added.

Soydan told AA that he was very honored to receive the award from President Alvi. "I have been continuing my studies on the Urdu language and efforts for the Turkey-Pakistan friendship for 30 years," he said.

Kılıç is currently working as the head of the Foreign Affairs Department of the Turkish Health Ministry. He received his medical education from Quaid-e-Azam Medical College in Bahawalpur. "His deep love and regard for Pakistan have always remained a distinguishing feature of his professional career," according to a statement from Pakistan's Embassy in Ankara. "Dr. Selami participated in the relief activities after the 2005 devastating earthquake in Pakistan," the statement added. After the 2010 floods in Pakistan, Kılıç helped establish a field hospital in Pakistan's Dera Murad Jamali city and carried out damage and needs assessment surveys in various areas of Sindh and Balochistan, the statement added. He was also at the forefront of the initiative to establish the Recep Tayyip Erdoğan Hospital in Muzaffargarh, a city in Punjab, Pakistan's most populous province.

Soydan is the head of the Urdu Department of Istanbul University and "has made a remarkable contribution for the promotion of Urdu language and literature in Turkey in his career spanning three decades," the statement said. He has written 20 books and published over two dozen articles and papers in Urdu and Turkish in various national and international journals. "Due to his efforts, the study of Iqbaliat (the poetry of Muhammad Iqbal, commonly known as Allama Iqbal) in Turkey has been further enriched. Both his Ph.D. dissertation and M.A. thesis were on Iqbal," the statement read, adding that Soydan has translated the classical works of Allama Iqbal into the Turkish language. "He has played a prominent role in highlighting the special place that Iqbal had in his heart for Turkey, its people, and its luminaries," it added.