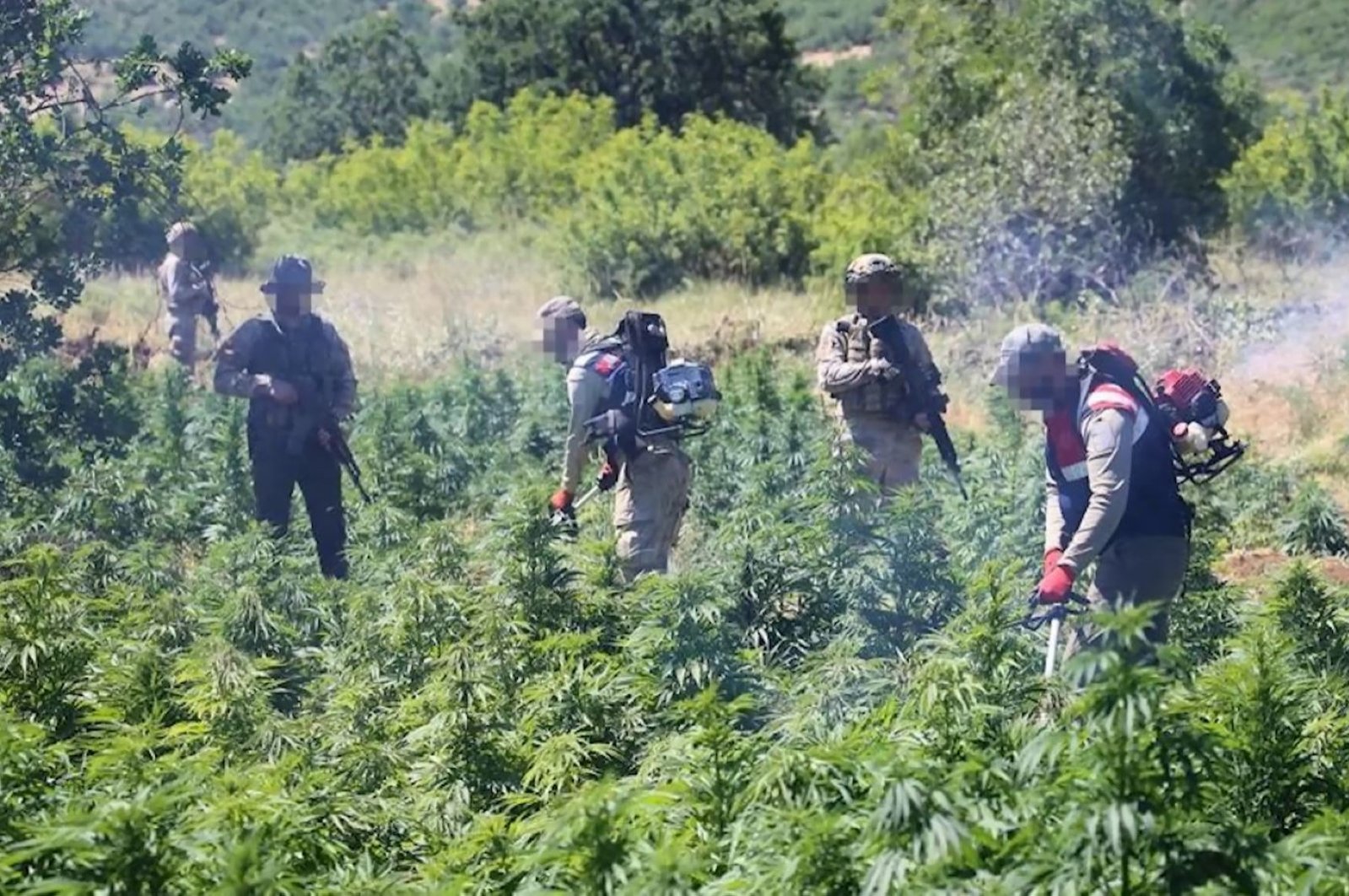 The plants in the province’s Lice district were seized in “narco-counterterrorism” operations against the PKK terrorist group.

The PKK depends on cannabis cultivation and trafficking for a large portion of its revenues.

The ministry said local gendarmerie forces in Diyarbakır discovered the plants in an operation between June 1 and June 7. They used mini-drones to detect the fields. The raids were carried out in 141 different locations.

The authorities also seized 32 kilograms (70.55 pounds) of powdered cannabis, as well as cultivation equipment. A total of 45 suspects were apprehended in the operations.

The PKK, which is involved in a terrorist campaign in Turkey since the 1980s, has seen the numbers dwindle in recent years thanks to counterterrorism operations in and outside the country.

Diyarbakır is among the provinces where the group had recruited terrorists and brainwashed youth and children to join their ranks.

Over the past few years, its presence in the region has decreased but the group is still active in Iraq, where its senior terrorists are holed up in a mountainous region and through a branch in Syria's north.

The terrorist group is also responsible for drug trafficking across Europe, according to a report by the European Union's European Monitoring Centre for Drugs and Drug Addiction (EMCDDA).

“The PKK ... has been reported to be involved in organized crime, with few examples of its engagement in the drug trade in the EU," the 2019 report says.

"The limited and patchy information available on the interaction between terrorism and drug markets in the EU makes it challenging to obtain a clear understanding of the importance and nature of the threat. In addition, most attention has been paid to links to Daesh-linked groups and activities, which may lead to the activities of other groups being overlooked," it adds.

It also says that the group is active in all phases of drug trafficking, including production, delivery, distribution and sales.

The terrorist group reportedly produces heroin in laboratories in its camps in northern Iraq and sells it to Europe.