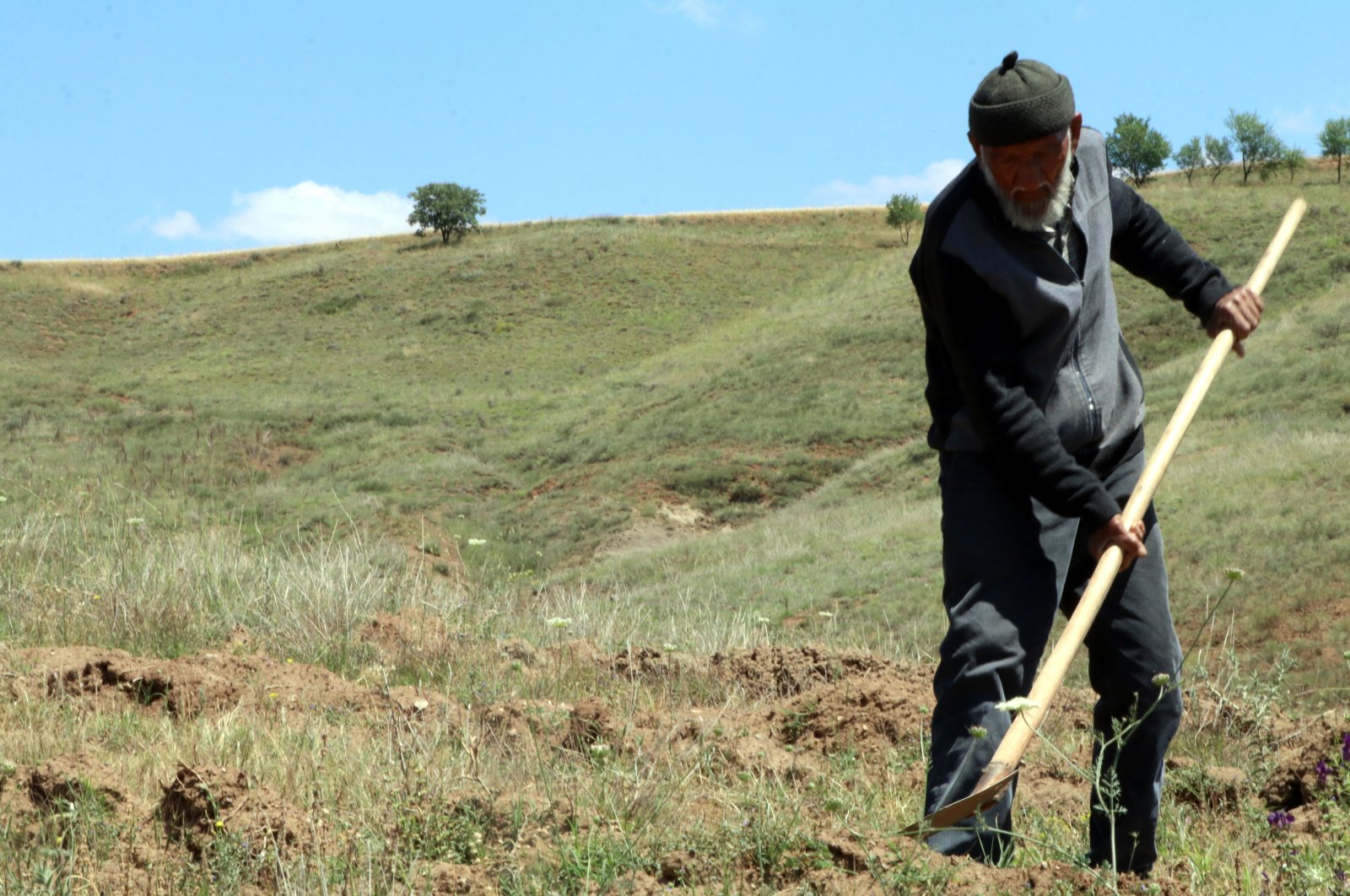 Osman Erol, 90, sets an example for reforestation in Turkey, which has a day dedicated to the issue, by planting 40,000 saplings in 35 years in his village

Hallaçlı is a small village in the central Turkish province of Çankırı, but it has enough space for Osman Erol to pursue his passion: planting trees. His one-man pursuit of keeping his village green saw Erol single-handedly plant about 40,000 saplings in 35 years. Despite his advanced age, the 90-year-old man still finds time and energy to plant trees.

The farmer started planting saplings in an area just outside the village and, over the years, increased the number and places they were planted. Along with pine and poplar, he expanded his planting drive to fruit trees, from plum and pear to almonds. Either in freezing winter or in scorching days of summer, Erol both plants saplings and takes care of their growth. His efforts were recognized by a certificate of appreciation issued by the district governorate of Kızılırmak, where his village is located.

“I don’t remember how I decided to plant them but it became a desire for me to have trees all around here,” Erol told Anadolu Agency (AA) on Monday. Some nights, when he cannot sleep, he plants trees wherever he can find an empty spot. He occasionally hops into his tractor to examine the state of the trees he planted. “It does not matter if the weather is bad. I always visit the trees I planted and water them if they need and tend to them,” he said. He also has a habit of carrying almond seeds in his pocket wherever he goes, in case he finds a good spot to plant them. “I planted and grew many trees, from plum to pear, and villagers are free to eat their fruits,” he said. Erol boasts that almost all spots in the village have at least one tree he planted, adding he does not do it for his own benefit. “Now it takes most of my time to care for them,” he said. But he does not complain. “I will continue planting trees until I die. I hope people will pray for my soul after my death whenever they eat the fruit from the trees I planted,” he said.

Metin Çalış, mukhtar of Hallaçlı, said “Uncle Osman” carries a shovel almost all the time for his planting work. “We used to have a scarce number of trees here. This place is mostly dry and people had no trees to take shelter in the shade. Thank God, Uncle Osman planted trees all around the village. He gives away their fruits for free, for villagers here and their relatives visiting from other cities,” he said. “This is a beautiful legacy one should leave. He also instilled a love for trees among villagers,” Çalış said.

In 2019, Turkey declared Nov. 11 National Forestation Day in a bid to boost the number of forests in the country, which is fighting erosion and climate change. Every year, a nationwide planting campaign is held on this day under the motto of “Breath For Future” and millions of saplings are planted.

Amid a construction boom and concerns over global warming, Turkey has stepped up efforts to preserve and further expand its forests. It is also pursuing a campaign to boost the production of saplings and increase revenue from forestry products, namely fruit and honey production, for villagers. Thousands of forests have been planted in rural areas to generate extra income for farmers.