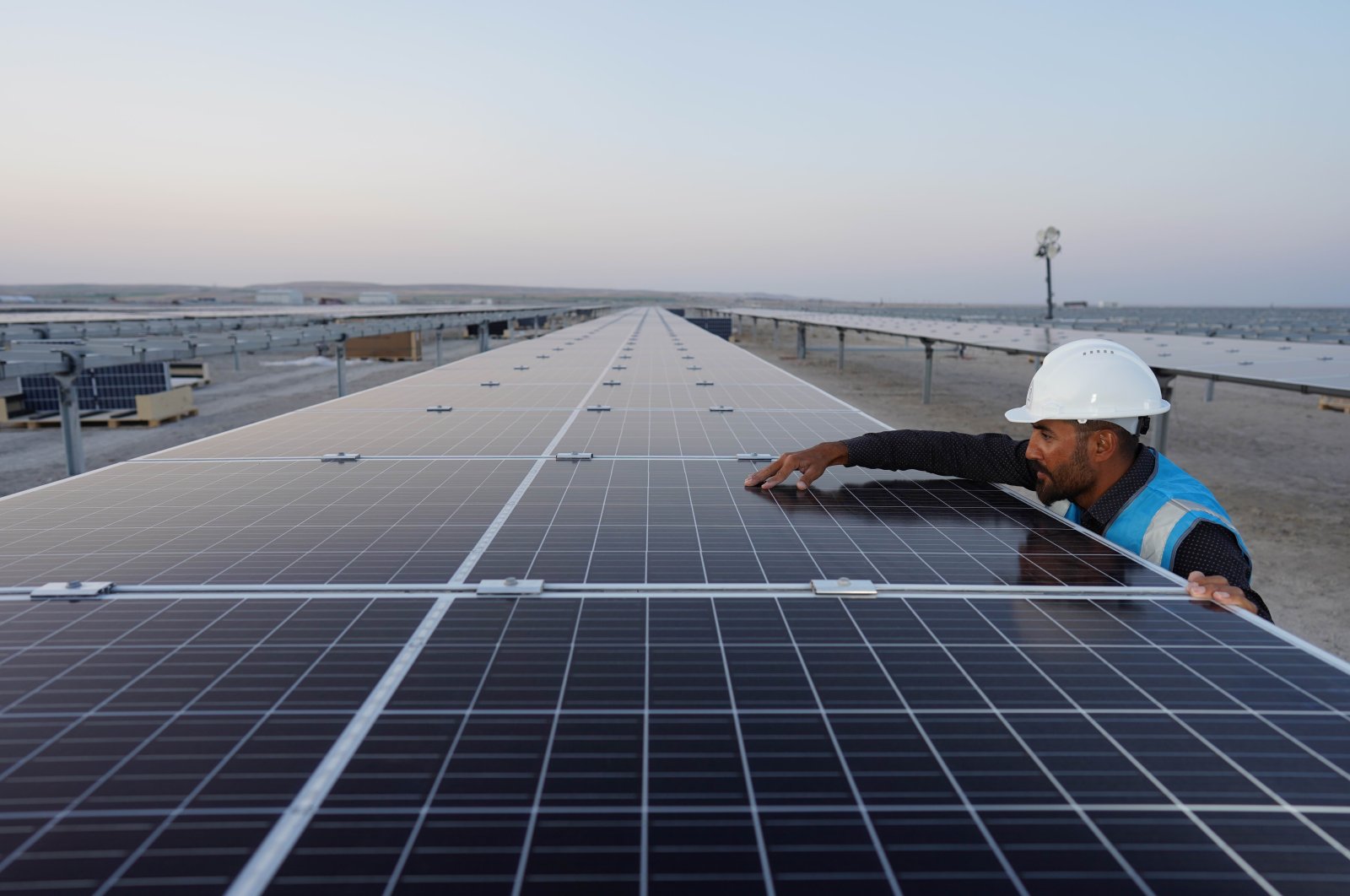 The government on Wednesday released details of measures to curb the impact of climate change on Turkey. Unveiled by Minister of Environment and Urban Development Murat Kurum, the Fight Against Climate Change Declaration was the result of discussions and the contributions of scientists and nongovernmental organizations to government efforts to address the issue. The declaration was introduced to the public at a ceremony at the Presidential Complex in the capital Ankara.

It involves an action plan for an adaptation strategy to global phenomenon, support for environmentally friendly production practices and investments, and the recycling of waste, among other steps.

Last month, the government held a comprehensive workshop to compile the declaration, on the topics of carbon pricing, reduction of greenhouse gas emissions, the Paris Agreement – an international deal introduced in 2016 for action against climate change – incentives and financial mechanisms.

Turkey has been party to a framework agreement by the United Nations on climate change and signed the Kyoto Protocol in 2009. One year later, it released strategy papers on the issue, and in 2011, the country released its first action plan against climate change. It started adapting regional action plans in the following years. The country was also a signatory to the Paris Agreement in 2016, though it has not ratified it yet, and in this framework, strives to curb its greenhouse gas emissions by at least 21% in the period between 2012 and 2030.

Speaking at the ceremony, Kurum said that a report on the fight against climate action that includes principles and responsibilities would be presented to Parliament to help it draft a climate bill.

“We prepared action plans for all seven regions of Turkey, and those regions would adapt to climate change through these plans. We will make smart-city and zero-waste programs more prevalent. New energy-efficient, climate-sensitive residential areas will be founded all across the country. It will be mandatory for houses constructed by the Housing Development Administration of Turkey (TOKI) to have zero-waste practices and use renewable energy resources. We are also preparing strategies for sectors affected by climate change most, namely, agriculture, livestock breeding, tourism, renewable energy and industry. New investments will follow this strategy,” he said.

Kurum also highlighted the significance of the Zero Waste Project that involves nationwide recycling programs. He said the project would be in force all across the country within two years and the recycling rate is set to be increased to 60% by 2035. “In 2050, we will completely end the practice of disposal of waste by storing it first. In the next two years, we will increase the rate of recycled wastewater to 5%, and to 15% by 2030,” he said.

On renewable energy, the government plans to increase electricity generation from those sources in the coming years. Kurum said this capacity would be increased to 10 gigawatts for solar energy and 16 gigawatts for wind energy by 2030. “We will implement a system that supports climate-friendly investments and rewards facilities investing in clean production technologies. More incentives and measures will be introduced for energy producers and industrial firms to switch to climate-friendly production. By 2023, usage of fossil fuels in buildings will be reduced by 25%,” he said. He also pledged more access for the public and private sectors to international financial resources to boost their capacity for the fight against climate change.

He noted that Turkey is working to prevent development in areas affected by climate change, giving examples of relocation work especially in the Black Sea region which is under threat of erosion and floods. “We will never allow housing developments in risky areas,” he underlined.

The declaration also highlights the implementation of new measures for water resources affected by climate change, including measures to save water.

The country plans to set up a Climate Change Research Center which will shape policies on the issue and conduct studies, along with a climate change platform where studies and data on climate change will be shared.

Parliament last year passed a bill for the establishment of an Environment Agency and improving zero waste practices as part of its climate change action plan.

First lady Emine Erdoğan, who launched the Zero Waste Project in 2017 and has been a champion of environmental causes, also spoke at the ceremony and highlighted “a need to build a new living culture” in the face of climate change. “This is not something that involves only the Ministry of Environment and Urban Development. Every government agency, everyone has their own responsibilities. We need to join hands to redesign our lives, from education to transportation,” she said.

The first lady pointed to the increasing number of natural disasters in the world. “Turkey itself experienced a record level of temperatures. For the first time, we have seen a sandstorm in Anatolia. Extreme weather incidents have been on the rise since 1990, according to the Turkish State Meteorological Service (TSMS). In 2019, we had 935 extreme weather incidents, the highest in recent memory,” she noted.

Erdoğan also expressed concern about the imminent drought. “Only recent snowfall and rainfall alleviated our worries,” she said.

Erdoğan said the ongoing coronavirus pandemic dealt a blow to the fight against climate change. “Unfortunately, the progress lagged. We had greater awareness about single-use items, but masks and plastic gloves used against the pandemic triggered a new kind of pollution. United Nations figures show almost 75% of pandemic-related waste will pollute waters and fill the garbage dumping grounds,” she said.

She listed a number of major steps that need to be taken on the issue, from switching to renewable energy sources to cut dependency on fossil fuels and redesigning cities, but underlined that the role of individuals is more important.