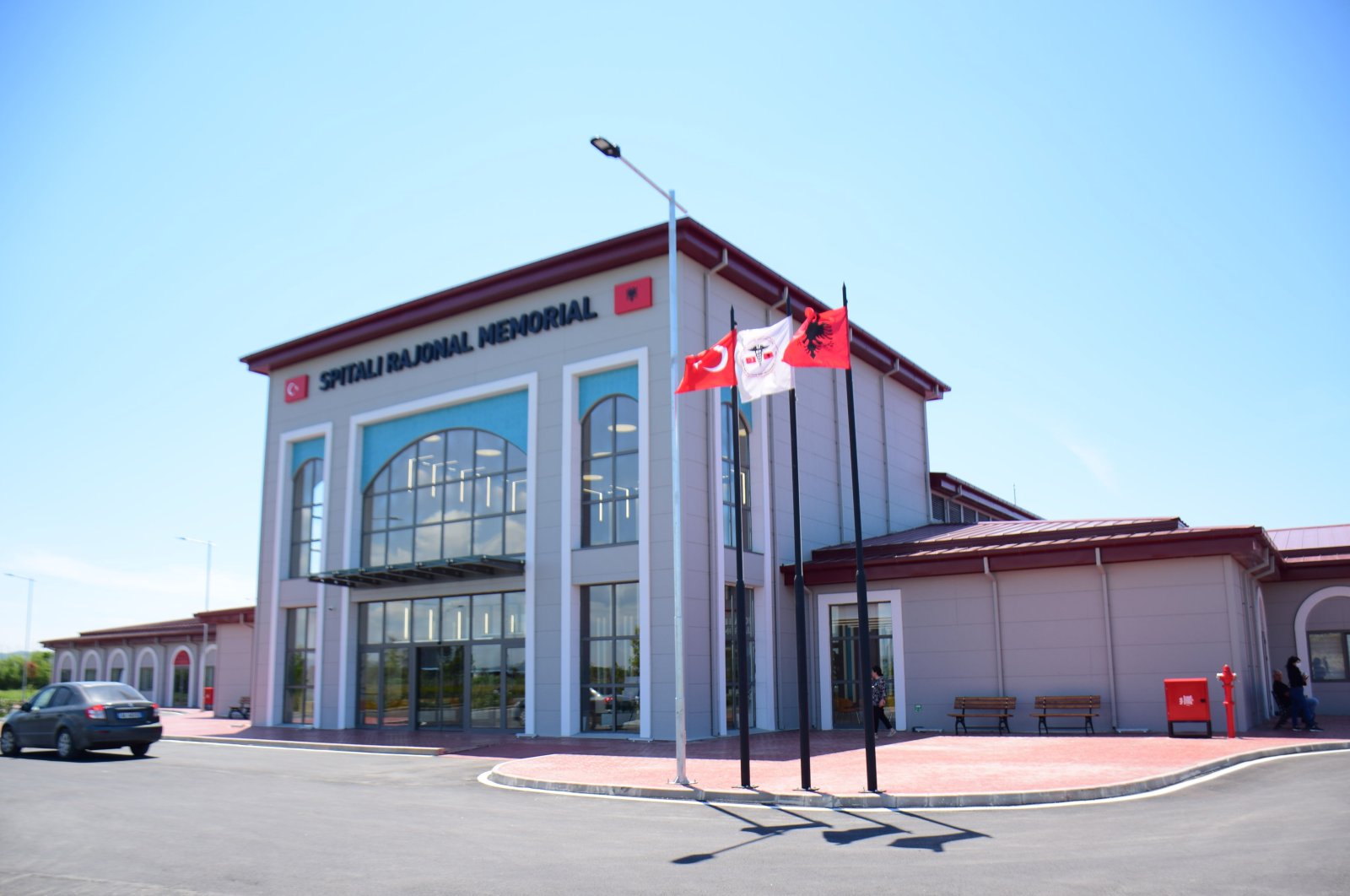 As a sign of growing ties between Turkey and Albania, a hospital in the Balkan country's city of Fier is welcoming patients who express their gratitude for the health complex.

The Turkey-Albania Fier Friendship Hospital, built with financial support from Turkey, begun operations after it was completed in just 68 days in the southwest city. The idea for the facility came during Albanian Prime Minister Edi Rama's Jan. 6 visit to Turkey.

The hospital's Deputy Director-General Ilkay Güler told Anadolu Agency that the plan is to staff the facility with 56 highly experienced doctors and other health personnel from Turkey and Albania. "We aim to provide all Albanian doctors with the experience we have gained in the health system for the last 18 years,” said Güler. "In our hospital, which is designed to provide tertiary health care services, we will also provide intensive support to the personnel on these issues such as training seminars."

General surgeon Frenki Vila said patients and staff are satisfied with the conditions at the hospital. "Undoubtedly, the emotions are positive. The conditions are perfect, especially for a new hospital starting from scratch. We started with surgical interventions that will increase the difficulty level gradually," said Vila. He said cooperation with Turkish colleagues is very good and productive. "I think we are lucky to have the opportunity given by the Turkish staff to guide us and teach us more about medicine in general, but also about surgery," he said.

One of the first patients, Ndrec Pergjegji, said he received high-quality service at the hospital which has a very devoted staff. "We are grateful to Turkish President Recep Tayyip Erdoğan and the Albanian government for making this hospital so beautiful and magnificent. We are very pleased," said Pregjegji. He added that the hospital is a great contribution to the Albanian health care system.

The 150-bed hospital has six operating theaters and six polyclinics. The autonomy model is being implemented for the first time where Turkish and Albanian health personnel will be jointly managed during a transition period. Some of the services provided include emergency medicine, cardiology, orthopedics and neurology.