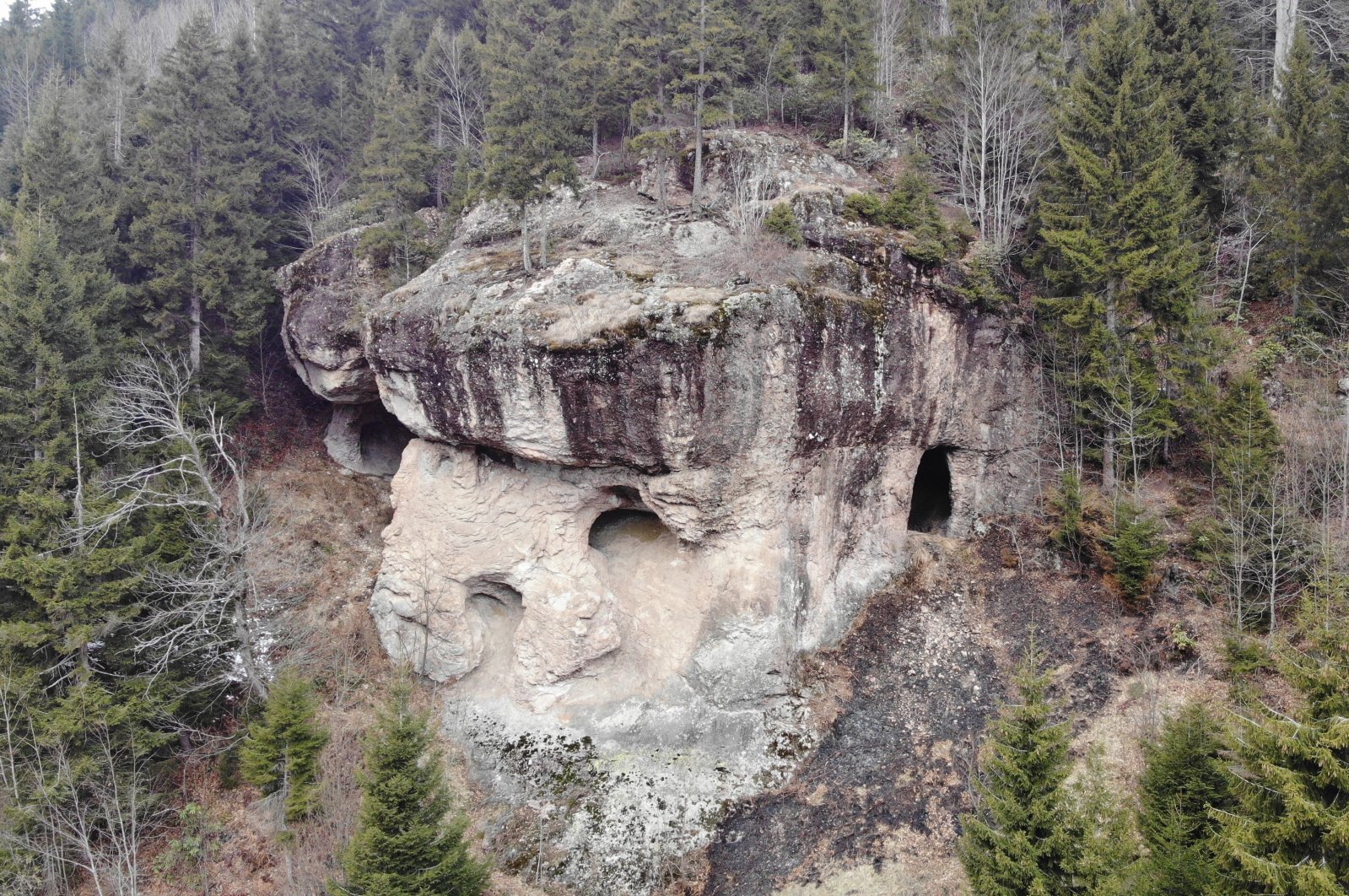 New findings in a cave in the northern province of Trabzon show there was a human settlement in the area at a similar time to when people were living in Göbeklitepe in the southeast, where one of the oldest settlements in the world was discovered.

Archaeologists shared their findings with the media on Thursday, including stone implements dating back to the 10th millennium B.C. The primitive tools made of obsidian and flintstone were discovered at the cave in Koskarlı, a rural area near Trabzon’s Düzköy. Excavations have been underway in the area since 2018 and will continue to unearth more evidence of early settlements in the region. Archaeologists say a more important aspect of the discovery is the fact that some tools originated from other regions of present-day Turkey, indicating high mobility in the early ages of Anatolia.

Hülya Çalışkan Akgül and Serkan Demirel, two researchers from the Department of Archaeology at Karadeniz Technical University (KTÜ) based in Trabzon, are leading the excavation on the protohistoric age there. Their work has helped uncover 103 stone tools so far. Archaeologists sent seven of the tools to professor Tristan Carter from McMaster University in Canada, a contributing researcher in the excavation, whose work focuses on Middle Eastern prehistory and obsidians. Carter’s analysis indicates that five of the tools used for “cutting” originated from the Cappadocia region, in present-day central Turkey, and two others likely came from a region that covers present-day Georgia (some 500 kilometers, 310 miles, east of Trabzon), and Armenia.

Akgül says it is the first such cave in Trabzon with findings dating back to such an early period. “The implements we found are from an era where people were still hunter-gatherers but improved their skills in that field. The implements were more finely crafted compared to other tools found elsewhere from the same period,” she said. She noted that Trabzon had no obsidian source and it was likely that tools other than the seven analyzed previously, were brought from another place. “It means that people were moving between places though we are not certain yet about the direction of these movements. Our findings also mean that Trabzon’s history is older than we thought,” she added.

Little is known about Trabzon before the seventh century B.C., when colonies were founded by Ionians who originally settled in present-day western Turkey. The province, which is a central location in the Black Sea region, was subject to constant invasions in those early ages. After a lengthy Roman and then Byzantine rule, its control was acquired by the Komnenos dynasty, a Byzantine noble family, which ruled the province until the Ottoman conquest in 1461.