Animal catchers in the bullpen for a calmer Qurban Bayram 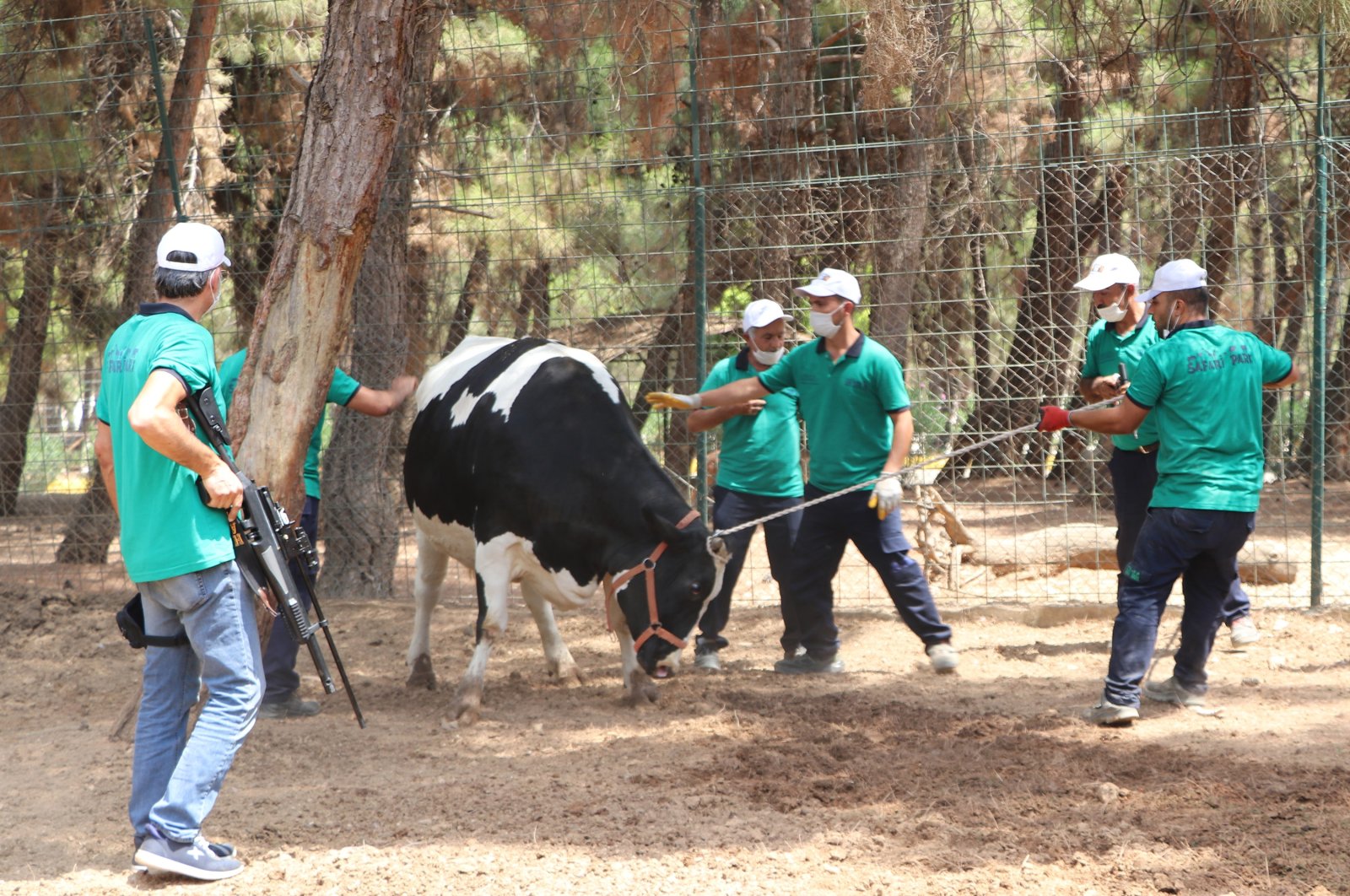 It is that time of year again for a small group of professionals tasked with a daunting job: catching angry bulls who attempt to escape from their impending fate. They work for only three days but are required to have nerves of steel, agility, speed and sharpshooting skills. They are Turkey’s only hope to rein in the chaos on the streets every Qurban Bayram, also known as Eid al-Adha. The Islamic holiday, which sees the slaughter of thousands of sacrificial animals from sheep to cows, is a joyful affair except for blundering butchers and charging bulls dodging their owners while fleeing slaughter.

Almost all municipalities across the country recruit workers ahead of Qurban Bayram and train them for at least two weeks in techniques to stop the raging bulls. It is a serious task that helps prevent injuries and even fatalities at the hands of elusive bulls. Crews of animal catchers undergo strict training on how to handle tranquilizer guns and swing lassoes like a pro to stop the bulls.

In the southern city of Gaziantep, crews underwent a 15-day training ahead of this year’s Qurban Bayram which will begin on Friday. The municipality is determined to keep the running bulls in their sight, and this year, drones with video cameras will accompany teams tracking down the angry animals. A team of 20 catchers, who already work in the city’s zoo, polished their skills in training which includes how to fire tranquilizers and hurl lassoes. Along with shooting skills, workers are trained on how to adjust the dose of tranquilizers, Celal Özsöyler, a municipality official told Anadolu Agency (AA). Özsöyler said they also set up a hotline for locals to report fleeing bulls. Catchers work with a real bull for training, Özsöyler says. In the eastern city of Erzincan, the team of catchers is equipped with quad bikes and horses to challenge the fleeing bulls. The 10-member team worked out for days to remain fit for running after the animals in a football stadium. They also learned how to throw a lasso on horseback and use tranquilizers while riding quad bikes. Horses and bikes will help them to catch bulls roaming places where no vehicles can enter.