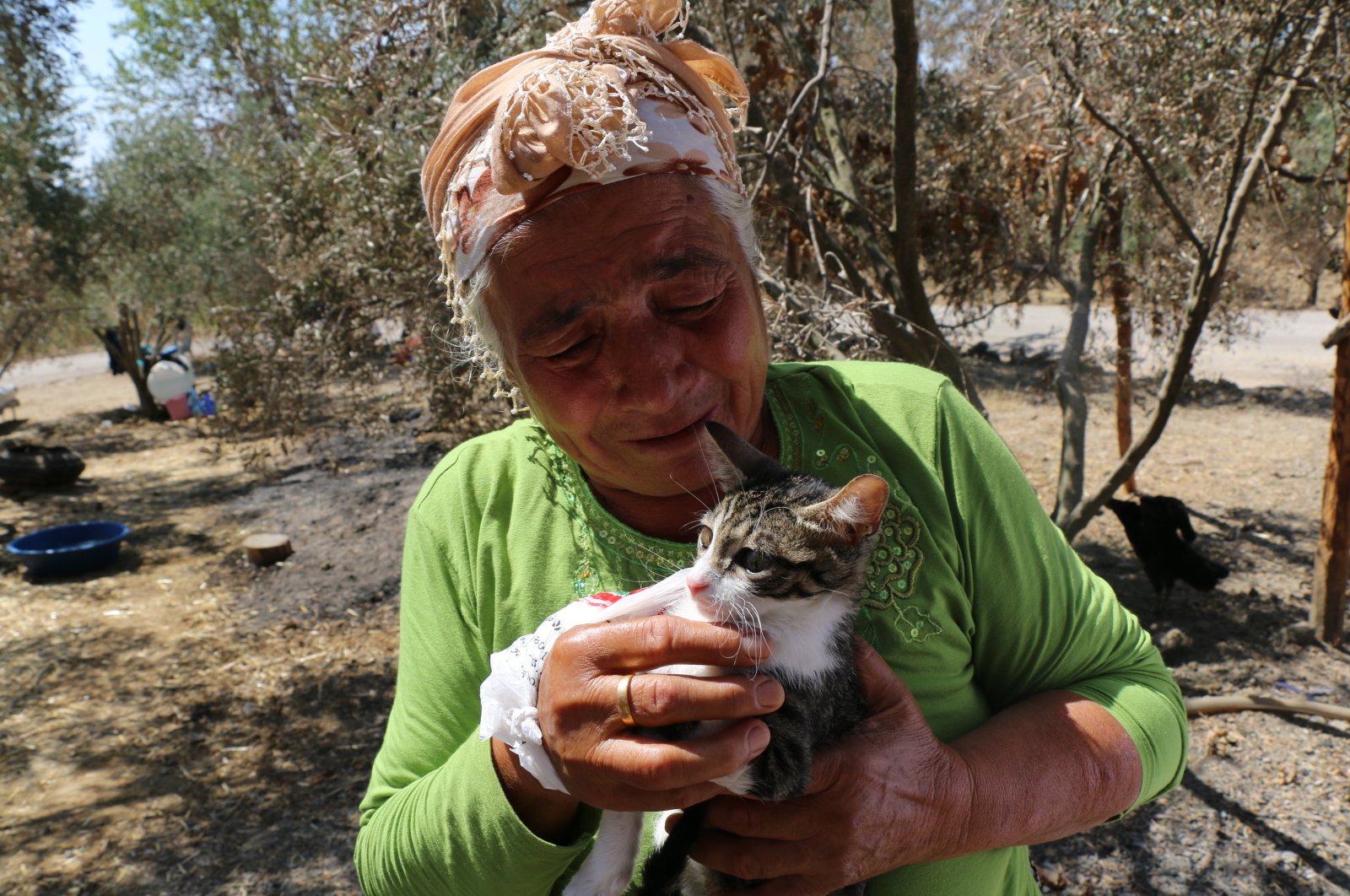 Forest fires ravaging Turkey’s south inflicted more casualties among animals than humans. Flames and smoke inhalation killed unknown numbers of sheep, cows, cats, dogs, tortoises and other animals. Amid this tragedy, stories of animals who survived the fire and reunited with their owners instill hope in a nation mourning many losses after ten days of blazes.

Sercan Bayar, who lost his house and many animals to the fires in the Manavgat district of southern Turkey’s Antalya, spent days looking for his “best bud,” a dog named Aslan (Lion), in the mountainous terrain. His dog returned home four days after he went missing and Bayar said he could not believe his eyes. “When I saw him coming back, I cried for over an hour. We cuddled and played for an hour,” he said to Ihlas News Agency (IHA). “On the first day, my goat returned, then my cows. On the third day, my other goat returned and on the fourth day my beloved dog found his way back home. I was most saddened by the departure of my dog. I treated him for a month when I first found him six years ago with a bullet wound on his back, therefore I was most saddened when I lost him,” he added.

An elderly couple lost their home and barn due to the fire in the Aladağ district of southern Turkey’s Adana. The couple was saddened by the loss of a majority of their animals, including cats, dogs and poultry; but they found a little hope with the return of their cat named Hayat (Life), thanks to the efforts of the Deputy Agriculture and Forestry Minister Ayşe Ayşin Işıkgece. “Oh my beloved... At first they told me that my cat was dead. I thank each and every one of the conscientious people that have brought my cat back to me,” Fatma Duysak said to an Anadolu Agency (AA) reporter.

Birgül Onur, who was taking care of abandoned or injured cats in Manavgat district of Southern Antalya, is heartbroken over the death of her cats. She was living with over 30 cats and could only manage to rescue three or four of them that were injured by the fire. “I had over 30 cats. I loved them a lot. If only the fire hadn’t suddenly appeared on my doorstep, I could have rescued them all. Security forces told me to evacuate the house. I left the windows open so that my cats could escape. As the cats were afraid of the fire, each fled in a different direction, I couldn’t find them. When I returned home after the fire, I found my cats burned, only three or four of them survived with injuries,” Onur told AA. She stated that she will continue caring for stray cats.