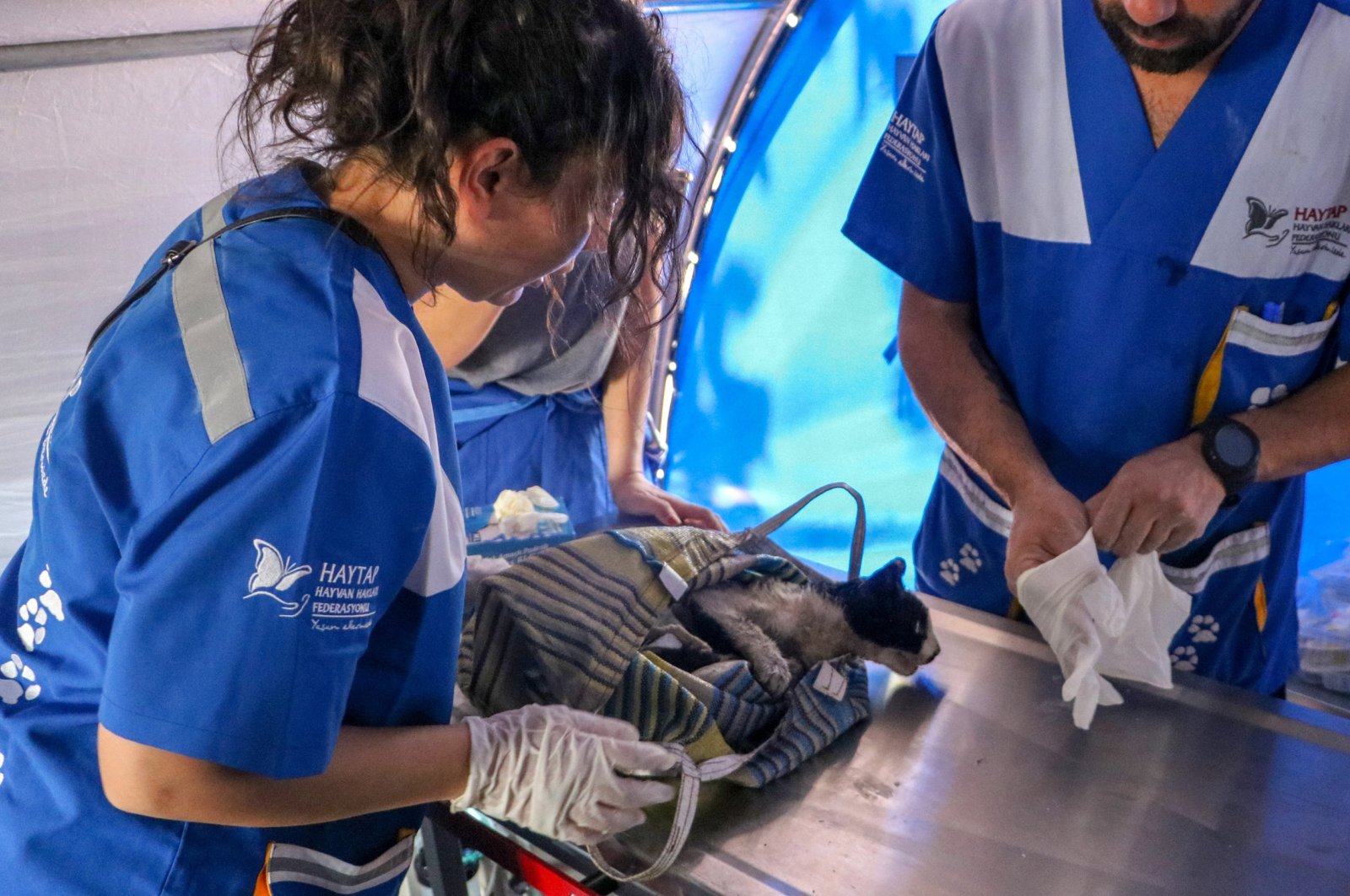 Turkey’s first field hospital exclusively for animals is providing relief to all creatures great and small, from sheep to cats and dogs, affected by the devastating forest fires still continuing in Turkey’s south.

The Federation of Animal Rights (HAYTAP), a non-profit organization for the protection of animals, set up the hospital in Manavgat, where the first of a string of major fires broke out last week. Fully equipped with modern veterinary equipment and volunteering vets, the hospital is offering free treatment to pets and livestock as well as stray animals.

Animals were the primary casualty of the fires in Manavgat and other towns from Bodrum to Marmaris that killed eight people across the region. Many livestock were killed in fires in villages while their owners barely managed to escape. Those surviving sustained injuries or passed out due to smoke inhalation.

HAYTAP’s hospital serves as the first response center for animals, ranging from livestock to tortoises and birds, as well as cats and dogs, with a surgery room and intensive care units. For animals with owners, there is one condition: turning in the animals to a farm run by HAYTAP in northwestern Turkey. The farm serves as a "retirement community" for animals of burden and livestock who suffered torture at the hands of people or those who are too old.

The organization’s director Ahmet Kemal Şenpolat told Demirören News Agency (DHA) that they have joined animal rescue efforts in Manavgat, Marmaris and the southern province of Osmaniye, where wildfires have taken hold since last week.

“When the number of animals injured started increasing, we decided to set up a hospital for them in Manavgat. Our staff here tend to animals with burns and supply them with serum. We will set up a similar hospital in Marmaris soon,” he said.

Şenpolat said animals suffered much in the fires and, unlike humans, had nowhere to turn. “These are silent creatures. Some have broken legs, some have burns, but they cannot find any treatment on their own,” he lamented.