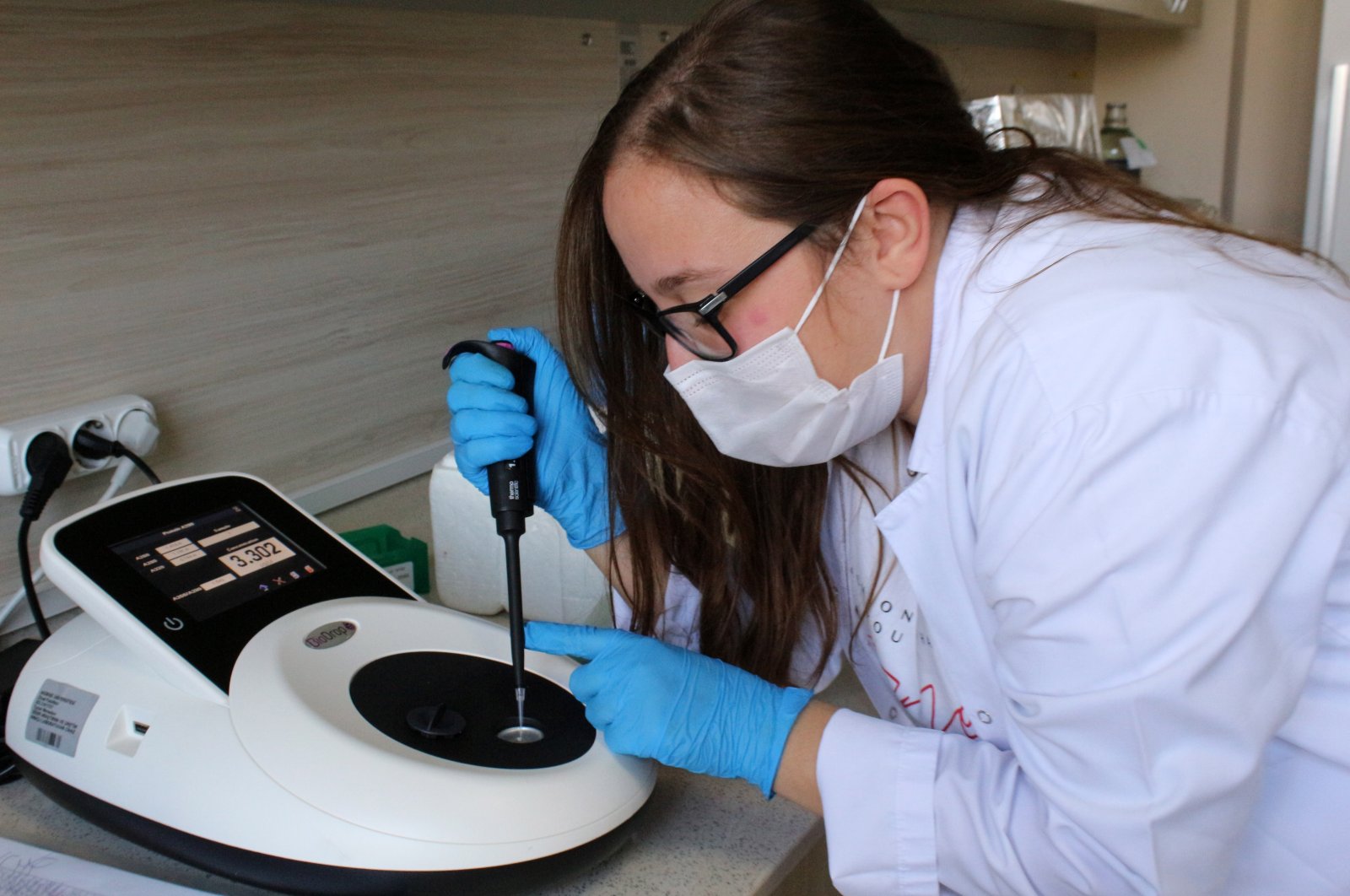 A project by Akdeniz University to develop a vaccine against the coronavirus will begin human trials soon, the head of the developer team said.

The global race has heated up as several countries stated that their vaccines are nearly 100% effective and soon ready to be distributed worldwide. In recent weeks, U.S.-based Moderna, Germany's BioNTech and U.K.-based AstraZeneca have unveiled positive interim data in a scientific race to curb a global pandemic.

Turkey is among the countries that have been working on a vaccine program since the beginning of the outbreak. One such project has been carried out at Akdeniz University, pioneered by Tarlan Mammedov, a member of the Vaccination Science Board of the Turkish National Institutes of Health.

Speaking to Demirören News Agency (DHA), Mammedov said that they have developed five different vaccine candidates by producing protein from plant leaves which are effective against all mutations of the coronavirus.

He added that the animal trials of the vaccine were successful and that human trials will begin soon.

The 20-member vaccine team is working on a new generation vaccine by using the Transient Plant Expression System in three laboratories and one climate chamber. As part of the project, Nicotiana benthamiana, a type of tobacco plant, was grown and reached a certain size in the climate chamber with fertilizers containing a special formulation at a humidity level of 50%-60% at 22-24 degrees Celsius. The team exposed the plant leaves to a solution. Several days later, they harvested the plant, and five vaccines were produced as a result.

“According to the test results on animals, we proved that possible vaccines produce high amounts of functional antibodies in animals against the coronavirus. Now, we can start tests on people,” he said.

Mammedov said they developed protein-based vaccines by transferring certain genes into the cells of plant leaves and produced enzymes. “Our vaccines have some advantages over other vaccines. There are no viruses and bacteria in these vaccines. Protein-based vaccines are safe. We suppose that it will be very effective against mutations of the coronavirus,” he noted.

Last month, Health Minister Fahrettin Koca announced that Turkey was closer to human trials for three vaccines, out of a total of 13 under development.

Turkish scientists are also working on 10 projects for the development of drugs against the deadly disease. Media reports say two vaccines developed by Erciyes University in the central province of Kayseri and another by the private pharmaceuticals company, Koçak Farma, were close to human trials.

Groups of healthy volunteers, composed of 20 to 80 people, will receive the vaccine in the first stage. The number will increase in the following stages and will eventually reach at least 3,000 people in Turkey and abroad. Advancing to the next stages will depend on whether the vaccines have serious side effects on volunteers.