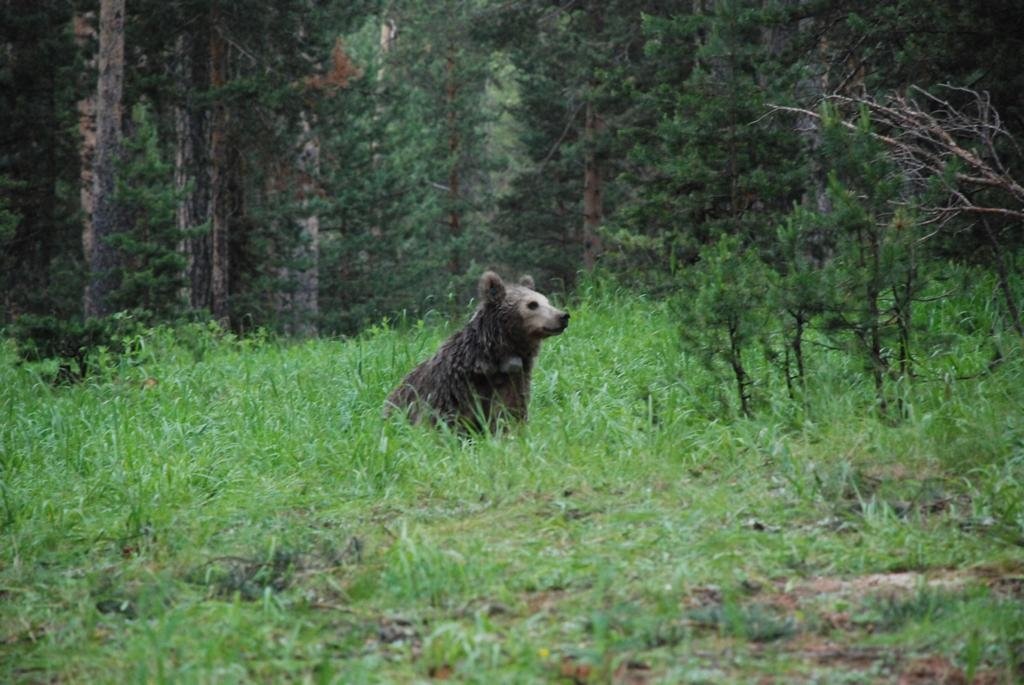 A brown bear called "Arkadaş" ("Friend" in English) being monitored by experts with the help of a GPS device in eastern Turkey migrated an impressive 1,033 kilometers in 141 days to find food and breed.

Brown bears living in the scotch pine forests migrate to other places to breed and feed in June and July every year.

The bears have often been featured in literature and are the country's only native brown bear species. They migrate to the Black Sea region to feed in summer and are regularly monitored by GPS wildlife tracking technology across the country.

Emrah Çoban, the coordinator of science for the Kuzeydoğa Association, said on Dec. 14 that they named the 5-year-old female "Friend" because of her laid-back manner after being caught by wildlife experts.

He said the bear travels 7.8 kilometers a day.

"We have scientifically proven that the brown bears in Sarikamis (a district of Kars province in eastern Anatolia) regularly migrate to the forests in the Black Sea, feed there and hibernate there," Çoban said.

Emphasizing that interesting data has been recorded during the research, he said, "The brown bear reached Ardanuc (a district of Artvin province in the Black Sea region) by taking 10,000 steps in 141 days and migrated 1,033 kilometers in total."

"We continue to research why brown bears migrate from Sarıkamış. This is one of our focal points. We examine the habitats of brown bears and try to understand why they are forced to migrate," Çoban said.

Scientists use a combination of techniques, including the observation of animals in the field and in captivity, research in the laboratory, and tracking and monitoring with technology to learn more about animals and their behavior. These techniques and others help scientists better understand what an animal needs to thrive in an environment.