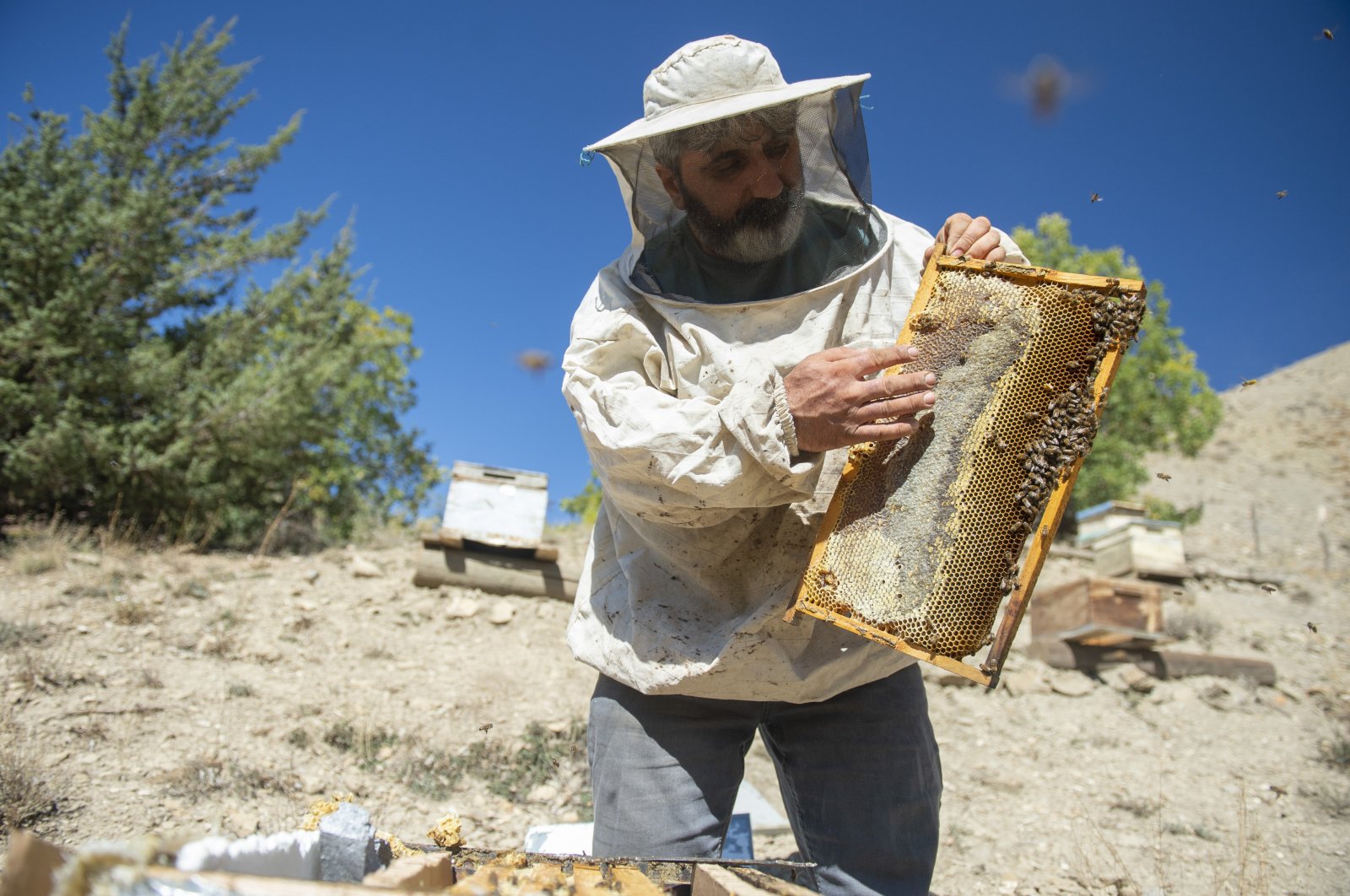 Caner Canerik is relatively new to beekeeping but he is intent on making a name himself in his village's bear community.

Canerik, who quit his job in journalism in Istanbul in 2006, settled in his parents’ village in the eastern Turkish province of Tunceli, devoting himself to rural life, with a budding filmmaking career on the side. Nowadays, his routine of supplying the bears living near his village in Tunceli’s Pülümür district has earned him public admiration. Since 2016, he has been leaving large amounts of honey in the forest for the bears that he collects from his bees. Though bears cannot read, he does not neglect engraving “bear’s share” on every honeycomb he leaves them.

“Sharing gives you happiness,” Canerik said as he left the bears 3 kilograms (6.61 pounds) of fine honey, in a spot of the forest least frequented by humans but a favorite haunt for wild animals. “I will come back to see if bears devoured it. It is an incredible pleasure to see it gone,” he told Anadolu Agency (AA) on Sunday.

Canerik, who lives in an old house he inherited from his parents in the village of Kırmızıköprü, spends more time beekeeping than shooting documentaries about the region’s culture, boasting a thriving organic honey production setup. A passionate fan of the region's nature and animals, he takes pride in hailing from a province where people and wildlife have a strong connection. “I remember a prayer by the elderly of the village. They used to pray to God to give the 'birds in the sky, wolves at the mountain, stray dogs and insects in the fields' what they needed before giving what (humans) needed," he explained. "As one of those people who was raised in such a culture and tradition, I felt the need to lead a life within nature. Even (bear’s share) is a symbolic move, we should give back what we have stolen from nature,” he said.

“Caner is a good man, a nature and animal lover. What he has done is something we respected,” Kemal Doğan, a fellow villager, says. Another member of the village Haydar Gül says Canerik also regularly leaves apples in the forests in the autumn for wild animals and plants trees on barren slopes. “I appreciate what he is doing and wish everyone could be as attentive to nature as him,” he said.