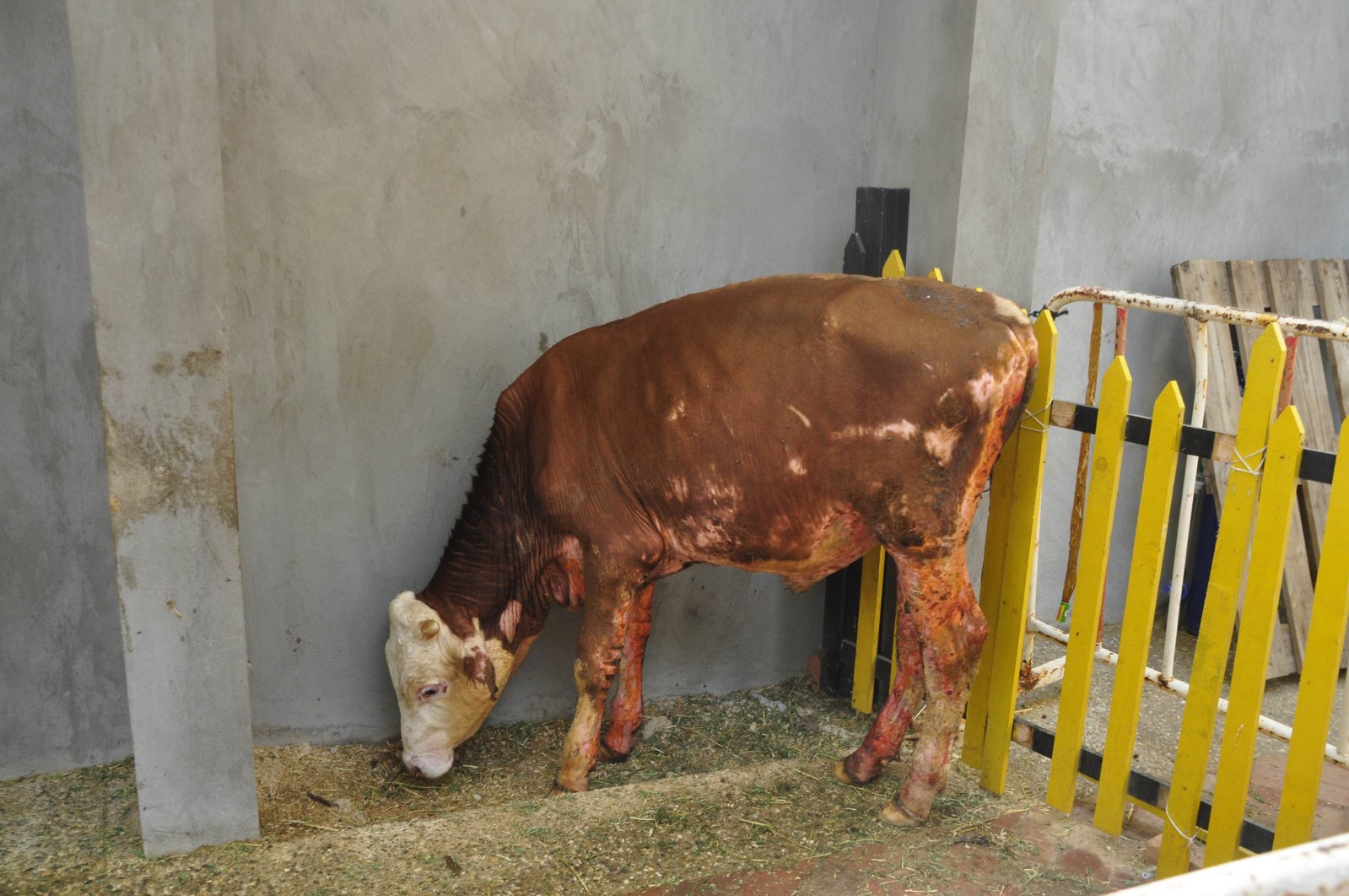 “Ahmet” has a new name and a new life, weeks after a forest fire almost claimed the latter. The bull was trapped in the wildfire that gutted acres of forest in the Manavgat district of Antalya last month. Flames left deep injuries all over his body and his owner gave up all hope for the bull. Just then, vets at a field hospital exclusively set up for animal survivors of the fires, rushed to his aid.

“His owner was desperate and felt like he would die when he brought him here,” Merve Gülistan Aydın, a volunteer at the hospital, says. “We did not have much hope for him either, but he started responding well to the treatment within a few days,” she recalled.

The bull soon regained his strength and, as his wounds began to heal, his appetite returned as well. “He now eats as he had in the past and even plays games with us," Aydın said. The staff nicknamed the unnamed bull Ahmet as he joined hundreds of other animals affected by the fire, from sheep, goats and cows to turtles, birds, cats and dogs.

Ahmet’s story reflects the plight of defenseless animals against the fires that destroyed villages in Manavgat. He could have escaped without injuries as his owner tried to push him into the back of a truck to save him. In a panic, the bull jumped off and dashed for the forest, unaware of flames engulfing him. He was not burned, but the extreme temperatures peeled away parts of his skin. He was exhausted when he was found one week later. After a treatment involving oxygen and ointments for his wounds, Ahmet was back on his feet. Like other animals treated at the field hospital run by an animal rights charity, he was bought from his owner by volunteers and sent to a farm for “retired animals” in northwestern Turkey that houses animals saved from torture and disasters. He will spend the remainder of his life without fear of slaughter or any other disaster. Alas, he has no family left other than humans as his twin brother perished in the same fire.