Cat brings her ill kittens to clinic for humans in Turkey 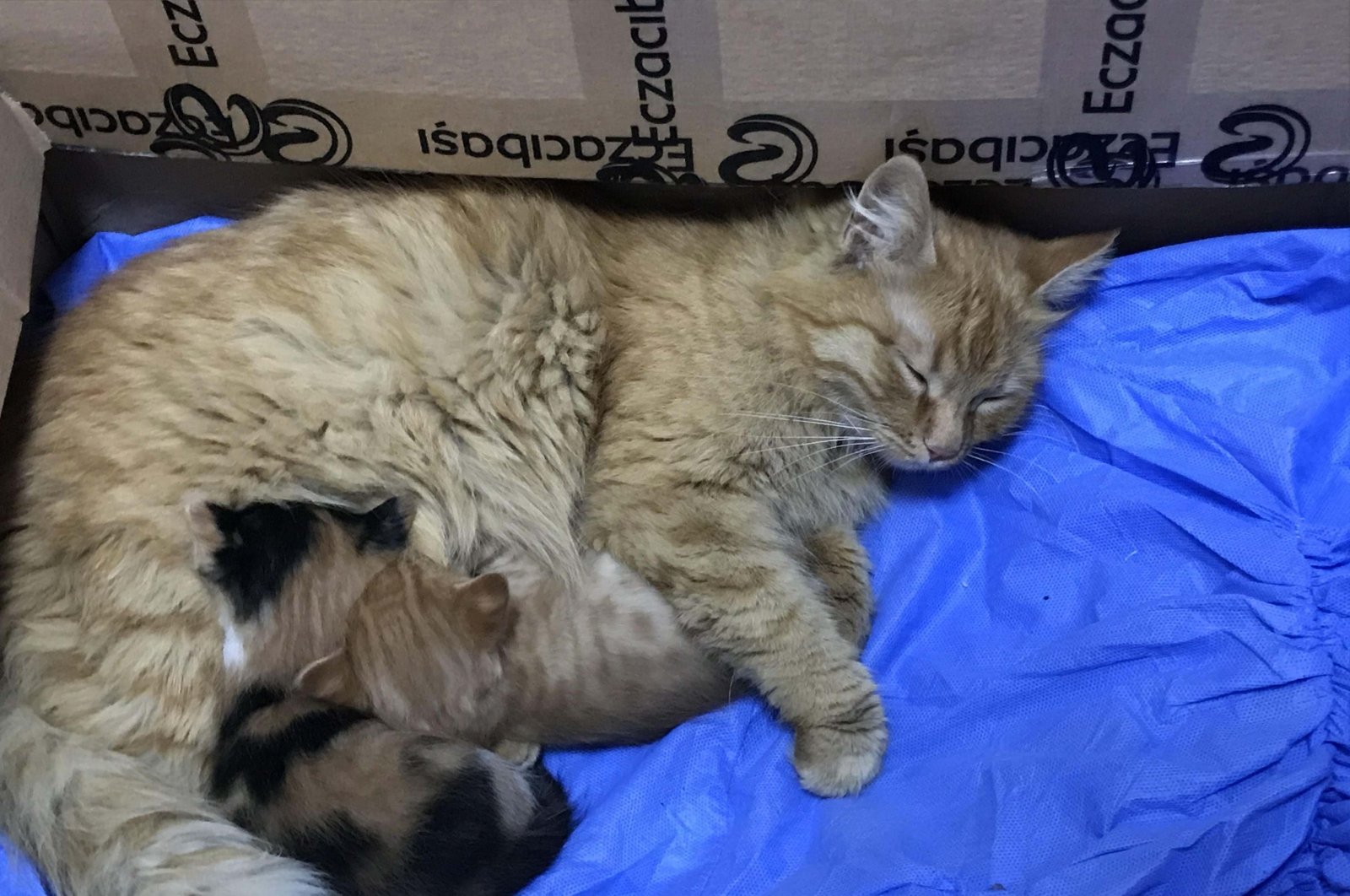 A cat warmed hearts in the western province of Izmir when her maternal instincts and apparent knowledge of the health care system had her taking her sick kittens to a clinic for humans.

Staff at the clinic of a health care directorate run by the local municipality in Karabağlar district of Izmir were taken aback when the mother dragged one of her kittens to their office. One day later, she returned with another kitten. Doctors and nurses discovered that both kittens had problems with their eyes due to an infection. After initial care, they were handed to the veterinary department of the municipality where they were treated and recovered. The stray kittens and their mother were put up for adoption later.

“We were familiar with this cat. She was a stray roaming nearby, and we used to give her food and water. We did not know she gave birth to kittens,” a clinic official said. The official said that they noticed the animal while they were attending to patients as she started “constantly meowing.” When they saw something was wrong with kittens, they took a closer look and discovered the kittens’ eyes were closed tightly. “We gave them some drugs and they started opening their eyes and later, we transferred them to the veterinary department. It was the first time that an animal walked into our clinic, and it was a very emotional moment for us,” the official said. Though, this isn't the first time in Turkey that an animal species sensed where they should go when they are sick or seeking company.