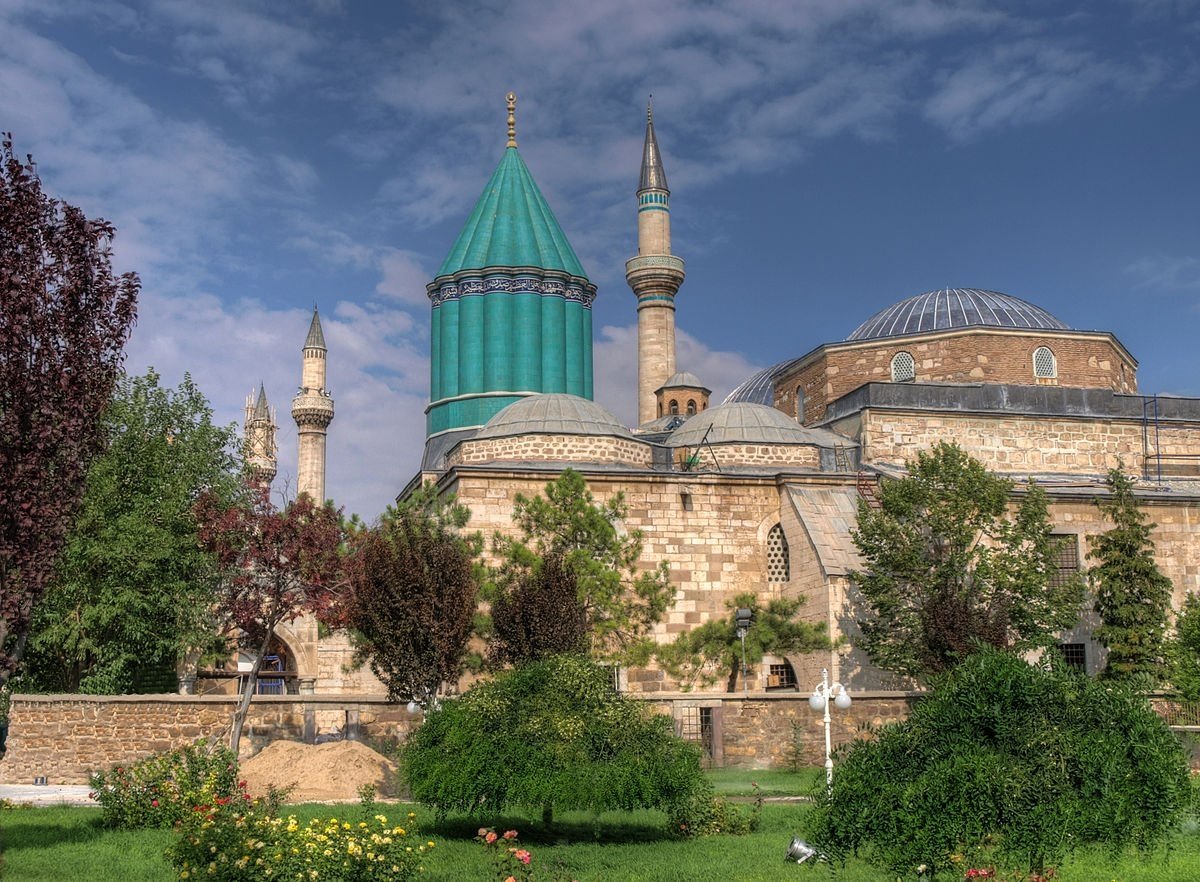 The shrine of Rumi in central Konya province comes to the forefront with its distinctive green-tiled cylindrical dome. (Sabah / Archive)
by Anadolu Agency Dec 06, 2021 11:22 pm

Authorities in central Turkey have completed preparations to mark the 748th anniversary of the passing of Mevlana Jalaluddin al-Rumi – known in the West only as "Rumi" – a 13th-century mystic, poet and philosopher whose influence carries down to the present day.

Backed by the Culture and Tourism Ministry, 10 days of commemoration ceremonies will be held in the city of Konya, where Rumi is buried, with the participation of scores of local and foreign guests.

A great variety of events will be held during the ceremonies, including symposiums, exhibits and workshops, as well as the famous ritual of the whirling dervishes.

Fahri Özçakıl, head of the Islamic Sufism music association in Konya, said the performers have been holding Sema programs every weekend this year.

"We have a group of 49 artists, including the guest performers," he said, adding that the group recently stepped up its rehearsals and is now ready for the ceremonies.