Chain of humanity from Syria to Turkey saves sick boy 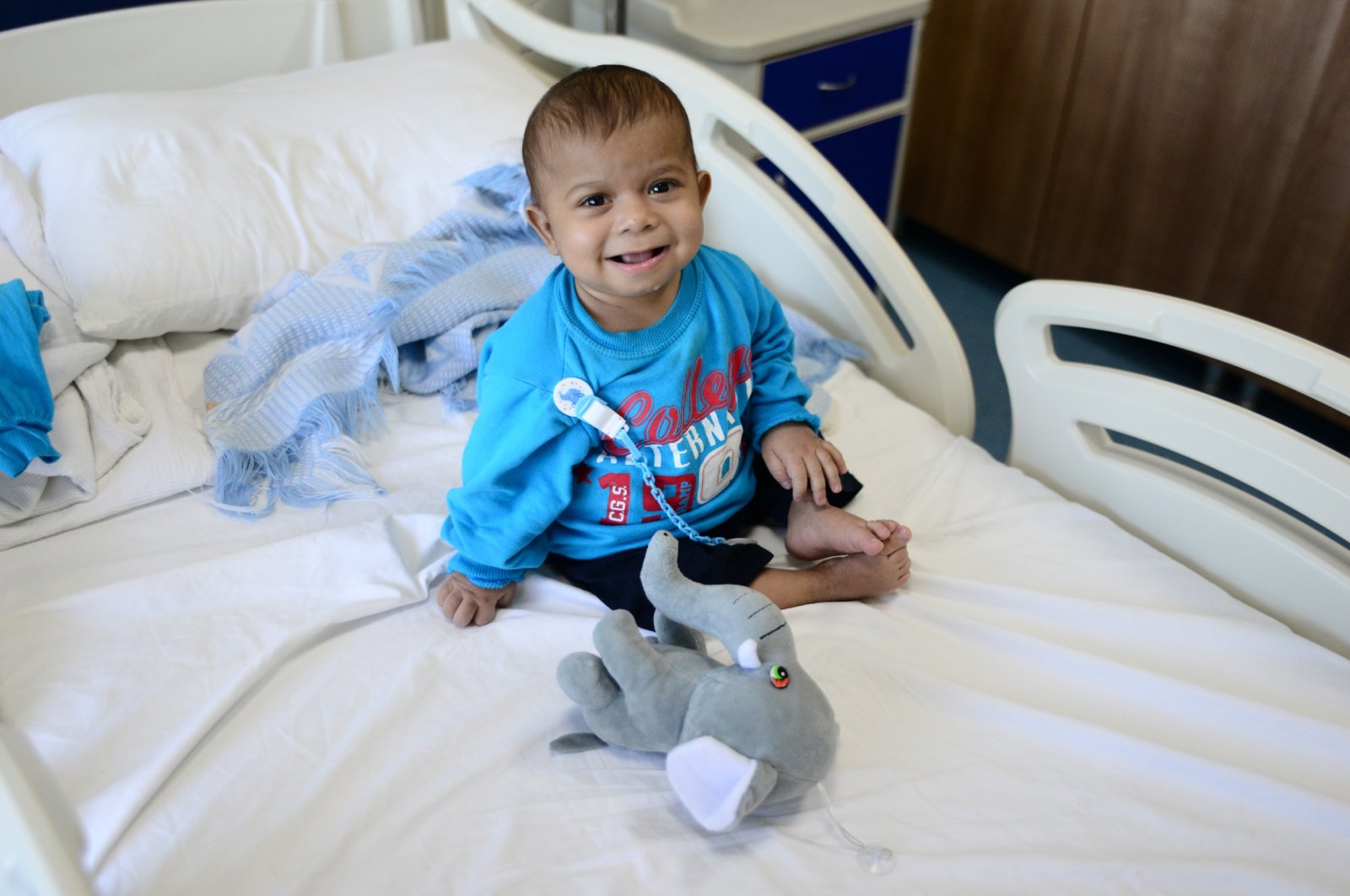 Tamar al-Jadou beams with joy from his hospital bed, leaving behind months of plight behind him. It took months and a lot of people for a one-year-old Syrian boy to reach this stage in his short life, though he is unaware of it.

Al-Jadou is the son of a Syrian family that settled in the southern Turkish province of Gaziantep after fleeing the civil war raging in their homeland. He was six months old when he was diagnosed with acute liver failure. When doctors told his parents that he needed a liver transplant, he was transferred to a hospital in the northwestern province of Bursa, where such transplants are carried out. The family mobilized to help him, but the odds were against them. His mother had a blood type that makes transplant impossible while his father was battling an obesity problem that eliminated him from being a fitting donor. The family started searching for relatives, others eligible for transplant, and after exhausting all options, they decided to contact the father’s ex-wife Hmameh al-Khalef. Al-Khalef consented, and tests carried out in Syria showed she was indeed eligible for transplant. The problem was that al-Khalef was living in Aleppo, a Syrian city engulfed in civil war.

What followed next was a race against time. The organ transplant center’s staff in Bursa contacted authorities to bring al-Khalef to Turkey and she received a permit to travel with her three children. In an operation carried out by the Turkish Armed Forces (TSK), she was brought to the Turkish border from Aleppo. Al-Khalef, however, refused to undergo the transplant at the last minute when the travel permits for her other three children were denied. After a lengthy bureaucratic process, the permits were granted to three others. Al-Khalef, however, had no money for bus tickets to Bursa, but a police officer in Gaziantep province, where she first arrived, covered their ticket fees.

The transplant surgery was not without hassle, though. She required gallons of blood transplant, and doctors scrambled to find them. Hearing blood requests, firefighters, police officers and hospital staff mobilized to donate blood. The transplant surgery was followed by five days in intensive care for the baby, and finally, this week, he left intensive care and is now on the way to a full recovery. He is expected to be discharged from the hospital in ten days.

Professor Tanju Özkan, who supervised the transplant process, said it had been a difficult process for them and the family. “The child was in need of emergency care, and he needed some 40 blood transfusions. He was resolute, though, and survived,” he told Demirören News Agency (DHA).

Boy’s mother Nadima acknowledged the challenges they faced: “We are grateful to Turkey, to the doctors, to the Health Ministry. They have always been helpful. My son is recovering now. He used to cry all the time before, and now I see a completely changed boy,” she said.