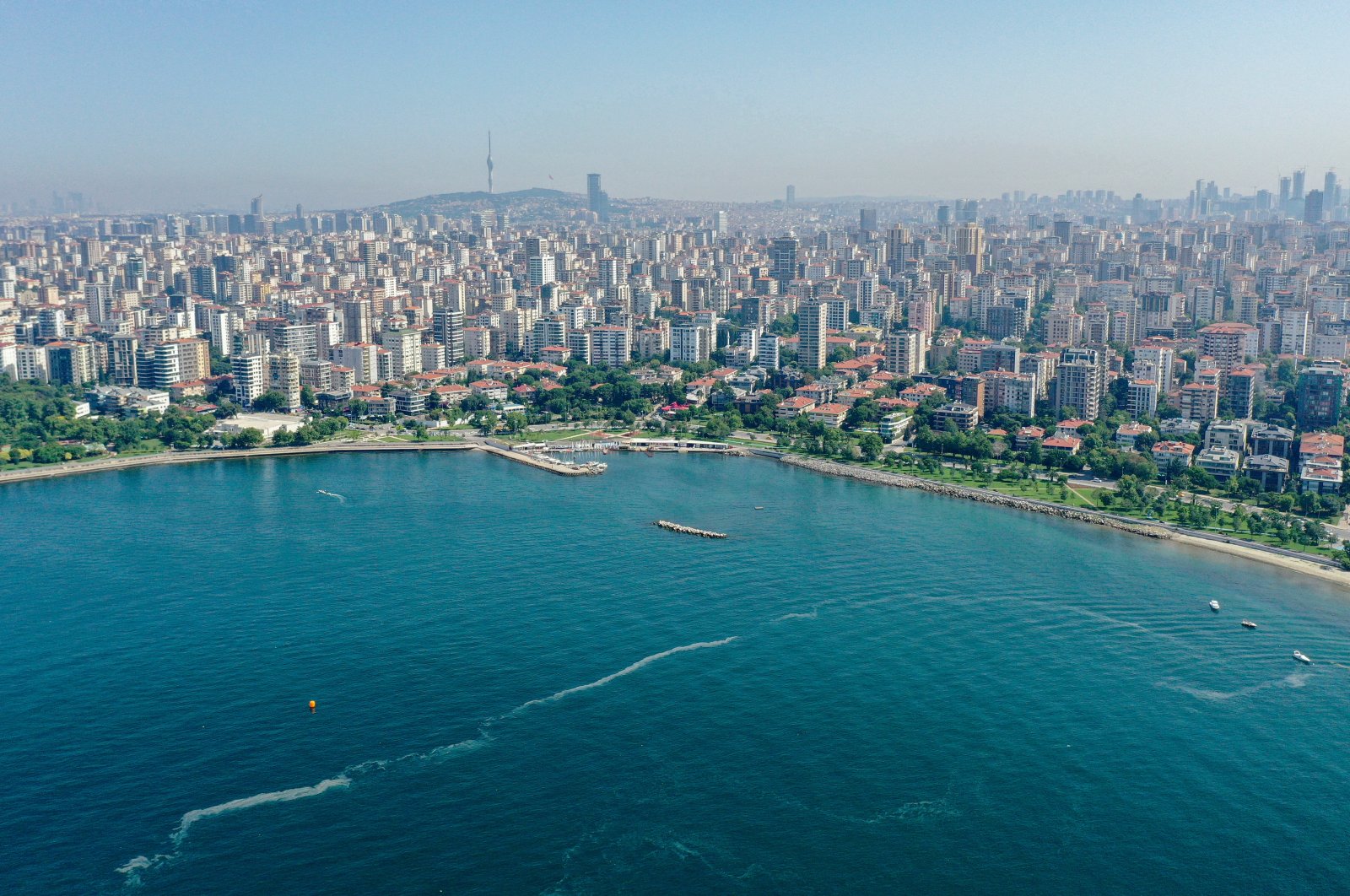 Almost one month after the government launched a massive cleaning campaign, the Marmara Sea is largely cleared off "sea snot," or marine mucilage. The ubiquitous microorganisms had taken hold in the landlocked sea over the past few months. The Ministry of Environment and Urban Planning, which spearheads the cleaning efforts, says more than 10,600 cubic meters of sea snot has been collected and disposed of since June 8.

Though the mucilage still lingers in some cities on the coast of the Marmara, it has largely disappeared off Gemlik Bay and the Mudanya coast of Bursa, along with Yalova province and its districts, the Erdek coast of Balıkesir in Marmara’s south and off Çanakkale and its Gelibolu Peninsula. Overall, the sea snot has almost vanished from the southern coast, while it is still present in some parts of the north. Still, it is not as dense as it was before the cleaning campaign. Shores were empty for months due to both sea snot and the COVID-19 pandemic restriction but are now teeming with fishers and swimmers again.

The mucilage, or sea snot, as it is most commonly known due to its slimy consistency, is a secretion of phytoplankton and though uncommon, was unprecedented this year in terms of density and its ubiquitous presence across the Marmara. Experts say global climate change that disrupts the food chain gives way to booms in sea snot, which mainly harms marine life. Extreme changes in seawater temperatures also affect its growth. However, the most crucial factor contributing to the phenomenon is human-made pollution. In the case of the Marmara Sea, it is caused by the untreated waste haphazardly discharged into the sea, especially by industrial facilities. The government has handed severe fines to factories polluting the sea, but experts say a more extensive awareness campaign and tight inspections are needed to prevent a repeat of sea snot in the future.