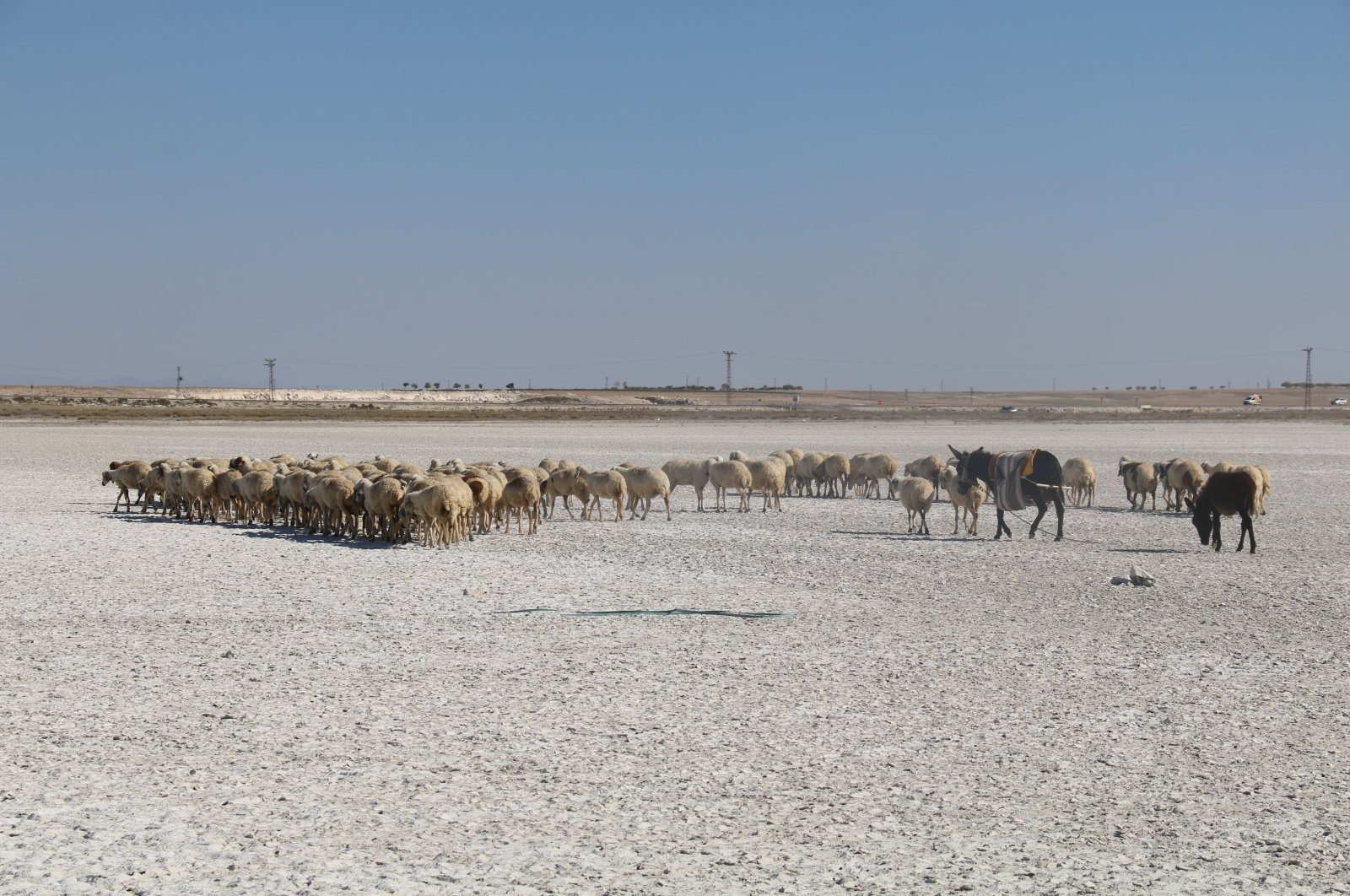 Akgöl, a lake in the central Turkish province of Aksaray and a popular stopover for migratory birds and flamingos, is feeling the impact of the climate crisis, which has affected bodies of water in Turkey and the world over.

The freshwater lake, which normally sprawls across 210,000 square meters (226,0421 square feet), has recently dried up completely. A lack of precipitation over the past few years, an effect of climate change, drained the underground waters and is blamed for the catastrophe.

The lake now holds parched land at its bottom, far from its glory days when it supplied water to Lake Tuz, the country’s second largest lake.

Cuma Göktan, village headman of Akgöl, which received its name from the lake, says it once had clear and pristine waters and hosted thousands of birds. “People used to come here for picnics on the lake’s shores and it was a water source for the irrigation needs of villagers. We had to shift our agricultural work. We ask help from authorities to supply water to the lake,” he told Anadolu Agency (AA) on Friday.

In July, hundreds of baby and adult flamingos were found dead in a dried part of Lake Tuz, prompting renewed emphasis on the impact of drought on the ecosystem.

Soaring temperatures and a lack of precipitation across the country are ringing the alarm bells for agriculture at a time when dams, ponds and rivers have reported considerable drops in water levels. Experts warn a water crisis awaits Turkey within the next decade.

Climate change, coupled with the misuse of water resources, has led to water scarcity in the country. Turkey was on alert after a lengthy dry spell last winter prompted concerns of water shortage, especially for big cities. Authorities readied a number of plans, and President Recep Tayyip Erdoğan had assured the public that they had action plans ready for water management through 2071. He underlined that since the 2007 drought in Turkey, the government has prepared water supply action plans for 81 provinces.