Coronavirus outbreak sees decline or stagnation across most of Turkey 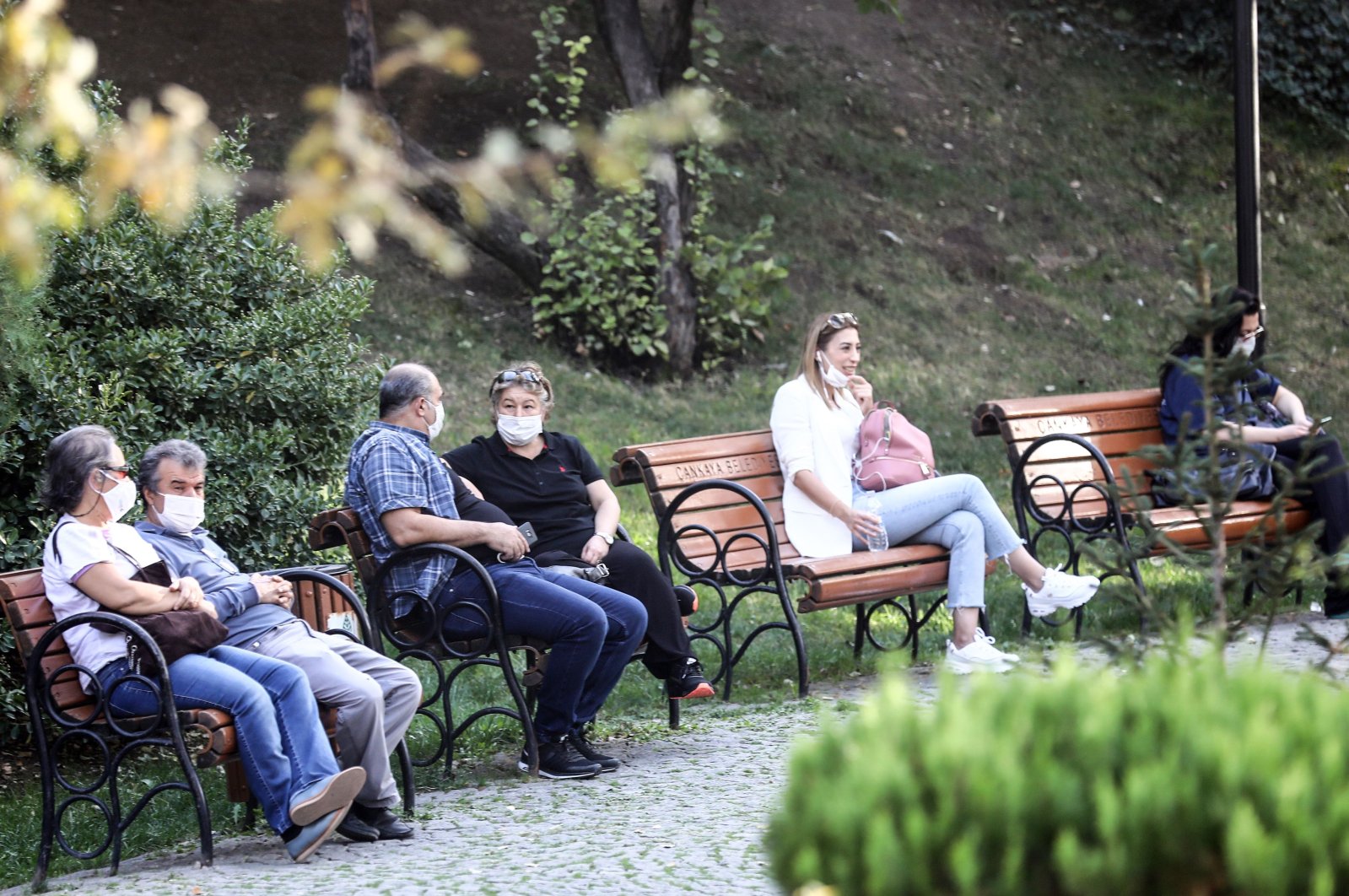 The worst may not be over yet, but Turkey is reporting an improvement in its fight against the coronavirus outbreak after months of patient increases. Currently, all provinces are reporting a decline in cases or little change in upward trends, with the exception of the country’s most populated city, Istanbul.

The public also appears to be acclimating to the “new normal” where masks are mandatory, social distancing is enforced and strict hygiene rules are followed. Even the usually crowded marketplaces have fewer customers nowadays.

The decline in the number of patients is attributed to early measures Turkey took and its decision to gradually reopen rather than completely lift the lockdown in one instance.

Turkey entered a normalization process in June with some businesses being allowed to reopen and curfews gradually being lifted for at-risk people. Though some age groups, particularly younger citizens, have had difficulty adapting to a “controlled social life,” the majority of the public sticks to the rules. Surveys show fewer people favor a return to curfews despite occasional fluctuations in the number of patients.

Anatolia and the central regions of Turkey had seen a boom in the number of patients, especially after residents of big cities in the west traveled to their hometowns for the summer holiday. The majority of those travelers returned to the west last month, leading to a decline in the number of patients in the region. Authorities do not expect sudden COVID-19 surges in Anatolia as trips between cities have significantly decreased. A further drop is expected in the coming months.

Istanbul, however, remains at risk due to its citizens returning last month. Indeed, it is the only place where patient numbers are on the rise. Provinces in the vicinity of the metropolis are reporting stable numbers but authorities expect a rise in Istanbul through mid-December. The capital Ankara, meanwhile, is experiencing a downward trend in its number of patients after reporting surges in the past few months.

Turkey registered 1,614 more COVID-19 patients and 1,301 recoveries over the past 24 hours, the Health Ministry said Monday. The country’s patient count to date stands at 337,147, with recoveries totaling 295,658, according to ministry data. Just over 115,600 coronavirus tests were carried out over the past 24 hours, raising the total above 11.7 million. The death toll from the virus reached 8,895, with 58 more deaths. The figures also showed that the number of patients in critical condition currently stands at 1,417, with 5.9% having developed pneumonia this week. The total number of critically ill patients reached 1,417 as of Monday, Health Minister Fahrettin Koca said in a tweet.

"There is a drop in our intensive care occupancy rates this week. The rate of pneumonia in patients has also fallen compared to last week," Koca said. He also stressed that when preventative measures are applied conscientiously by everyone, the nation will see results. "We will succeed together, count on it," he said.

Still, the risk is here and it is highest for family members of infected patients. Ihsan Ateş of Ankara City Hospital said it has been quite common to see at least two members of the same family hospitalized for the coronavirus.

“We had a 104-year-old patient confined to bed for five months. Her grandson visited her for only 10 minutes, and she was infected from him,” Ateş told Anadolu Agency (AA) on Tuesday. “Every member of the family, be they young or old, should fully comply with measures,” he warned.

Ateş said that although the virus affects people of advanced age more, middle-aged people also suffer from its devastating impact once infected. “Senior citizens are more fragile in terms of their metabolism and their existing diseases, which puts them in a deadly risk group. Yet middle-aged patients have a host of difficulties in recovery. Their bodies produce a more aggressive response to the virus. As a matter of fact, it is not the virus but this aggressive response that leads to fatalities in this age group,” he said.