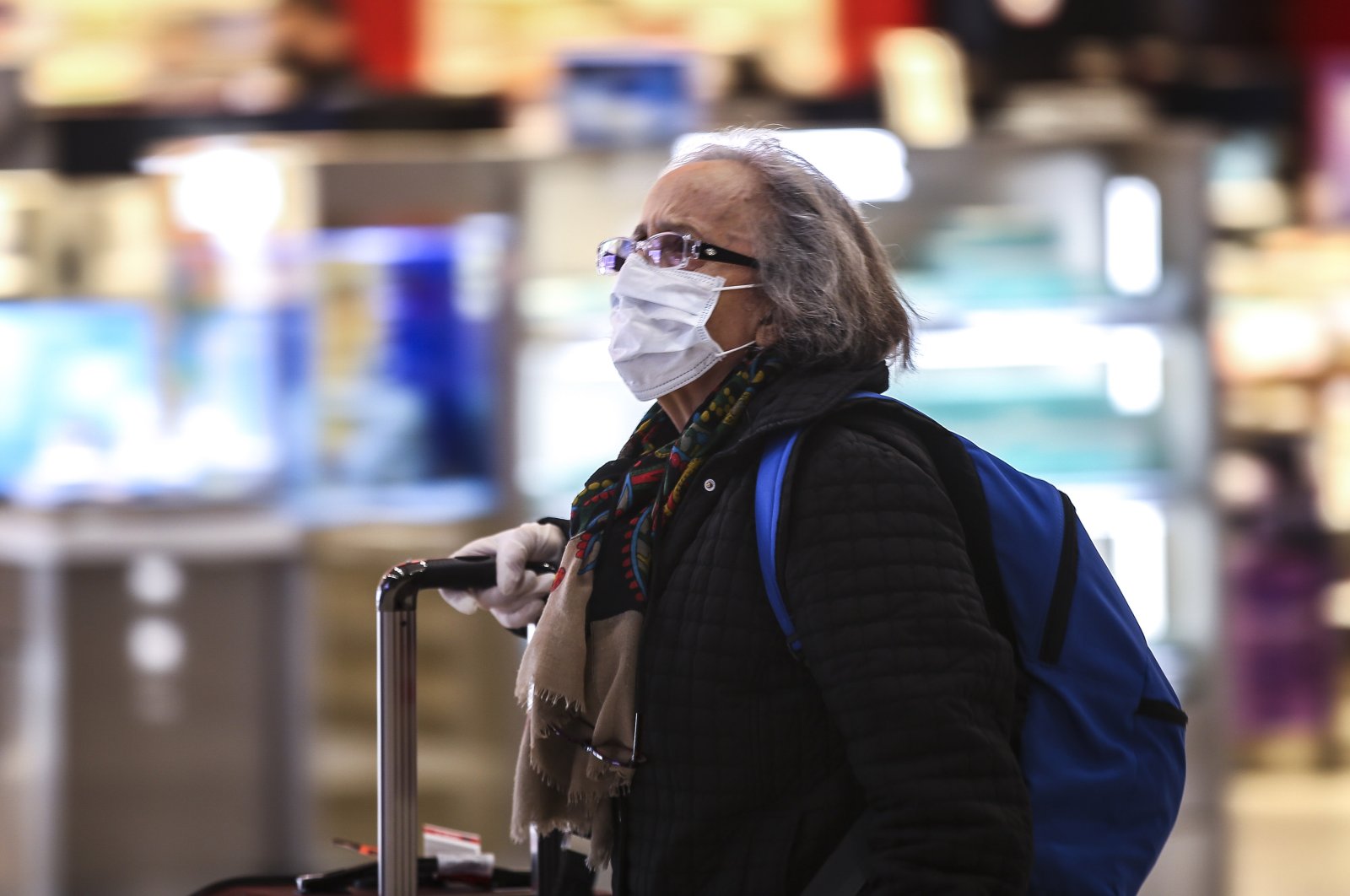 A Turkish citizen wearing a surgical mask arrives at Istanbul Airport after traveling from the U.K. as part of an evacuation effort, Istanbul, Tuesday, March 17, 2020. (AA Photo)
by DAILY SABAH Mar 18, 2020 2:09 pm
RECOMMENDED

Speaking before an emergency meeting to discuss Turkey’s measures against the growing coronavirus outbreak, Erdoğan said if Ankara could manage the next few weeks well, a better-than-expected outlook would await Turkey.

After his short statement, the president and ministers proceeded to the meeting.

The meeting came as the coronavirus claimed its first victim in Turkey.

Health Minister Fahrettin Koca said Tuesday night that the number of coronavirus cases in Turkey has risen to 98, with 51 new cases confirmed Tuesday.

The minister also announced the first fatality in Turkey to the coronavirus, an 89-year-old male.

“The patient that fell victim to coronavirus is found to have contracted the disease from an employee with connections to China,” Koca said.

Koca had announced earlier that Turkey would ban flights from nine additional countries starting Tuesday, bringing the total number of restricted countries to 20.

The country’s top religious authority, the Presidency of Religious Affairs (DİB), announced a ban on prayer gatherings, including Friday prayers, while leaving the mosques open to people who want to perform daily prayers.

The government had previously closed schools for two weeks starting on March 16, while universities were shut down for three weeks.