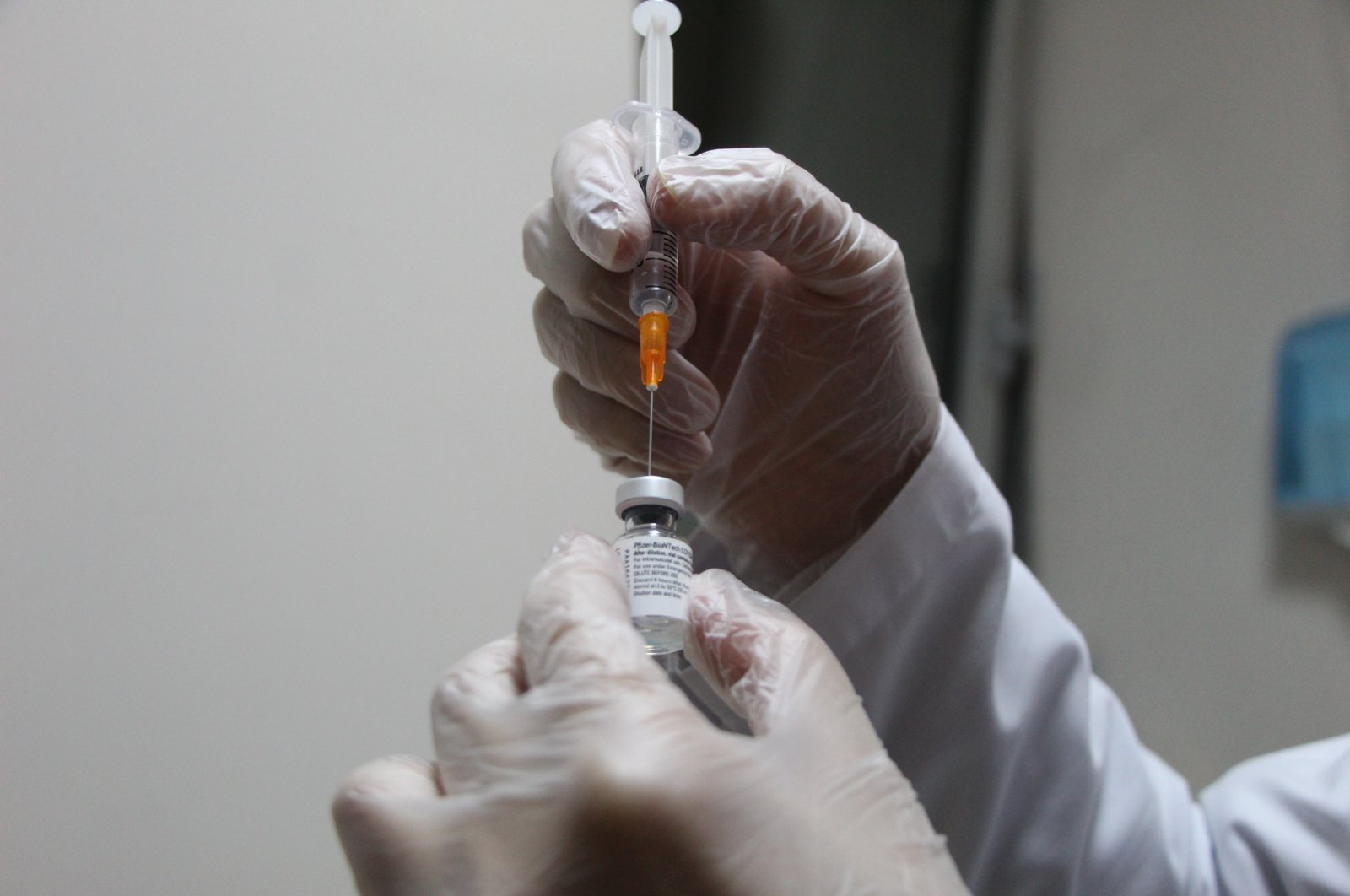 Turkey strives to achieve mass immunity against the coronavirus by adding more to its inventory of vaccines. However, the vaccination campaign, which has reached nearly 25 million doses, has eluded a group so far: children.

Professor Hasan Tezer, a member of the Health Ministry’s Coronavirus Scientific Advisory Board, whose recommendations are adopted in the fight against the pandemic, says to achieve mass immunity children should be vaccinated too.

“Children make up 20% of the population that needs to achieve an immunity rate of 70%. They may recover easily when infected but they occasionally act as spreaders. It is important to have them vaccinated to prevent this,” he told Demirören News Agency (DHA) Sunday.

The country started its vaccination campaign in January with health care workers. Elderly citizens were prioritized next. After the older population had their first shots, the campaign has now expanded to people at the age of 55 and above – the youngest group eligible for inoculation so far. The government plans to further lower this age, to 40 and above, by the end of June. Health Minister Fahrettin Koca says they plan to include everyone at the age of 18 and above to be eligible for the vaccine this summer. Still, there have been no plans to include children in the vaccination.

Tezer says the new variants that have already reached Turkey equally infected all age groups and their high infection rate also put children at risk. “We used to see cases where parents in the same household were infected while their children were not. But recently, we started seeing children infected as well. Still, it is too early to say whether the coronavirus cases among children are more severe and deadlier. In any case, a rise in the number of cases will certainly affect the number of cases of infected children,” he said.

Tightened restrictions, followed by a 17-day lockdown that started April 29, apparently paid off, as the number of daily cases dropped to as low as 18,052 Saturday, the lowest in weeks, while the daily death toll decreased to below 300 on the same day. Before lockdown, Turkey had reached a level of 50,000 and more in daily cases.

The World Health Organization (WHO) Friday urged governments to refrain from vaccinating children against the coronavirus until the elderly and at-risk worldwide have received the vaccine. The WHO plea came after Canada authorized the use of the Pfizer-BioNTech COVID-19 vaccine on children, with other rich nations set to follow suit. The vaccine was the second after China’s CoronaVac, to receive approval for use in Turkey. Canada Wednesday approved the use of Pfizer-BioNTech's vaccine for children aged 12 years and up, becoming the first nation to do so.

Professor Tezer said a study on the impact of the Pfizer-BioNTech's vaccine on 2,260 children between the ages of 12 and 15 were recently completed and did not find any serious side effects. “The study shows the vaccine is 100% safe for children between the ages of 12 and 15. I believe the United States will give emergency approval next week for vaccination of children with this vaccine too,” he said.

“We have about 22 million children in Turkey. Children may not end up in intensive care or suffer from severe cases but we have cases of the multisystem inflammatory syndrome (MIS-C). The vaccine can address this but more importantly, it can curb spreading the virus from children to adults,” he added.