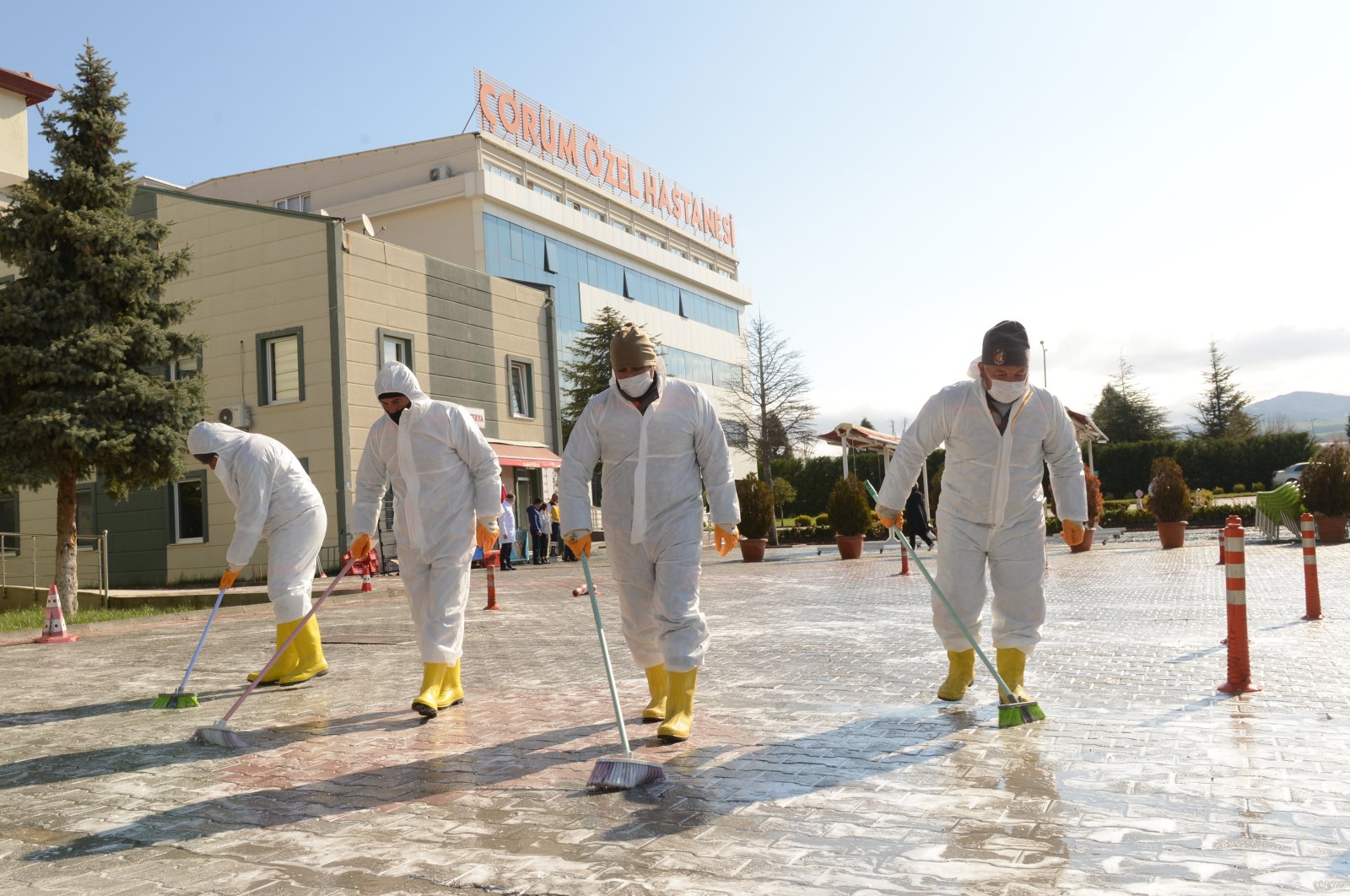 Koca said 2,142 people were discharged from the hospital. He added that Turkey was about to reach its goal of running 30,000 tests daily.

“Despite the increasing number of tests, the number of new cases has seen a downward trend. The virus gains its strength from contacts. Stay home,” Koca tweeted. The country has so far conducted 276,338 tests.

Daily coronavirus infections in Turkey – the world's ninth worst-hit country by the number of active cases – have risen for the 10th consecutive day.

Suggesting that curfew measures for people aged under 20 and over 65 have yielded results, The minister had previously said new infections were now mostly seen in people between 20 and 65.

Meanwhile, 122,500 citizens were under quarantine in 180 different locations of Turkey. The number hits 138,000 with those in dormitories, Interior Minister Süleyman Soylu said Thursday.

Worldwide, more than 1.5 million people have been confirmed infected and over 92,000 have died. The true numbers are almost certainly much higher, because of limited testing, different rules for counting the dead and deliberate underreporting by some governments.

For most people, the virus causes mild to moderate symptoms such as fever and cough. But for some, especially older adults and the infirm, it can cause pneumonia. Close to 350,000 people have recovered worldwide.