COVID-19 jabs for under 12s not on agenda: Turkish Health Minister 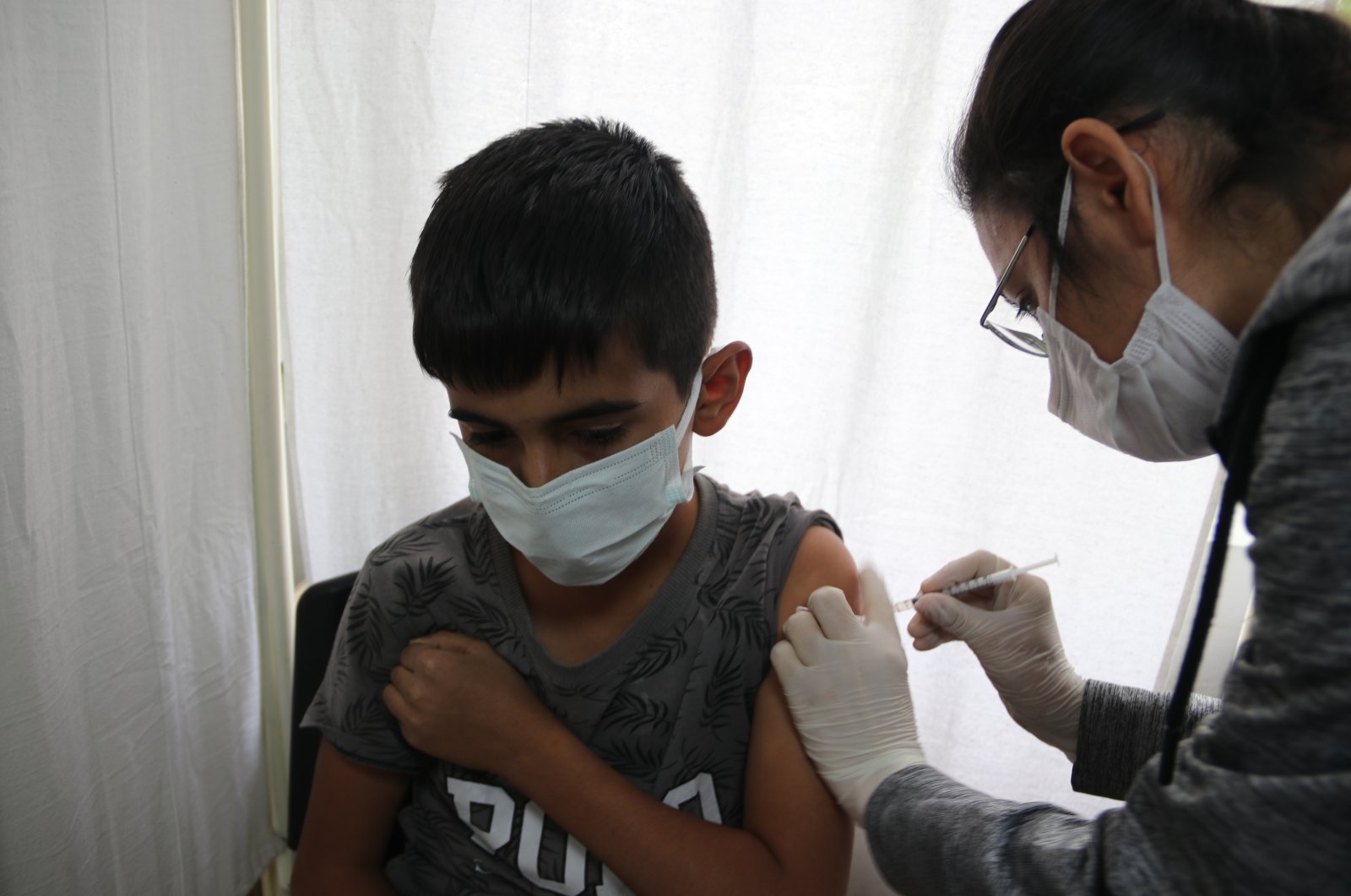 Children under 12 are not part of the vaccination program as of yet, Health Minister Fahrettin Koca says as schools remain open across the country

Vaccinating children under 12 is not currently part of the plan in the fight against coronavirus, Health Minister Fahrettin Koca said Tuesday.

"I can say that vaccinating children under the age of 12 is not on our agenda," Koca told reporters at Parliament in the capital Ankara.

Koca reiterated that random PCR testing in schools will continue. The practice started in pilot schools within the scope of COVID-19 measures introduced after the resumption of in-person classes in September.

The country reopened schools for in-person education while the cases were still relatively low. The resumption came months after the start of a normalization process in which all curfews and most other restrictions were lifted, following a strict lockdown. Schools were closed for most of 2020, though authorities and experts have voiced concerns that further delays to in-person education would hurt children’s development in the long run.

In-person education resumed in parallel with a boost in the country's vaccination program, and the majority of teaching staff at schools have been inoculated. Children are exempt from vaccination, which is not mandatory for adults either. Still, children between the ages of 12 and 15 are eligible for shots if they suffer from a chronic disease. In-person education is occasionally disrupted due to cases reported at schools but authorities opt for shutting down the classroom in which the cases are reported, instead of closing down entire schools. Students can return to school once their quarantine period ends.

Pointing to surveys that showed the positive-test rate was "not very high" in school-age children, as opposed to the general population, Koca assured that "there is nothing to worry about it."

After the U.S. approval of vaccinations for children under 12, some Turkish press reports said Turkish officials may do the same. Professor Alper Şener, a member of the ministry’s Coronavirus Scientific Advisory Board, told Demirören News Agency (DHA) recently that Turkey may consider shutting down schools if the daily cases leap to 60,000.

Meanwhile, the ministry recorded 29,796 new coronavirus cases, 224 related deaths and 29,837 recoveries over the past day. As many as 361,533 new tests were done in the last 24 hours according to figures released Tuesday.

Since December 2019, the pandemic has claimed over 5 million lives in at least 192 countries and regions, with more than 247.28 million cases reported worldwide, according to the U.S.-based Johns Hopkins University. Turkey also continues its efforts to finalize tests of its locally developed vaccine, Turkovac, which the president has vowed to share with the world once it is ready.

Turkey has long faced a surge in daily cases, with numbers fluctuating above and below 30,000. According to official figures released on Tuesday, over 116.66 million doses of COVID-19 vaccines have been administered to date since Turkey launched an immunization drive this January.

More than 55.47 million people have been given a first vaccine dose, while over 48.84 million are fully vaccinated, the Health Ministry said. Turkey has also given third booster shots to some 11.21 million people.

Third doses are highly recommended, especially for those who have been administered inactive vaccines, as experts say, based on studies, they lose efficacy over time.

Along with a low number of third doses, Turkey faces the risk of vaccine hesitancy among the population. Anti-vaxxers who are gaining a foothold on social media jeopardize the country’s vaccination program, which noted progress this summer when it was opened up for people of all ages.