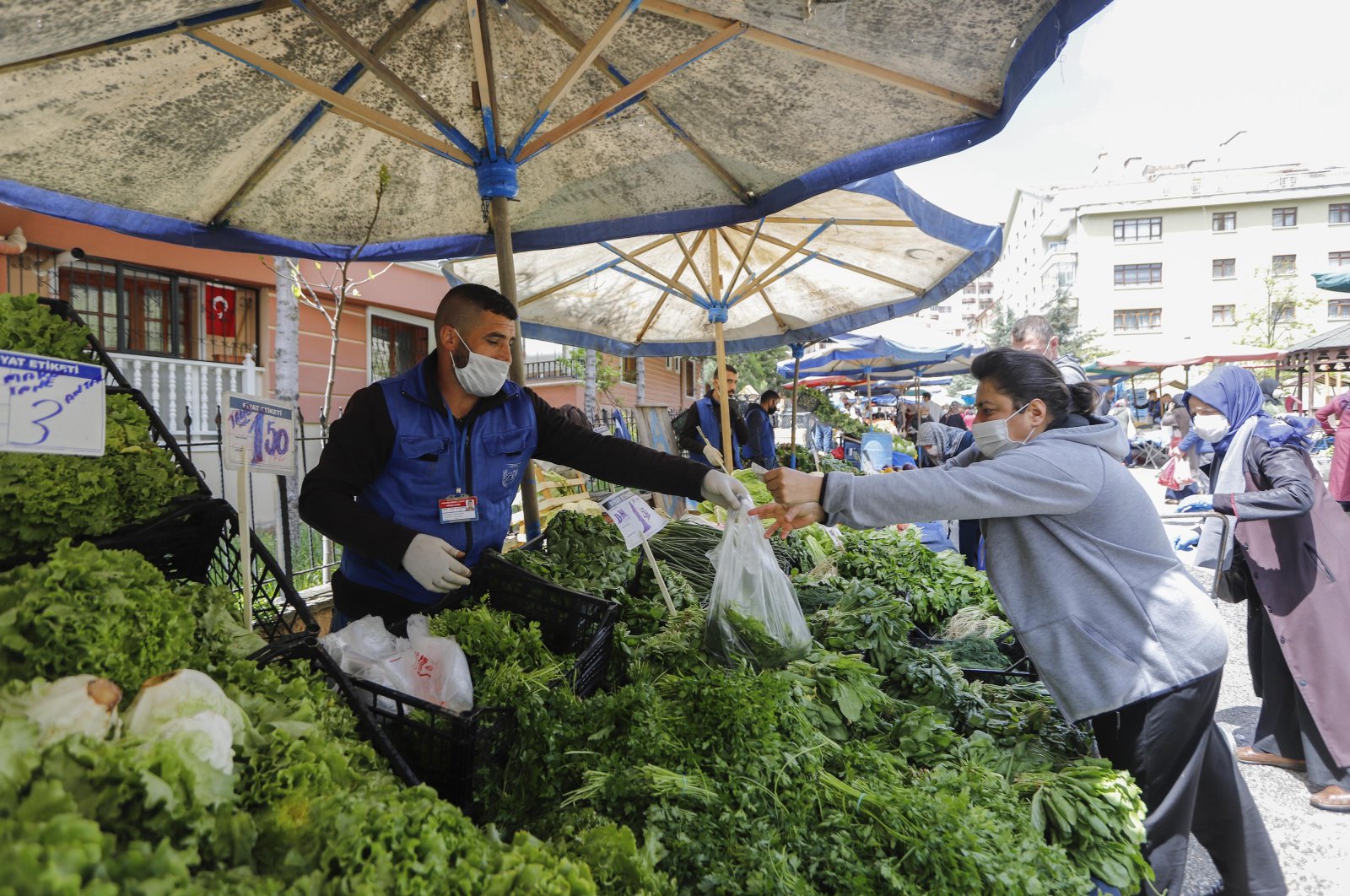 With a few hours of curfew relaxation and the reopening of shopping malls and barbershops, Turkey is gradually beginning normalization amid the ongoing COVID-19 pandemic though most measures will remain in place

A much-anticipated Cabinet meeting on Monday concluded with the announcement of new steps toward normalization in Turkey, which has been fighting the coronavirus outbreak since March. Ever cautious, the country decided to ease some restrictions but the majority of them will remain in place, especially for big cities.

Speaking after the meeting, President Recep Tayyip Erdoğan outlined the country’s normalization schedule but highlighted that it would go ahead “stage by stage.”

Monday’s decisions were good news for a portion of the population affected by curfews. For the first time in weeks, senior citizens, children and teens will be allowed to go out for four hours, although just for one day. Barbershops, hairdressers and shopping malls will also be allowed to be opened but with specific measures to protect against coronavirus.

Erdoğan painted a bright picture regarding Turkey’s fight against the pandemic but also issued a stark reminder of the days to come. “We will gradually return to normal life but there will be a new normal,” the president said, in reference to tight protective measures which are expected to continue for a while, such as mandatory masks and gloves and strict social distancing rules in public spaces. He warned that tougher steps would be taken if people fail to follow the rules.

Since March 21, around 7.5 million senior citizens have been under lockdown, banned from going outside in a measure taken to stop the spread of the new coronavirus. The same restriction was brought in by the government for people under the age of 20 on April 4.

Erdoğan also said shopping malls, barbershops and some stores would be allowed to open on May 11 as long as they abided by normalization rules, including allowing a limited number of customers inside with strict hygiene and social distancing rules. Erdoğan said universities would “return to their academic calendar” as of June 15.

Turkey will also lift coronavirus travel restrictions for Antalya, Aydın, Erzurum, Hatay, Malatya, Mersin and Muğla. Travel to and from these seven provinces will be permitted starting Monday night. Entrance and exit bans will stay in place for the remaining 24, which includes Turkey's economic and cultural hub of Istanbul and capital Ankara, for 15 days.

Erdoğan also said that a National Solidarity Campaign to raise money to fight the virus and its economic impact had netted some TL 1.91 billion ($271 million) in donations.

The number of people who have died from COVID-19 in Turkey rose by 65 as of Monday evening, to 3,461, Health Ministry data showed, as a slowdown in deaths and confirmed cases continued.

The overall number of cases rose by 1,614 to 127,659, the data showed, the highest total outside Western Europe, the United States and Russia. A total of 68,166 people have so far recovered. The number of daily tests conducted in Turkey as of Monday stood at 35,771, raising the total number of tests during the outbreak to more than 1.17 million.

Meanwhile, the death toll among Turkish expatriates abroad has risen to 473, Foreign Minister Mevlüt Çavuşoğlu said Tuesday. Due to the outbreak, Turkey has brought home over 65,000 of its citizens from 103 countries, Çavuşoğlu told a news conference in the capital Ankara. Çavuşoğlu said Turkey will always stand by its nationals, wherever they are, and continue to evacuate them from abroad to protect them when needed.

Erdoğan said Turkey had a four-point contingency plan against the pandemic that adhered to social distancing and ensured the sustainability of the health care system, public order and an uninterrupted supply and production chain for basic foods. “Turkey set an example in the world with this struggle in unison between the state and the nation. We developed our own models for disease’s diagnosis and treatment and managed to keep death toll low and curb the speed of infection. We see a constantly decreasing number of intubated patients and patients in intensive care units. Thanks to the sacrifice of our health care staff, we did not see any dramatic scenes in our hospitals,” he said, referring to overcrowded hospitals abroad.

“Like the rest of the world, our country will not be able to return to its old way of living. It is unclear how long the pandemic will last and how people will have access to a cure. So, there will be a new normal now. Though restrictions will be eased, they will be in place. Wearing masks in crowded places, watching social distance and adhering to cleaning rules will continue,” Erdoğan said.

He added that Turkey’s normalization plan will “progress through the next two months” when new regulations and the lifting of some restrictions will be announced gradually.

A June with zero cases?

Professor İlhami Çelik, a member of the Health Ministry’s Coronavirus Science Board, says Turkey managed to flatten the curve of the peak. “Just like we managed to curb a fast peaking in cases, we will be able to reduce the number of cases. It won’t be all of a sudden but I predict (cases will end) in June,” Çelik told Demirören News Agency (DHA).

Çelik called the public to adhere to restrictions and self-imposed isolation in the absence of a total lockdown. He warned especially on upcoming Ramadan Bayram, or Eid al-Fitr, a Muslim holiday later this month. The holiday is traditionally marked by visiting relatives, parents and friends, with millions exchanging hugs and handshakes across the country to celebrate the holiday. Travel restrictions will curb mass exodus from big cities for holiday but the danger remains for relatives living in the same cities. “You should extend bayram greetings on the phone, with video calls,” Çelik warned.

Barbers, hairdressers and anyone suffering a bad hair month or months were perhaps the most joyous upon hearing of the lifting of restrictions. Businesses which rarely work with appointment say they are already booked for at least the two days after May 11 when the ban on barbers will be lifted. The appointment system is a necessity to keep the number of people in barbershops at a minimum as a measure against infections. Since the announcement on Monday evening, barbers face a barrage of phone calls from customers seeking appointments.

Şükrü Akyüz, head of the Istanbul Chamber of Barbers, told DHA that both barbers and customers have to comply with a set of rules when barbershops are reopened. “Customers are required to make an appointment. They have to wear masks when they walk in the shop. Barbers and customers have to sanitize their hands. Barbers will wear masks and will be required to clean and disinfect seats before and after admitting each customer. They will change their aprons every morning and disinfect their tools,” he said. Akyüz also called on the government to ease curfew restrictions for people above the age of 65 and under the age of 20 who work in the industry. “Elderly barbers and their young apprentices can be given a work permit,” he said.