COVID-19 risk drops for most of Turkey amid vaccination drive 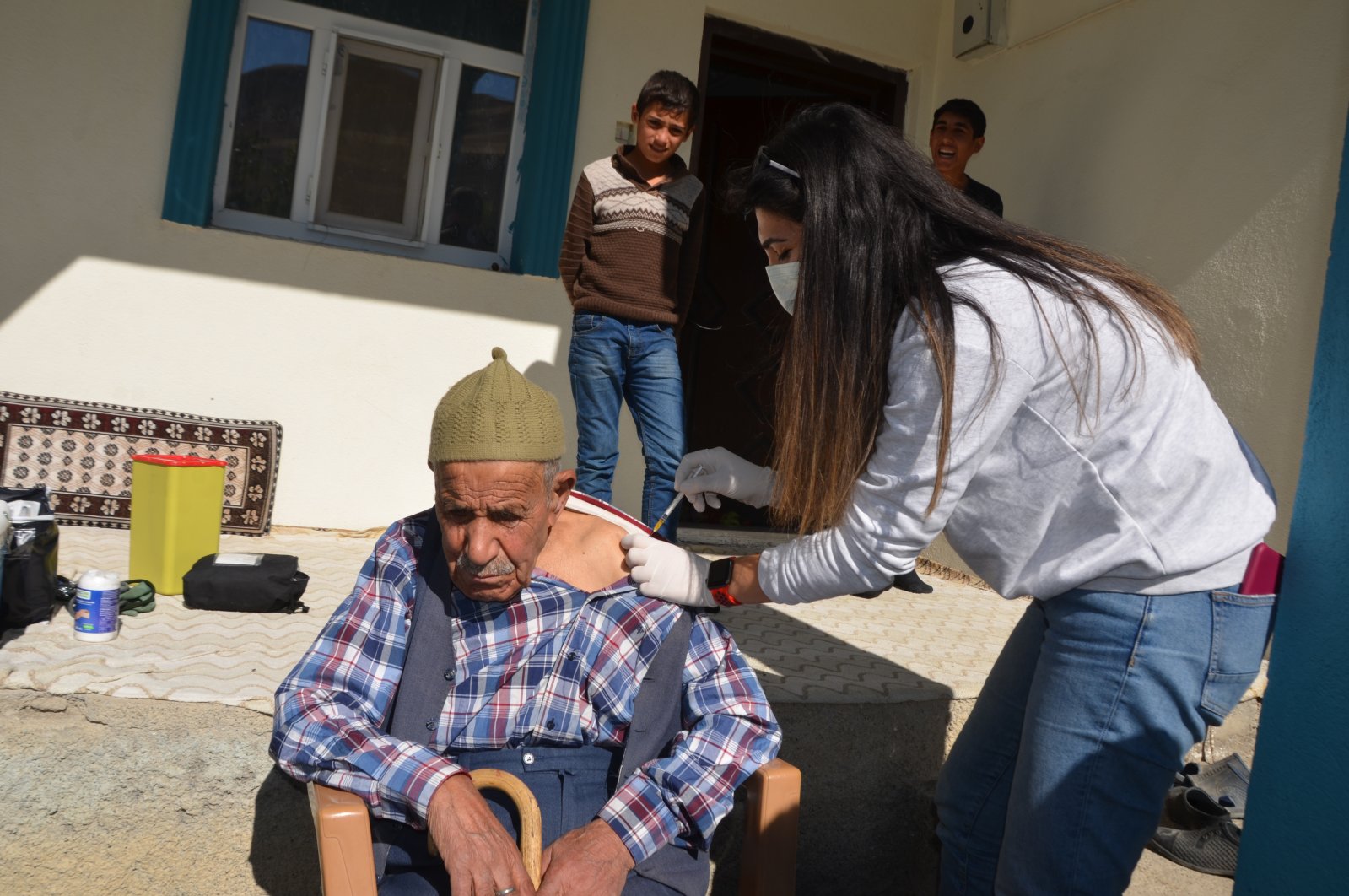 Turkey’s vaccination program continues paying off, as 72 out of 81 provinces are now out of the 'high risk' category for COVID-19 thanks to the millions of doses administered providing protection against the deadly disease

The Health Ministry’s mobilization to reach out to all those eligible for vaccination against the coronavirus has gained momentum. The country has exceeded 118 million doses since the beginning of the vaccination program in January and at least 79% of the population aged 18 and above have now been administered two doses, required for temporary protection against the virus.

The efforts reflected a change in the risk category of 72 among 81 provinces, as they no longer pose a “high risk” of infection and so far, 18 out of 30 big cities, including the capital Ankara and Izmir, are above a vaccination rate of 75%. Istanbul, Sakarya, Konya, Malatya, Gaziantep and Van are also closer to being designated “low risk” cities based on increasing vaccination rates. Turkey increased its rate of third or booster doses to more than 11 million, but the number of those who have received two doses of vaccinations still hovers at around 49 million.

Health Minister Fahrettin Koca called on the public via his social media account to get their second or third doses, noting the number of these people is around 8.6 million.

The vaccination is essential for achieving mass immunity in the country, which has been fighting the pandemic since March 2020. Professor Mustafa Hasöksüz, a member of the Health Ministry’s Coronavirus Scientific Advisory Board, said having additional doses is important as antibodies vital for fighting the coronavirus drop in numbers in the body over time. “People administered two doses of inactive vaccines need a booster shot three months after the second dose and those with a messenger RNA (mRNA) vaccine need it six months later. Without booster shots, protection against infections is low, especially for people with chronic diseases,” he warned.

Although the vaccination rate is boosted, the pandemic has evolved into a “pandemic of the unvaccinated,” according to experts. Authorities acknowledge that unvaccinated people constitute the majority of severe cases in the country where fatalities from the coronavirus rarely drop below 200 nowadays. The delta variant, a more severe strain of the virus, is also contributing to the surge in the pandemic, especially among those ditching mandatory mask and social distancing rules after Turkey eased pandemic-related restrictions this summer.

Turkey offers the inactive CoronaVac vaccine developed by China’s Sinovac and the mRNA vaccine of Pfizer-BioNTech. In the meantime, it is also conducting trials on its own locally made vaccine, Turkovac, which is expected to be widely available within months. Multiple vaccine development projects are also underway in the country.

Along with vaccines, Turkish scientists also work in other fields related to the coronavirus. A group of researchers from Turgut Özal University in the eastern province of Malatya reported a 98% success rate in diagnosing COVID-19 through artificial intelligence (AI). The article on the study, published in the international journal Clinical Imaging, says the developed AI system would help correct the diagnosis of the disease.

MTU-COVNet, as it is dubbed by scientists, is based on computerized tomography (CT) scans from more than 1,000 patients. Associate professor Erdal In, one of the developers and an expert on chest diseases, told Anadolu Agency (AA) on Friday that it was the result of a one-year study. “We created the program by data sets obtained from our patients. It is entirely locally made and has been successful. Its diagnostic success is remarkable compared to other similar systems,” he said.

In said the pandemic increased the workload of health care staff in Turkey and around the world, and their system would help relieve it. “Obtaining projections from AI, doctors would be able to act faster, and it will reduce examination time. It will help them to get a more accurate diagnosis,” he said. He said that they would now concentrate their efforts on the use of AI in the diagnosis of lung cancer, chronic obstructive pulmonary disease and similar diseases. “Though doctors have a general knowledge of radiological imaging of COVID-19, it is really difficult to distinguish between COVID-19-induced pneumonia and regular pneumonia among at least 20% of patients. AI will increase accurate diagnosis rate by around 80%,” In added.

For their work, researchers trained AI to learn all the differences between COVID-19 and pneumonia scans and healthy lungs. The project has been approved by the Health Ministry’s Ethics Board and is expected to be available for doctors soon.