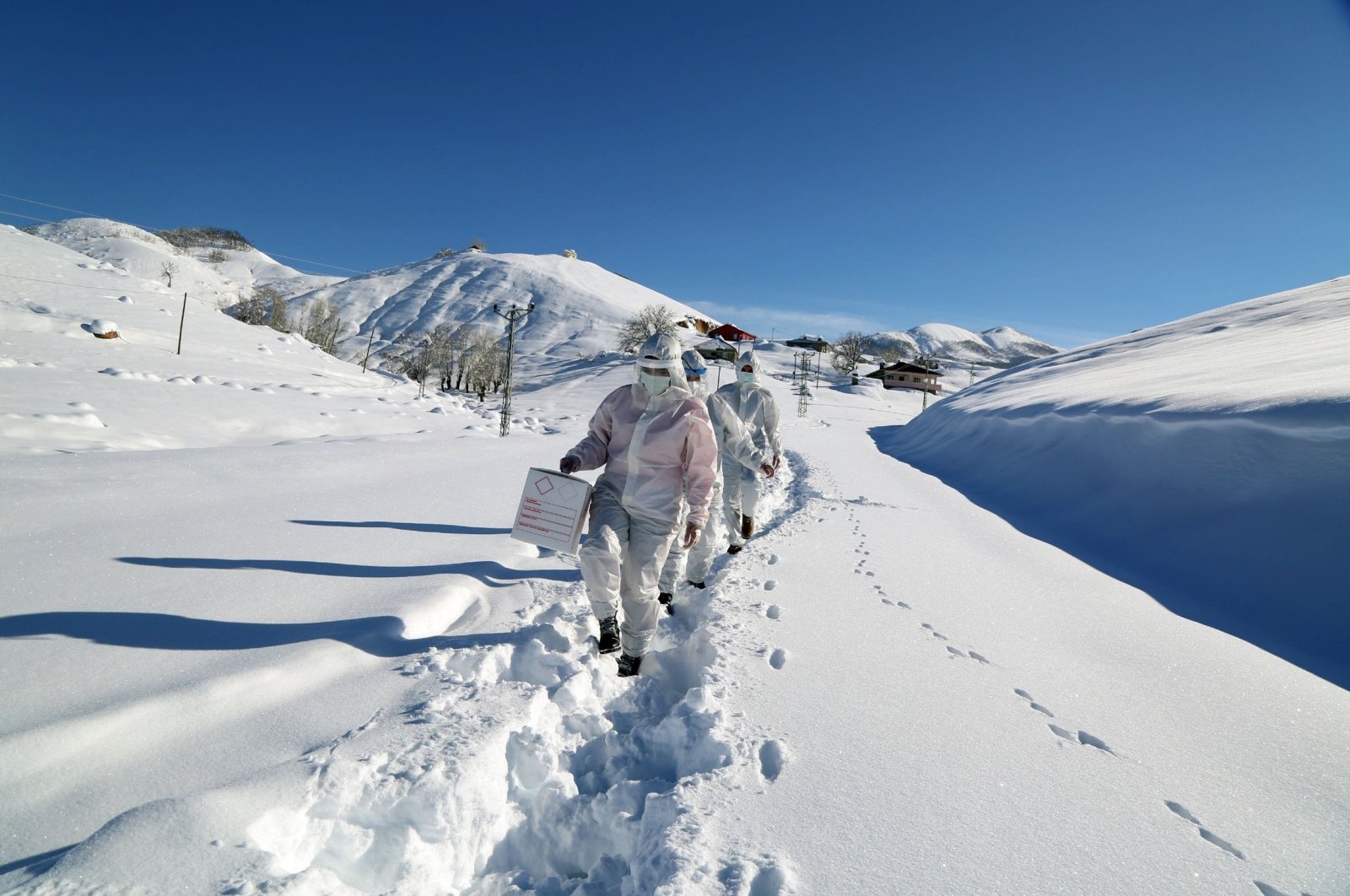 Turkey remains vigilant as virus variants from other countries have made their foray into the country recently. Contact-tracing crews who serve at the forefront in the fight against the coronavirus pandemic updated their guidelines and stepped up work to curb the danger posed by variants. Day and night they monitor the people kept in isolation to prevent the spread of the disease.

The country also changed rules for travelers from abroad. In addition to asking for negative tests carried out within the last 72 hours before arrival to the country, travelers from Denmark, the United Kingdom, South Africa and Brazil are required to stay in quarantine for 14 days in Turkey. Travelers from the U.K. and Denmark will be able to self-isolate at the location where they plan to reside during their stay, while those from South Africa and Brazil will be quarantined at state-run student dormitories. A second test will be conducted on the 10th day of their stay, and if it turns out negative, their isolation will be terminated.

The Health Ministry also ordered a second test for variant cases reported within the country on the 10th day after their treatment. A second positive test will extend the quarantine period for them, and crews will run more tests once every two days until the patients have recovered. The ministry also ordered a 10-day quarantine for people who came into contact with positive patients infected with variants.

Hundreds of cases stemming from virus variants that emerged in Brazil, South Africa and the U.K. were reported in the country.

Contact-tracing crews play a key role in stopping the virus from spreading with their door-to-door visits to determine the people with whom positive patients came into contact. Their significance increased with the new variants which reportedly spread faster than previous mutations of the coronavirus. The Health Ministry started contact-tracing work with about 4,000 crews in the early days of the pandemic, and their numbers now exceed 10,000. Contact tracing escalated in October and November during a new surge in coronavirus cases. It is now near 100% while the average time to identify the contacts of infected patients stands at about eight hours. Along with monitoring patients in their homes, crews also vaccinate elderly people who cannot leave their homes for inoculation.

In Tuzla, an Istanbul district on the metropolis’ Asian side, 50 crews do contract-tracing work around the clock. Dr. Ahmet Karakaşlı, the head of the Directorate of Health for Tuzla, says they cannot afford to lose momentum. “We serve in an area where a number of industrial zones, a large shipping yard and military barracks are located. A high number of shared social spaces requires us to be on alert all the time. Possible cases in those shared spaces are our worst nightmare,” he told Demirören News Agency (DHA) on Tuesday. Karakaşlı warned that apartment buildings where members of the same families live were currently the biggest risk in terms of spreading infections. He pointed out that one positive patient typically infects almost all the others in the same building as visits between homes are frequent.

Contact-tracing crews themselves face the risk of infection and have to wear head-to-toe protective suits at all times. Dr. Pelin Aşkın, who works on one of the contact-tracing crews in Tuzla, says the ongoing vaccination campaign boosted their morale. “We feel more relaxed while visiting patients now,” she says.

The question in public mind now is whether the vaccines will protect against the variants. Experts say the current vaccine in use, CoronaVac, has an advantage against the variants. Professor Hasan Murat Gündüz, a member of the Health Ministry’s Coronavirus Scientific Advisory Board, says the inactive vaccine is better for fighting variants. “Other countries started opting for inactive vaccines as well. The more our population gains immunity, the more protection we will have against variants,” he told DHA.

The coronavirus, like some other viruses, constantly mutates. Studies show that first-generation vaccines do not work well, particularly against the South Africa variant. The new vaccines used instead of inactive vaccines that were previously used against other diseases, however, are easier to modify, to address the concerns from variants. Authorities in Europe where variants are reported urge more testing and vaccinations for risk groups to slow the spread of variants. "Countries should accelerate the pace of vaccination of high-risk groups such as the elderly and health care workers, in order to delay the introduction and further spread of variants of concern," the European Centre for Disease Prevention and Control (ECDC) said on Monday. The agency also recommended continued use of nonpharmaceutical interventions including good hand and respiratory hygiene, face masks, the cleaning and ventilation of indoor spaces, the promotion of social distancing and limiting large groups of people. The agency urged countries to build or scale up their capacities to sequence viruses in order to trace the different strains of the virus. The ECDC concluded that the risk of the further spread of the coronavirus variants in European Union countries was "high to very high for the overall population and very high for vulnerable individuals."